Meet Joe MacMillan. He’s the kind of loose cannon, live wire TV anti-hero that cable networks have turned into an industry in the ‘10s. He’s just dangerous enough to mesmerize but he’s also the kind of guy many viewers wish they could be. He takes the kind of risks that could destroy a professional reputation but he does so in a new suit and fast car. He’s slightly unstable in his aggression but he’s also fascinating in how he uses that tenacity to get ahead. As played by the great Lee Pace on AMC’s new summer drama "Halt and Catch Fire," Joe MacMillan is the kind of guy who doesn’t shrink from a confrontation but leans forward and makes eye contact with the person yelling at him. Pace perfectly captures the body language and verbal intensity of a man smarter than most people he meets but without the social awareness that keeps most of us from being this kind of asshole at our jobs. Which is why we’re going to enjoy watching him this summer.

Pace may be the best thing about "Halt and Catch Fire" but he’s far from the only reason to watch. This is smart, engaging television about the early days of the tech craze in the ‘80s. We’ve seen films about Steve Jobs ("Jobs") and Mark Zuckerberg ("The Social Network"), and HBO has a hit about the current state of the technological upstart community in "Silicon Valley," but "Halt and Catch Fire" feels different. It’s not about the "winners" of the tech industry boom but the men and women who tried to race alongside the pioneers. Some of it gets a bit repetitive and dry in the premiere but it’s mostly just set-up for three characters who I know I want to stay in touch with during the coming months. 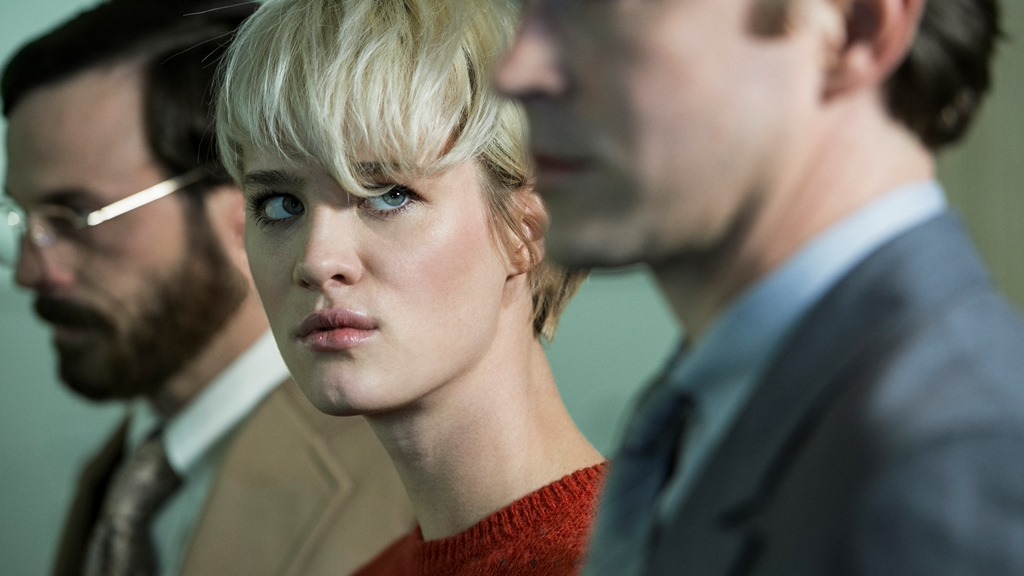 Like one of the hucksters in "Glengarry Glen Ross," Joe talks himself into a job at a company called Cardiff Electric, where he intentionally crosses paths with the very different Gordon Clark (Scoot McNairy). If Joe is the alpha male, Gordon is the zeta. He has been defeated by his many tech ideas that have gone nowhere, working a cubicle job as a sales engineer and drowning his failed dreams in the bottom of a glass. He has a supportive wife (Kerry Bishé) and two kids but he seems honestly at risk of even losing them as so many men have when they lamented what they lost instead of seeing what they still hold on to.

Joe knows about Gordon’s near-successes and knows he’s the man who can help him. He basically harasses Gordon into working with him on a top-secret project, reverse engineering an IBM PC. The company that would forever change the world released their PC only a year ago and people are racing to figure out how to make their own. In much the same way he forces Gordon into being his tech partner, despite the protestations of Gordon’s wife, Joe drags his whole company into the PC race, even bringing on a prodigy named Cameron (Mackenzie Davis) to fill out his trio of tech rebels. 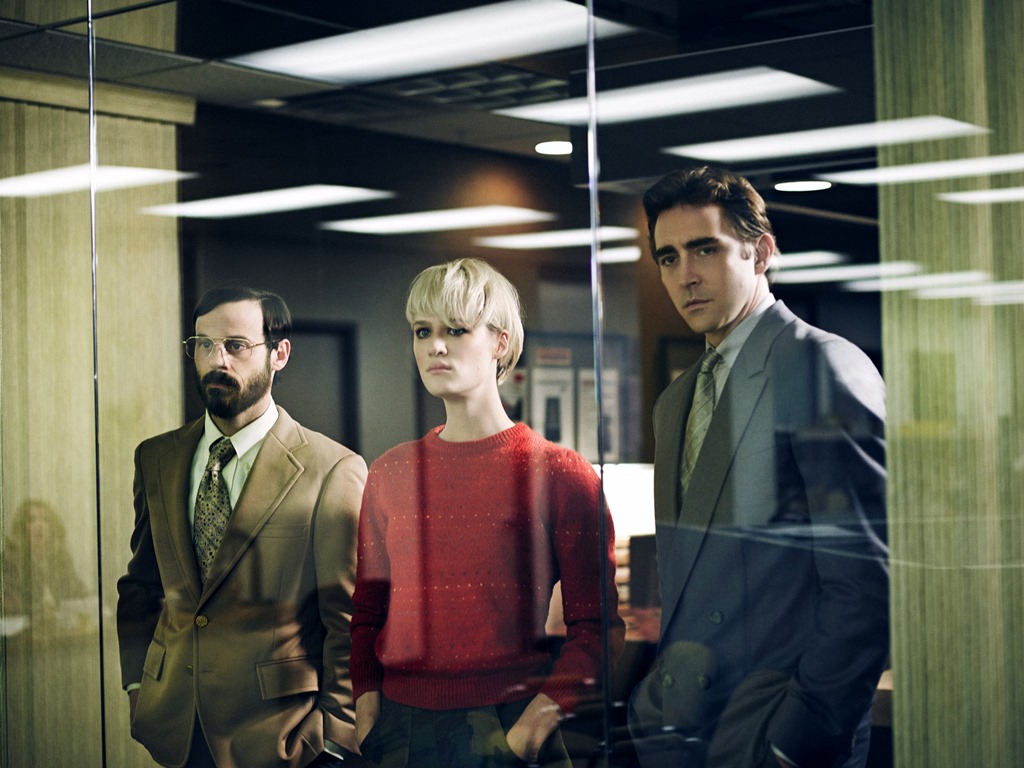 Yes, the balance of "single, aggressive leader" and "married, passive follower" feels a bit too on-the-nose sometimes but, again, this is all set-up for what I suspect will come. The people behind "Halt and Catch Fire" include vets of "Southland," "Breaking Bad," and "Rectify." In other words, this is smart TV. As clichéd as it sounds, it’s safe to say that Joe’s fearless façade will falter and Gordon’s spine will strengthen as the 10-episode season progresses. One of the reasons I feel confident about "Halt and Catch Fire" despite having only seen the premiere is the casting of Pace, McNairy, and Davis. Movie goers will recognize McNairy from "Monsters" and "Argo" while Pace has an extensive resume that includes everything from "The Hobbit: The Desolation of Smaug" to "The Fall" to "Lincoln" to the cult following that formed around his brilliant "Pushing Daisies." They’re both fantastic here. And the production is helped ably by having a craftsman like Juan José Campanella ("The Secret in Their Eyes") in the director’s chair.

The easy crib note for "Halt and Catch Fire" could be "Mad Men in the ‘80s tech world" in the sense that they’re both AMC period pieces about workplace culture and changes in the marketplace in the times they take place. It’s not quite as nuanced as "Mad Men," but it could be before the end of the season.

Obama: In Pursuit of a More Perfect Union

Cocaine Cowboys: The Kings of Miami