“Fear the Walking Dead” Captures the End of the World

Let’s get this out the way quickly: the premiere of “Fear the Walking Dead” on Sunday isn’t in the same realm as the unforgettable debut of “The Walking Dead.” Director Frank Darabont defined the visual language and world of Robert Kirkman’s graphic novel in that incredible episode, and it feels like the creators of this highly-anticipated spin-off made the wise decision not to even try and do anything that remarkable. In fact, the first episode of “Fear the Walking Dead” is likely to be considered a disappointment by the rabid fans of the AMC hit, given how much time it takes to set up its characters and world without much in the way of action. The opening of this first season of “Fear” (and AMC has already commissioned a second season) is clearly about foreshadowing more than action. But don’t worry, you get to see some of the make-up work that has defined this now-franchise. It’s not all omens of what’s to come. It’s the beginning of the end, but it is definitely the end. 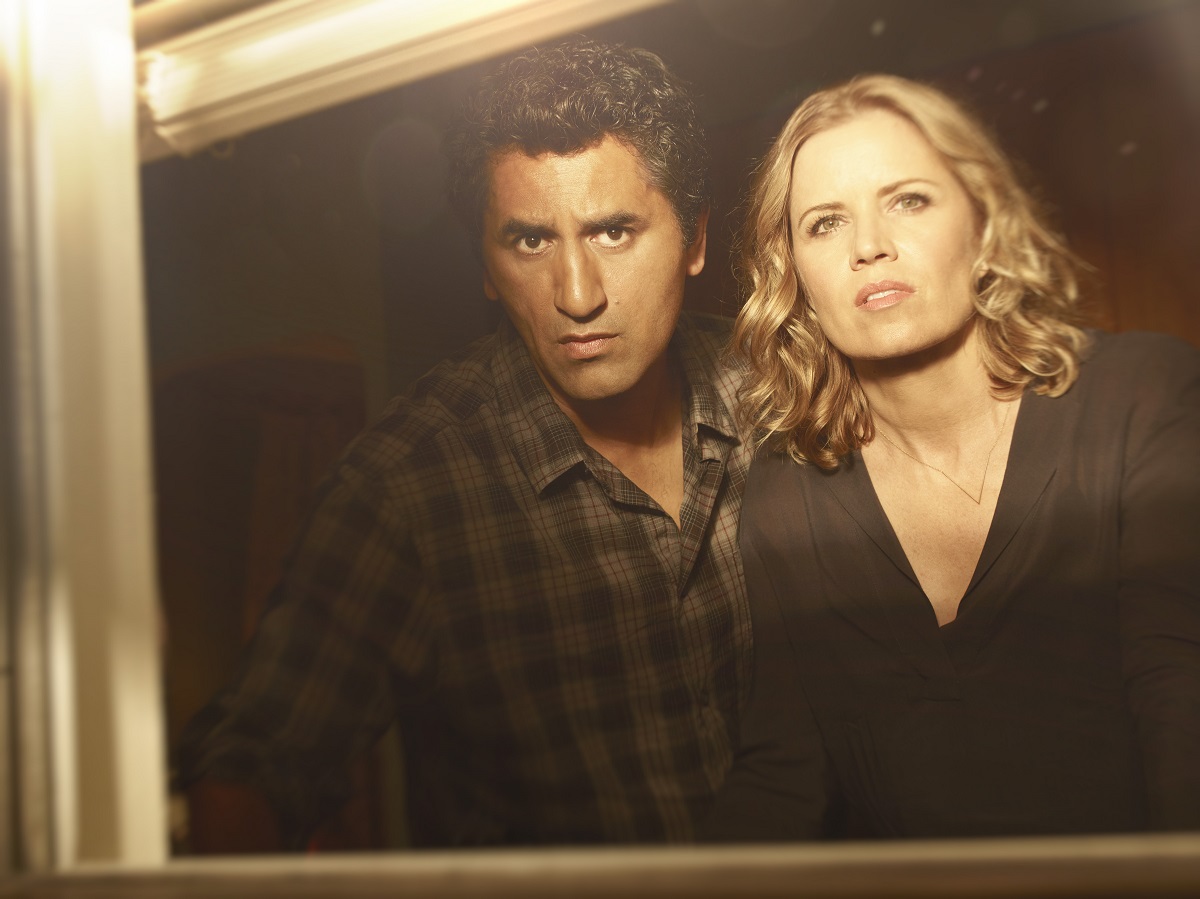 What “Fear the Walking Dead” has in common most obviously with “The Walking Dead” is an emphasis on “family,” whether that’s biological or otherwise. The family at the center of “Fear” is a blended, modern one. Madison Clark (Kim Dickens of “Deadwood,” “Gone Girl”) is a cool guidance counselor at a high school in El Sereno—the kind of caring adult who doesn’t bust the good kid for bringing a knife to school and lets him off with a warning. She’s a widow with two children, Nick and Alicia, and a new boyfriend named Travis (Cliff Curtis), who teaches English at the high school. Travis has an ex-wife named Liza and a son named Christopher, who resents dad for divorcing mom and not coming through on his promises.

“Fear the Walking Dead” actually opens with Nick, who we learn is a serious junkie, waking up in a drug hangover in a church that’s been turned into a place to get high. He’s looking for someone. He finds bloodied bodies and the girl he was shooting up with the night before chewing on them. Something is very, very wrong. Although, as it’s revealed, this is not the world of “The Walking Dead”…yet. People are going about their business outside the church, unaware of the Armageddon that awaits them. 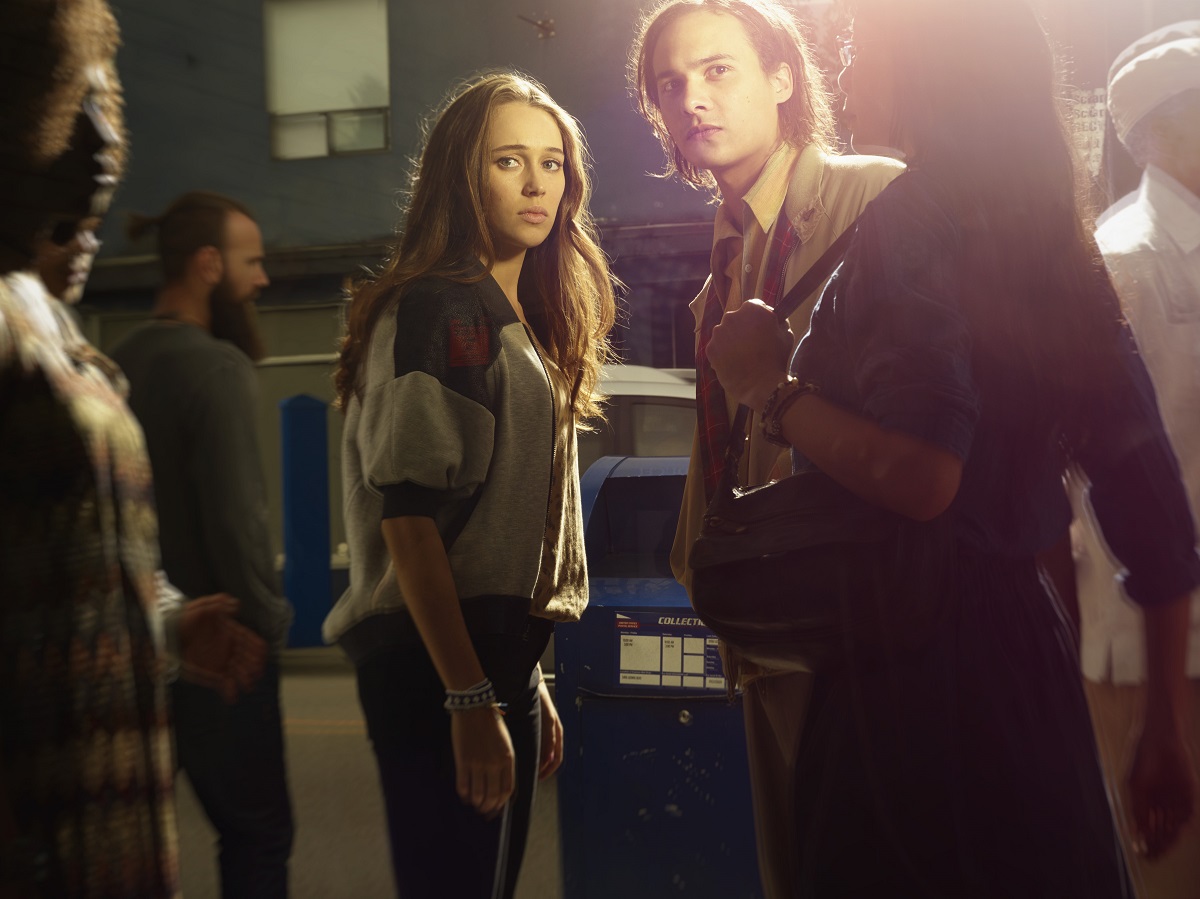 Of course, no one believes Nick. It was the drugs, right? Even mom doubts his story. But Travis starts to think there might be some truth to it. Before you know it, everyone will realize that Nick was the canary in the coalmine and they should have listened to him when they still had a chance to get out of town. Just as on “The Walking Dead,” parts of this makeshift family are separated and will struggle to get back together as civilization falls around them. Just as on “The Walking Dead,” I’ve already been surprised that a character was killed off. It must be tough to get an acting gig on one of these shows—you know your days are numbered.

The West Coast setting of “Fear the Walking Dead” gives the show a much different aesthetic than the Georgia setting of the original series. It’s not just the fact that walkers don’t yet outnumber humans—the rural look of “TWD” has been replaced by California open spaces and architecture. And yet the show also feels of a piece visually with “TWD,” which is a good thing. I particularly liked the foreshadowing in episode one of an increased number of siren sounds in the distance, although Travis teaching his students Jack London is a bit on the nose.

Production values are strong and the entire cast is effective, although they’re not given quite enough to do in episode one. The second episode (only two were available for press) is notably better as Dickens and Curtis get in on the panic and are allowed more challenging beats as actors. I think some people will be put off by the pace of “Fear,” although I’ve always been amazed at how much wandering in the woods fans of the original series were willing to put up with, so I could be wrong. Personally, I’m ready to get to it after two episodes. Let’s connect the dots from this series to the one we know so well. If the writers stretch out the foreshadowing and planning for the end too long, even fans will get frustrated. For now, the show is good enough to make the end of the world into hit television. Will it be great eventually? Maybe. The potential is there and AMC is sure committed to it. If “Fear the Walking Dead” is off to a slower start than the series that spawned it, perhaps we should be patient. After all, AMC has given the show exactly what these characters have lost: time to breathe.