They get a fraction of the buzz of FX or HBO but two cable networks have figured out a formula to dominate summer television: USA and TNT. Emmy nominations are few and far between but there are millions of people watching what could safely be called "comfort TV"—programs that don’t get weekly recaps from TV bloggers but have remarkably loyal followings. In the first quarter of this year, TNT’s "Major Crimes" and "Rizzoli & Isles," both of which return for summer seasons in the next few weeks, pulled 7.4 million and 5.6 million viewers, respectively. For comparison, the season finale of "Mad Men" didn’t break 2 million. What are TNT and USA doing right? Are there shows in here that deserve the same kind of international attention as programs like "Fargo" or "Game of Thrones" but critics are just missing the boat that so many viewers seem eager to board? Over the next two weeks, eight scripted programs will return or premiere on TNT and USA. How are they accomplishing this cable TV takeover every summer and are there any shows that stand out from the popular crowd?

It starts tonight, June 9, 2014 with the return of the wildly successful "Major Crimes" and series premiere of Steven Bochco’s new star-studded mystery series, "Murder in the First." The former is a known commodity, an incredible hit that picked up where "The Closer" left off and maintained the popularity of that Kyra Sedgwick smash, a program that really redefined cable TV writing and set the stage on which most of this year's programs stand. I would politely call "Major Crimes" reliable. It’s solid mystery writing most of the time but it lacks the subtlety and nuance that Sedgwick brought to her program. Replacement lead Mary McDonnell is an undeniable talent but she seems to be getting bored by the repetitive nature of the writing on this show. I also have to admit that the actual mystery of the 2014 summer premiere is a dull one; manipulative and unbelievable. It’s a show with a great cast who increasingly feel like they’re going through the motions.

TNT is hoping that the familiarity and fan base of "Major Crimes" will draw people to the more ambitious "Murder in the First," the new mystery series from one of the most influential creators in the history of the form: Steven Bochco. The creator of "Hill Street Blues" and "NYPD Blue" returns to a concept he tested in the past on the truly underrated "Murder One"—a season-long whodunit—but with a bit less edge and more tonal commonality with the TNT model of the modern mystery. Bochco and his team of writers find more character depth than we commonly see on TNT & USA programming, which is nice, but the show does feel a little flatter and more predictable than fans of Bochco’s best shows may expect. The mystery may be dull but the cast finds a way to elevate it, led by Taye Diggs and Kathleen Robertson as two cops who get entangled with a Zuckerberg-esque tech pioneer played by "Harry Potter"’s Tom Felton. The supporting cast includes Richard Schiff, James Cromwell, and Steven Weber. Maintaining audience interest in one mystery over the course of a season can be tough for any show that’s not "True Detective" but Diggs and Robertson ground the show in interesting characters at its core, allowing scene stealers like Schiff and Cromwell to do what they do so well. Of all eight shows premiering on TNT and USA in the next two weeks, this is the one I’m most likely to return to. 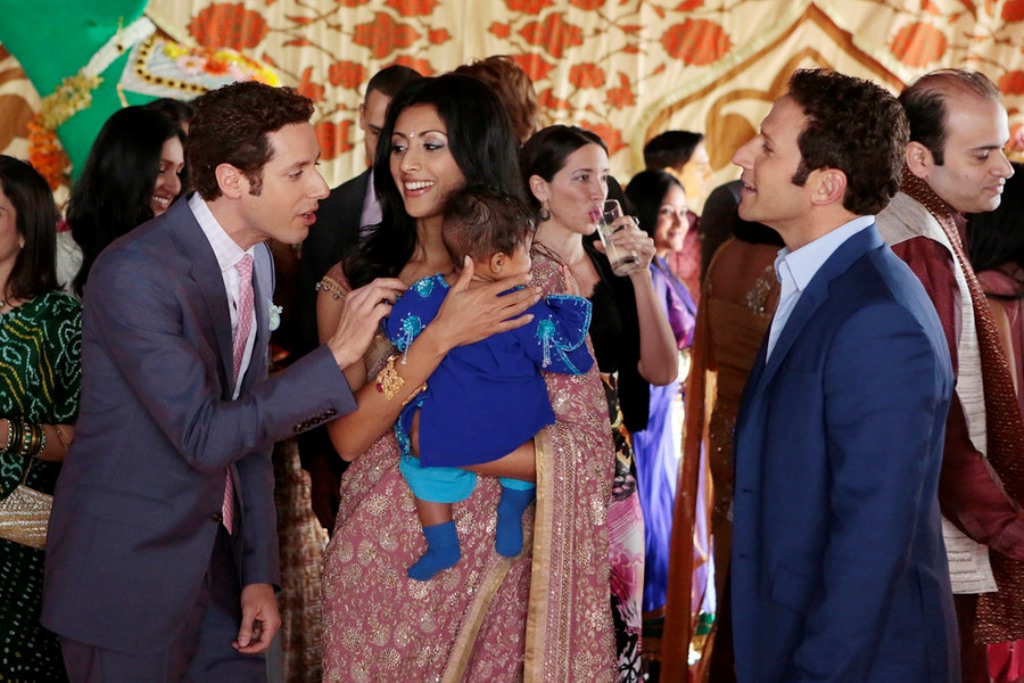 Tomorrow night, USA gets in on the action, bringing "Royal Pains" back for a remarkable sixth season. As the press screener says, "Royal Pains promises to bring more fun and sun…" Again? The adventures of a group of doctors for the remarkably wealthy elite of the Hamptons used to be the kind of summer diversion of which I considered myself a fan. You may have to work in the summer, but you can take a virtual trip to the Hamptons every week by living vicariously through the beautiful people of HankMed. Six seasons in, that kind of modest guilty pleasure approach to "Royal Pains" doesn’t bring the same joy. I still like the cast (especially Reshma Shetty) and the season premiere is a typically light diversion but it’s a show that’s spinning its wheels a bit, like returning to the exact same location every Memorial Day; it still looks nice but you might want to visit somewhere new.

And these three shows are just the beginning: USA keeps the premieres coming on Wednesday with the return of "Suits" and "Graceland"; TNT brings back the modest hit "Perception" and smash success "Rizzoli & Isles" on Tuesday, June 17th; and TNT ends the onslaught with action hit "Falling Skies" and the new "The Last Ship" on June 22nd. The best of that bunch is the charismatic "Suits" and the well-paced action of "Falling Skies." For most of them, you know by now whether or not you’re on-board. 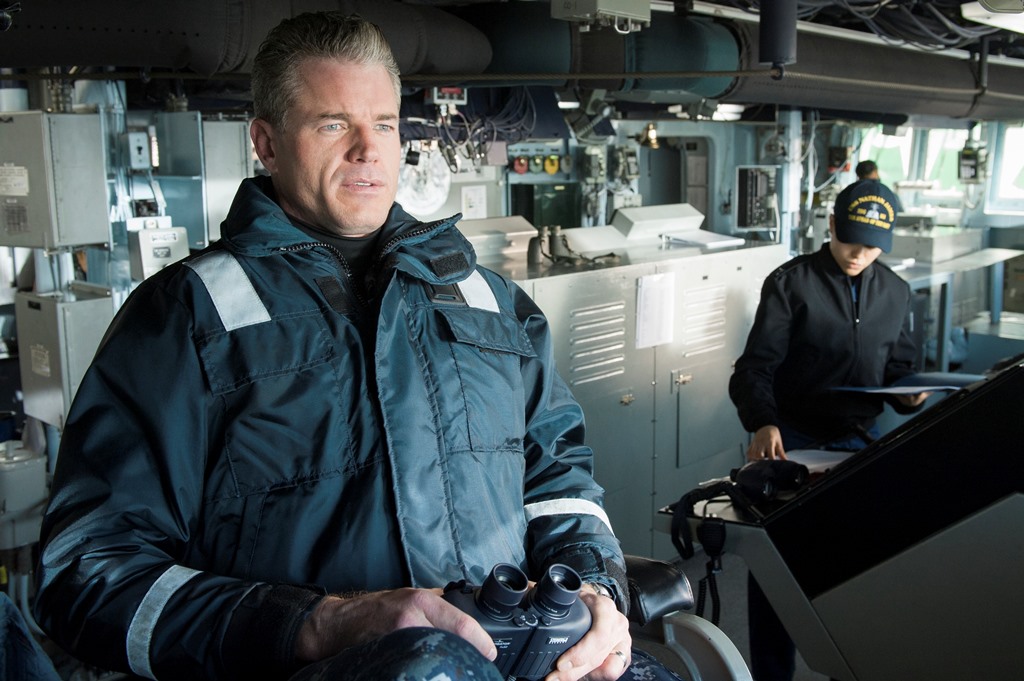 The one question mark in the bunch is the only new show: "The Last Ship," starring Rhona Mitra, Adam Baldwin, and Eric Dane. It has all the bells and whistles of a Michael Bay production. The camera never stops moving and the score never lets up. It looks great but the plotting of the premiere, in which the world falls victim to a horrendous virus and a battleship that has avoided infection could be the only way to find a cure, is stale and manipulative. Square-jawed Dane has the charisma to carry the concept but it’s handled with all the subtlety of a lead balloon. It’s an odd hybrid of patriotism and sci-fi in that it has all the hallmarks of a traditional military-driven series married to a "what if" scenario about the end of the world. "The Last Ship" is a show that I kept wanting to enjoy more than I was (being a big sci-fi nut and looking for a new summer diversion) but I could never get on its wavelength. However, if the history of TNT and USA programming prove anything, this means it will be a huge hit.

So, how are TNT and USA finding such success? How are they constantly out-delivering networks like FX and AMC but getting only a fraction of the critical attention? Both networks recognize that they don’t need to break the mold to attract viewers. Just tweak it a bit. And critics and journalists often have trouble recognizing quality in the familiar. Everything has to be "new" and "groundbreaking." The model of success on USA and TNT takes clichéd concepts and realizes that casting them well is half the battle to making them feel new to viewers who don't watch as much TV as the journalists who write about it. You’ve seen shows like "Murder in the First" before. Even Steven Bochco would admit that. But you haven’t seen one with Taye Diggs and Kathleen Robertson. Much like the mass-market mysteries that millions of people buy at the airport or take to the beach in the summer season, the outlines are essentially the same but the details have changed. And critics are wrong to think that successfully playing within formula is easy. Sometimes you want something new from your entertainment but we all find comfort in the familiar. And USA and TNT have made a fortune recognizing that and taken over the summer by doing so.