More and more often, I hear from TV watchers that the number of options is becoming overwhelming. Long gone are the days when most quality television was on the traditional broadcast networks like ABC and NBC; we’re even well past the days when you could safely get by just by adding HBO and maybe Showtime. AMC and FX lead the way creatively as much as any network on television, and the last couple years have seen a boom on other networks as well, including Amazon and Hulu. Well, I’ve got good news and bad news. The good news is that there’s a really solid crime show starting this week starring one of our best living actors, produced by an all-star team of creatives, and based on a book by one of your favorite authors. The bad news is that you’re going to have to find another network, AT&T and DirecTV’s Audience Network.

That’s the home for “Mr. Mercedes,” based on the bestseller by Stephen King. While source material authored by our most prolific writer has been sketchy at best of late with failed adaptations of “The Mist” and “The Dark Tower,” I’m happy to report that this 10-episode mini-series suffers no such fate. Not only has King’s potboiler tone been faithfully adapted, it’s been expanded upon, turned into an exploration of class and the definition of masculinity by the remarkably talented David E. Kelley, who performed similar duties for HBO earlier this year with “Big Little Lies” (taking pulpy source material and deepening it through his skill with character and dialogue). Kelley is assisted here by director Jack Bender, a veteran of “LOST” and “The Sopranos,” among many others, and the fantastic author Dennis Lehane (“Mystic River,” “Gone Baby Gone”) even stops by to pen the fourth episode (only the first four were sent to press). This is an all-star crew operating at near the peak of their abilities. It makes for a tight, terrifying story of a retired cop and the madman who got away but won’t go away.

“Every cop gets one they just can’t shake, this is mine.” That’s retired Detective Bill Hodges (Brendan Gleeson) speaking about the case that haunts him, started the morning that a lunatic put on a clown mask and drove a Mercedes into a crowd waiting outside of a job fair, killing 16. The premiere episode shows us this event in jarring detail, especially given the frequency that such events, in which cars are used as weapons of mass murder, have been taking place around the world. Some will consider the prologue offensive, and I wouldn’t blame them if they do. For me, it’s right on the edge of feeling exploitative, easier to digest if one considers its loyalty to the source material and not capitalizing on recent events. 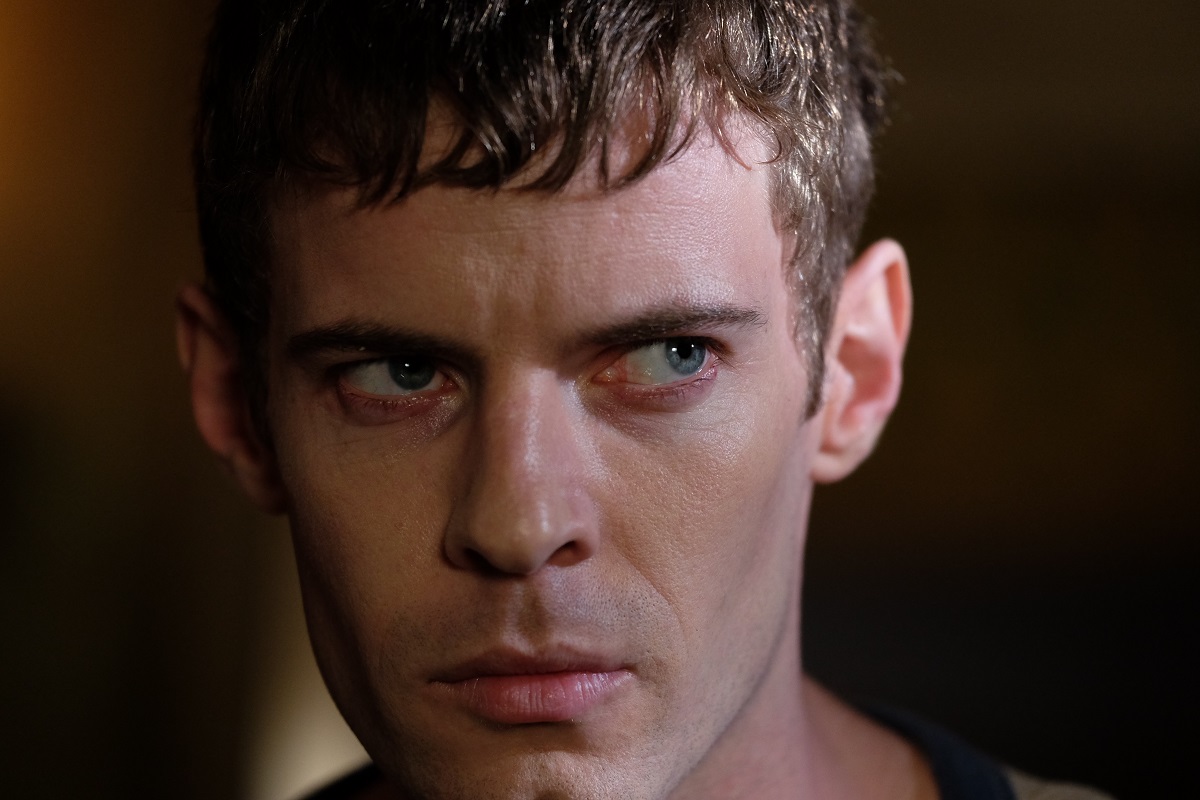 Two years after the job fair killings, Hodges has retired, but the man known as “Mr. Mercedes” won’t let him go. We quickly learn his identity, a relatively milquetoast young man named Brady Hartsfield (Harry Treadaway of “Penny Dreadful” fame, taking a role originally planned for Anton Yelchin), who works at Radio Shack-esque computer store and lives with his abusive/alcoholic mother (Kelly Lynch), with whom he has a very dark past. In the privacy of his basement lair, Brady is a monster, especially when he can hide behind the anonymity provided by technology, but he blends in at work, serving as a terrifying reminder that the craziest people in our society don’t often display their insanity externally. Brady also happens to be an ice cream man, allowing the show the extra layer of suspense created by a sociopath having a job that puts him near children.

Kelley and his team expand on many of the supporting characters from a book that really only featured two. Mary Louise Parker shows up as the sister of the woman whose Mercedes was stolen that day; Holland Taylor appears as Hodges’ concerned neighbor; Jharrel Jerome of “Moonlight” plays a local teenager who ends up assisting his neighbor when he needs tech help. “Mr. Mercedes” is a slow-burn cop show, the kind of program that sometimes drags its feet a bit too much for its own good—I think there was probably a great eight-episode series instead of this good ten-episode one—but the rhythm allows for character-driven performances from its talented cast. Gleeson is particularly phenomenal, but he simply is every time he’s on screen in pretty much anything. He’s one of our best and most underrated actors.

“Mr. Mercedes” may be too slow for viewers increasingly accustomed to binging their entertainment, but the pace makes way for more thematic exploration than King’s book. Kelley is playing with class—a jobs fair, drama at the tech store, an Obama speech on the radio about growth—and concepts of masculinity. (Lehane’s episode in particular deftly toys with this last concept, contrasting Brady against a macho asshole at the store who earns his ire.) It’s also a show that plays with our addiction to technology. Mr. Mercedes can access your computer and even your television, forcing you to see things you’d like to forget. And the show about him may force you to add another network to your roster.