“The man in black fled across the desert, and the gunslinger followed.” With that great opening line, an obsession began for millions of readers of Stephen King’s series of books that would eventually be known as The Dark Tower. The first book was actually called The Gunslinger, and it was a relatively small volume of brilliant sci-fi/fantasy that used iconic imagery to begin the crafting of a world that would become as rich as those created by George R. R. Martin or J.R.R Tolkien. Over the next few books—The Drawing of the Three, The Wastelands, and Wizard and Glass—King did some of his best writing (the series would actually stretch to seven books and a series of comics, but it’s the initial quartet that holds a special place in my heart). I only mention all of this to place the failure of the long-delayed “The Dark Tower” in the right perspective: this isn’t just a mediocre movie—although it is most definitely that—it is a wasted opportunity to fulfill the promise of that opening line from 35 years ago.

Plagued by reshoots and dogged by rumors of poor test screenings, “The Dark Tower” once looked like it would be one of the more notable failures of 2017. Honestly, I kind of wish it was. As is, it’s more forgettable than loathsome, the kind of movie that occasionally rubs salt in your wounds by reminding you what could have been, but mostly just dissipates from memory as it's playing. The two leads here—Idris Elba and Matthew McConaughey—work just fine in these iconic roles, and you just want to pick them up and put them in a better movie, one that doesn’t seem stuck in the valley between trying to satisfy hardcore fans of the series and the moviegoers who have never heard of Roland and Walter. By trying to do both, the movie ends up doing neither.

The problems start immediately. Someone probably thought that making Roland, the title character of the first book, the lead of the first film wouldn’t satisfy a wide enough demographic. And Hollywood is obsessed with stories of teenagers who discover their bad dreams or hidden secrets are actually the keys to the salvation of the universe. So, instead of the origin story of Roland (which will apparently now be told in a television series, also starring Elba), our protagonist here is really Jake Chambers (Tom Taylor), an essential character in the books reimagined here as a troubled New York teen without much of a real personality. As with almost everyone in this film, he’s a device, a way to push the exposition forward to meet a contractually-mandated running time.

Here’s what we learn about the movie version of Jake, who is basically like the kid reading "The Neverending Story" in that he constantly tries to explain to the audience what's going on. Jake has prophetic visions of both the Gunslinger Roland (Elba) and the Man in Black Walter (McConaughey). He also has visions of a massive tower, which we learn is basically keeping the order of the universe. Walter wants to destroy this tower, and he knows that there’s a child out there with the power to help him do so. Of course, that child is Jake, who it turns out has the same power as the young man at the center of “The Shining.” He can read minds and other such things that Walter will harness to blow up the tower. “The Dark Tower” is filled with references for King nuts, including, among others, a moment where Roland glances behind a pin-up poster while looking for an exit (“The Shawshank Redemption”) and the numbers “1408” above a portal. Did I mention the portals? I got distracted. It’s easy to do so with this movie.

Roland, Walter, and eventually Jake cross between worlds through portals. It’s not long before Jake and Roland team up, but Jake questions whether or not his new gun-toting pal is going to help him save the tower or if he just wants vengeance against the man in black. A few other characters flit around the fringe of this thin piece of storytelling, but it’s essentially a three-character piece.

And two of those characters are actually pretty well defined. Elba brings a nice gravity to Roland that fits the character well, a combination of a man haunted by the ghosts of his past and driven to do what’s right to avenge them. And McConaughey dances on the edge of hamming it up in the villain role, reining it in just enough that one can see how well he could have been utilized with a better script and vision for the project.

Because that’s where this tower crumbles. “The Dark Tower” is hollow. It is soulless. It is a film that never quite figured out what it wanted to be, and so elected to be nothing much at all. Worst of all, it’s clearly been chopped up by those reported reshoots and test screening edits. There’s a scene with a demon in a house that just ends and much of the final act material features a Jake who looks a lot closer to puberty than when the movie began. Weird humorous bits feel like they have been spliced in, trying to find as big an audience as possible. And while some may criticize Stephen King’s more populist works, that’s a charge that could never be lobbied at The Dark Tower. These books had vision. They created worlds. They used iconic imagery to explore timeless themes. “The Dark Tower” plays it so safe and takes so few risks that its greatest sin is in being the one thing those formative books never were for so many people: forgettable. 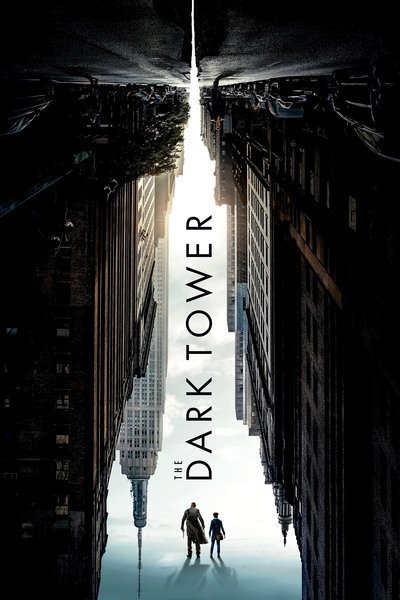 Rated PG-13 for thematic material including sequences of gun violence and action.

Writer (based on the novels by)