Amazon’s “Sneaky Pete,” premiering in its first-season entirety this Friday on Amazon, might be the streaming service’s most fun show. I’ve been satisfied with seasons of “Bosch” and the Golden Globe-winning “Goliath” and “Transparent,” but this is a show with the enjoyment potential of something like “Justified,” with which it shares a creator. It’s clever, quick-paced and, well, fun. Interestingly, it starts as a slightly different show than it ends up being, a product of Amazon’s unique pilot system and a tumultuous behind-the-scenes shake-up that essentially altered the tone and trajectory of the program. The pilot of “Sneaky Pete” that has been on Amazon for over a year now is a witty show that feels not unlike the best programs of USA Network’s “Characters Welcome” phase like “Burn Notice” or “White Collar.” It was clearly set up to work as a case-of-the-week series, and was actually originally pitched to CBS, who passed on it in favor of “Battle Creek” (yikes). After Amazon picked it up, the show was not only made darker (the knobs on the violence, language, and nudity dials turned up) but turned into more of a “Peak TV Era” serial drama. To assist in this transition, creator David Shore was replaced by Graham Yost, one of the smartest men in TV, and the guy behind “Justified.” So when “Sneaky Pete” starts to feel like a “Get Shorty”-esque Elmore Leonard novel, that’s not a coincidence. 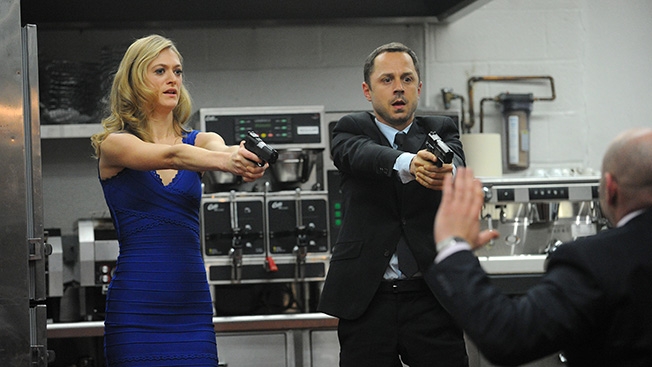 Marius (Giovanni Ribisi) is a very smart con man. His brother Eddie (Michael Drayer) is a very dumb con man. Eddie gets Marius into some hot water with a local tough guy named Vince (Bryan Cranston), who stakes Marius for a high-money con that goes South. In debt to the tune of $100k to a lunatic, Marius needs a place to hide when he gets out of jail. Luckily, he has a real talkative cellmate (a cameo by Ethan Embry) named Pete, who tells him all about his childhood at his grandparents’ house in the country. The greens were brighter, the apples tasted better, and grandpa rebuilt the tire swing every summer it broke. Marius sees a chance to hide out as Pete, and maybe swindle the poor guy’s loving grandparents to cover his debt.

So Pete/Marius ends up on the doorstep of Audrey and Otto Bernhardt (Margo Martindale & Peter Gerety), who happen to own a bails bonds company. And here’s where the case-of-the-week dynamic kicks in. In the first episode, Pete/Marius works with the woman who thinks she is his cousin, Julia (Marin Ireland), to track down a bail jumper (Domenick Lombardozzi), who may be more dangerous than she thinks. Marius has to hide his identity, especially from the suspicious Audrey (and no one plays suspicious better than Martindale) while also doing the job. He’s also trying to find an angle to save his brother, who’s essentially being held prisoner by Vince and his crew. 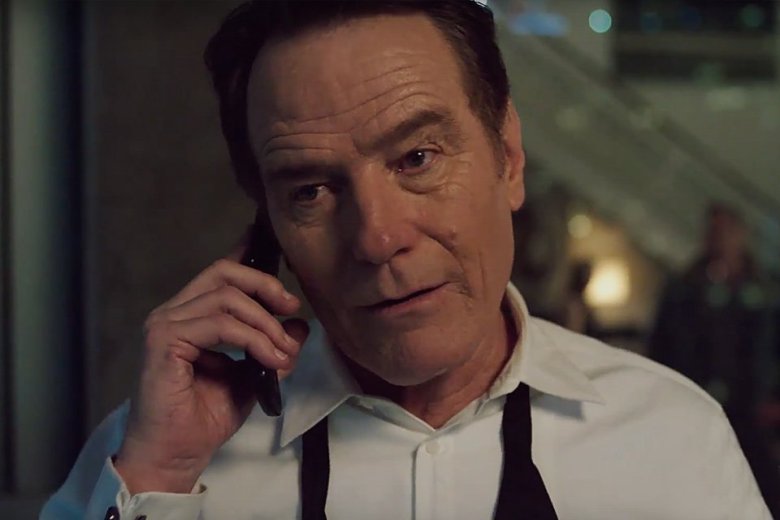 The subsequent episodes sent to press have a much darker tone than the premiere, which is fun but slight. Cranston, who only had a cameo in the premiere (and was added after CBS passed and Amazon took over) becomes a regular, menacing presence. Few actors can blend charm and malevolence like Cranston, and he fits perfectly in Yost’s Leonard-esque world of gray morality. It makes one wish he had done an arc on “Justified.” As the show gets darker, it also offers more to its actors, especially Martindale and Ireland, who are both excellent. Malcolm-Jamal Warner pops up as Marius’ tough-talking probation officer, Alison Wright of "The Americans" makes an appearance and Victor Williams co-stars as one of Vince’s tough guys. It’s one of those pieces, again like “Justified,” where small roles are filled by interesting actors.

At times, “Sneaky Pete” plays like a cousin of “Better Call Saul” regarding the cons that Jimmy McGill (Bob Odenkirk) runs on that show. Marius/Pete is always scrambling, always trying to figure out the right angle at the right time, and Ribisi is good with this morally complex character. The writing isn’t as dense or challenging as “Saul,” but it’s not intended to be. This is more of a diversion, a miniature version of “Ocean’s 11” or “Get Shorty” with its twists and turns, memorable bad guys and complex cons. Marius has clearly underestimated both Vince and Audrey, and just seeing Cranston and Martindale play with these kind of intellectual characters again is worth the price of your Amazon Prime subscription. They’re two of our best. This show won’t win either the awards that they have in the past (Martindale for two Yost shows as a matter of fact; he also worked on “The Americans”) but its ambitions aren’t that high. Like so many other Amazon shows, it doesn’t take itself too seriously. It’s a reminder that TV can be fun.