While comedies “Transparent” and “Mozart in the Jungle” have been award-winning successes, Amazon is still in search of a similar breakthrough on the dramatic side of the party aisle. While “Bosch” and “The Man in the High Castle” have fans, and several other shows are in various stages of production, the service is bringing out the big guns with the two new hour-longs in their slate of original programming known as pilot season. Accompanied by a large number of children’s offerings this year, these are the only two programs for adults. It’s almost as if Amazon has focused all of its energy on these two programs, both of which are based on bestselling novels, both of which are period pieces, and both of which feature A-list casts and Hollywood directors. Has the effort paid off? Have they found their “House of Cards” and “Orange is the New Black”? Sadly, not yet.

“The Interestings” is the better of the two pilots if one merely judges them as hour-long short films, but it seems likely that “The Last Tycoon” will be the better program overall, largely due to the fertility of its setting and the talent of its cast, including a leading man who would have been a gigantic star in the era in which the show is set.

Let’s start with “The Interestings,” based on Meg Wolitzer’s best-selling novel. The show jumps (and I mean jumps) across three time periods, taking place in the mid-‘70s, mid-‘80s and mid-‘90s—all of which are overly defined by the use of pop music (“It’s Blind Melon, must be the ‘90s!”) In 1974, we meet a group of young, smart, artistic people who get together at a summer camp. Directed by the excellent Mike Newell (“Four Weddings and a Funeral”), the opening scenes of “The Interestings,” while somewhat clichéd, play to the director’s skill with character and witty dialogue. This is a show about people who aren’t just smarter and more creative than most of their peers, but about how much they’re aware of that difference. It is only with a slight tinge of self-awareness that they dub themselves “The Interestings.” 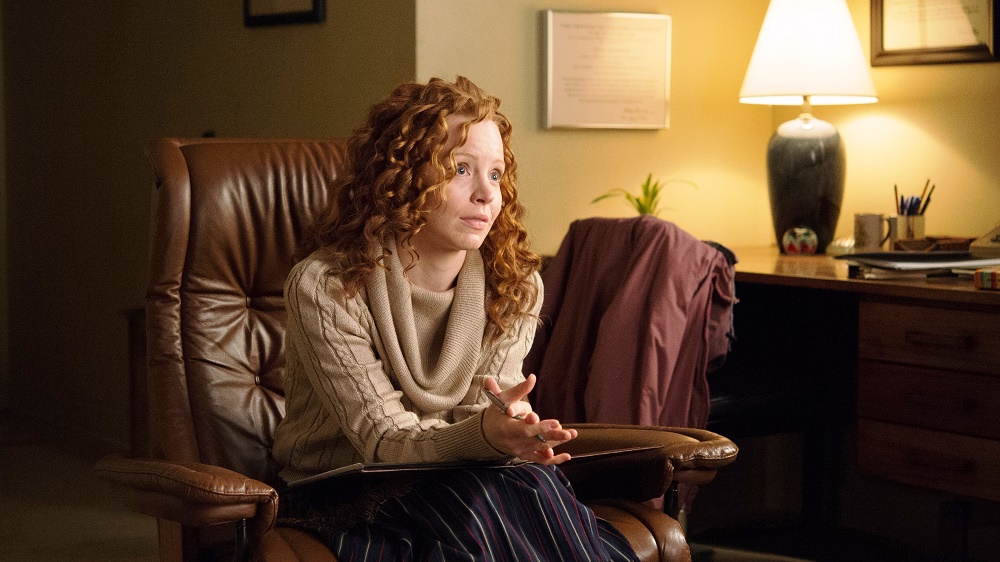 Of course, no one’s life is as interesting as they expect it will be when they’re a teenager. And that’s the main theme of “The Interestings,” checking in with characters in their teens, twenties and thirties—noting the differences along the way. The center of the show is Jules Jacobson (Lauren Ambrose of “Six Feet Under”), an aspiring actress with a bit of an attitude problem. Ambrose is good, and I imagine the character is deeper in the novel, but Jules is pretty awful on this show, sour to almost everyone around her, including a husband to whom she clearly considers herself superior. More interesting are Jules’ friends Ash (Jessica Pare) and Ethan (David Krumholtz).

Newell is great with character but he’s saddled with a script that doesn’t play to his talents as a director. The biggest problem is one that it sounds like the book didn’t have in that the show jumps around in time whereas the novel was more chronological. This bounces around more than "Memento." What’s interesting is that the show works in moments or beats within that structure. There are scenes that are very strong—all of the actors are good, especially Pare and Ambrose—and it’s undeniably biting of a lot thematically. These people are approval junkies, the kind who loudly verbalize their intellectual superiority but are desperately in need of confirmation of their political, sexual and moral beliefs. And how those people change from the optimism of the ‘70s to the cynicism of the ‘90s clearly makes for interesting fiction. If anything, this pilot made me want to go read the book. It just didn’t get me too excited to see another episode.

I had a similar response after the end of “The Last Tycoon,” also a high-profile period piece based on a novel, this one by F. Scott Fitzgerald, and written and directed by Billy Ray (“Shattered Glass,” “Captain Phillips”). “Tycoon” has the sheen of a feature film immediately, from the score by Mychael Danna (“Life of Pi”) to the sexy opening credits. Matt Bomer plays Monroe Stahr, the king of the Hollywood back lot. Kelsey Grammer plays his boss; Lily Collins is the boss’s daughter, who wants to be a producer and may become a love interest; the great Rosemarie DeWitt plays the boss’s wife. Monroe is a studio executive at a fascinating time in history as the Great Depression is unwinding and World War II is just beginning. Too much of “The Last Tycoon” pilot feels slow and thin—like modern actors playing dress up on a backlot. And yet it often feels like there’s more here to play with long-term and that Ray is just setting up the pieces to knock them down. Whereas “The Interestings” has WAY more going on in its pilot, that hour feels rushed and eager to please. If that’s the whole novel, “The Last Tycoon” is just an introduction. With the star power of Bomer and Collins, I’m eager to see where it goes.