You don't even want to know what a scrunt is... 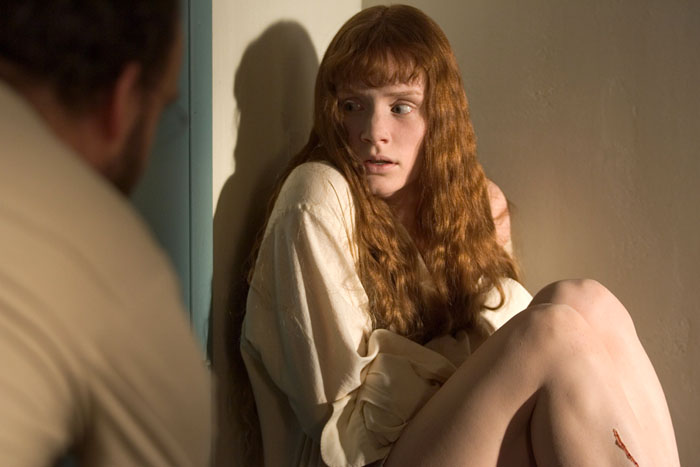 Don't let a scrunt near that bleedin' narf!

The ferocious topiary bear-like creatures who inflict near-fatal superficial wounds on a narf in M. Night Shyamalan's "Lady in the Water" are called "scrunts." (I think there's only one of them in the movie, but it's hard to tell.) Shyamalan, who improvised this tale for his young daughters before he released it as a movie and a children's book, may have some explaining to do. According to the Urban Dictionary, a "scrunt" is nasty filthy slang for a ... dirty lady and her parts. If you want to learn more, beware: the vulgarism contained in the word "scrunt" (aka the c-word) is part of the definition. According to MSN Encarta, however, "scrunt" is Caribbean slang, an intransitive verb meaning "financially strapped: to be in a poor financial situation." Like the wolf at the door, if you catch my drift.

You're in safer waters with narf, which is said to be "a substitute word, does not need to be for a curse word, can be used in any circumstance," from the TV show "Pinky and the Bean Brain." BTW, "Tartutic" and "Eatlon" are undefined.

(Thanks, I think, to Jeff Shannon)