When critics get slashed & butchered 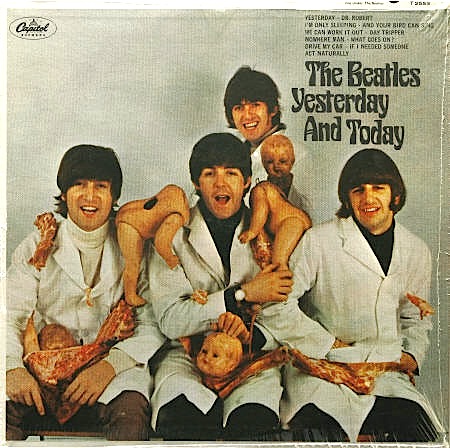 On the state of film criticism, yesterday... and today.

An open letter to the Seattle Weekly from Michael Seiwerath of the Northwest Film Forum (posted at GreenCine Daily) should remind us, on the one hand, what's lost when local film critics are replaced by syndicated content, and, on the other, why we are so fortunate not to have to rely exclusively on pulp-and-ink-based movie criticism.

The Seattle Weekly ran a review of the acclaimed documentary "Our Daily Bread" that was credited to J. Hoberman, longtime critic at the Village Voice, another "alternative weekly" in the Voice/New Times chain. But anybody who's ever worked at a newspaper knows what happens to "wire copy" -- it's sliced and diced to fit whatever hole you have to fill. Hoberman's original review combined his takes on Richard Linklater's similarly themed "Fast Food Nation" with "Our Daily Bread," but only part of the latter segment ran in Seattle. The result? Seiwerath describes it as a "botched cut-and-paste truncation":

What ran in the February 21 edition of the Weekly is a recombinant jumble, devoid of time or place. Hacked from the end of the original review, the Weekly piece contains unexplained, unintelligible references to "[Fast Food] Nation." The reader is left confused, with a mess of an article that is only made clear by some internet research into what happened four months ago and 3000 miles away. More than simply an editorial production error, this virtual review is the systemic result of a flawed new business model.

The planned efficiencies of media consolidation by the New Times are failing. Without a film editor and consistent criticism written by local writers, the reviews often contain factual errors and obvious references to openings in other cities. This is a system that is no longer serving either the reader or the advertising base. Borrowing from J Hoberman's description of a fast food hamburger, the individual review has become "the ground residue of many, many messily butchered animals."

Like many chain publications, the Village Voice-owned Seattle Weekly (where Richard T. Jameson wrote in the '70s and '80s) has been running reviews from critics at its fellow papers, such as Hoberman at the Voice and Scott Foundas and Ella Taylor (another Seattle Weekly veteran) at the LA Weekly, ever since even the Voice itself cut back its roster of critics. (Hoberman's the only one left, after Michael Atkinson and Dennis Lim were let go in October.)

The pattern is not unfamiliar: In the late '80s and early '90s, I was the film critic for The Orange County Register, one of the country's 25 top-circulation newspapers and the third largest paper in California (after the LA Times and the San Francisco Chronicle). But, even given its valuable proximity and access to the heart of the movie industry (I lived and worked in Hollywood), a few years ago it chose to drop my successor, Henry Sheehan, in favor of running reviews from another Freedom Newspapers critic -- at the East Valley Tribune in Mesa, AZ. (See story about "content sharing" here.) Hey, they figured, why pay two critics to review the same movies?

At this rate, the idea of "professional-grade" criticism at so-called "alternative weeklies" (which has always been a hit-or-miss proposition, anyway) is pretty much a joke. What is "alternative" about these weeklies if they're running the same syndicated copy their sister papers print in other towns? The diversity, the ambition, the experimentation -- and a whole lot of the crap -- that used to be published by these small local papers is now available on the web, along with reviews by amateurs and professionals at thousands of papers, magazines, blogs and online publications around the world. And in a surprising number of cases, the unpaid bloggers, the ones who are driven by their passion for film and a hunger for knowledge, are doing more solid, penetrating work than the soon-to-retire former sportswriters who are simply cashing paychecks on the movie beat. Just look around (you can start with the blog and zine recommendations in the right column). Newspapers may not be extinct any time soon, but I fear newspaper film critics may be on the endangered species list already.