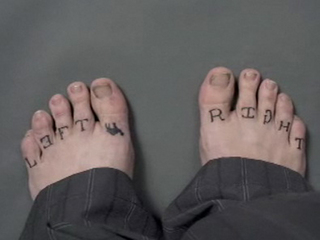 "When in uniform I have to be the exact same as everyone else, I need to look exactly like them." -- a soldier in "Tattooed Under Fire"

As a person of ink (and I'm not just referring to the stuff that runs through my newspaperman veins, but to my eight tattoos -- so far), I know how intimately tattoos can project images of who you are (or were at the time of the tattooing) from the inside out. And how they conversely shape your identity through the incorporation of symbols, literally internalizing them under your skin. My tattoos are me, as much as any other part of my mind or body. They are physical memories, ideas made flesh. Beginning Wednesday (11/11/09), Veteran's Day, PBS stations will be showing a documentary about Fort Hood soldiers and their skin art called "Tattooed Under Fire." I haven't seen it in advance (my TiVo is set to record it tonight), but Mary Elizabeth Williams wrote at Salon.com just a few days ago: 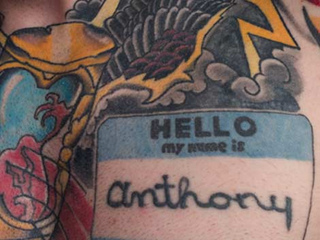 "This is Fort Hood, and it goes on for miles and miles and miles." Director Nancy Schiesari's riveting documentary, "Tattooed Under Fire," about the River City parlor in Killeen, Texas, and the soldiers who patronize it, was already being hailed as one of the great unreleased films of the year when it finally got picked up to air this month on PBS. But in a grim piece of poetic timing, suddenly the world is looking to understand how the largest military base in the country could become the site of one its worst mass murders, an attack that left 13 dead and 30 injured.

Trailer and showtimes after the jump...

Click here to find out when "Tattooed Under Fire" is airing (on PBS stations) in your vicinity.