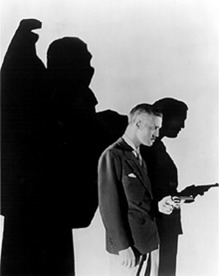 1) Milestone 20th Anniversary: Yes, this very day is Milestone Films' 20th Anniversary Day on Turner Classic Movies, which means you have an opportunity (Wednesday, June 23, 2010, into the wee small hours of Thursday, June 24, 2010) to see such restored essentials as Charles Burnett's "Killer of Sheep," Kent Mackenzie's "The Exiles," Mariposa Film Group's "Word is Out: Stories of Some of Our Lives," Henry de la Falaise's  "Legong: Dance of the Virgins and Roland West's "The Bat Whispers." Check your local listings, dammit.

And keep an eye out this year for the Milestone 20th Anniversary Road Tour, bringing 35mm prints of these and other great and near-great films to a town near you (no need to lock up your daughters). Much gratitude and affection to Amy Heller and Dennis Doros for more than 20 years of great work -- and hearty congratulations! (Adam, you are indeed a fortunate son -- in a good way!) 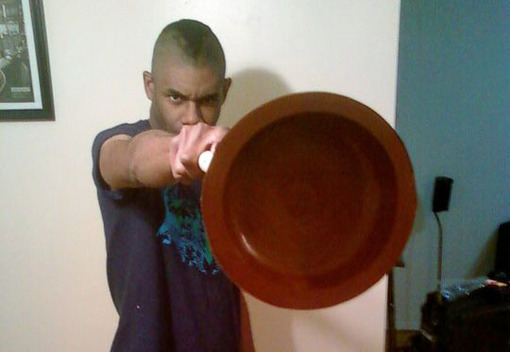 2) The Best of Everything: Filmmaker and critic Steven Boone of Big Media Vandalism has made some of the most innovative and resourceful critical video essays of recent years, some of which you've seen and read about right here on Scanners. Here's your opportunity to help him out with his new project -- and see a sample of the work-in-progress:

"The Best of Everything" is my latest and most ambitious video essay, a ten-chapter series. I use the format to lampoon, poeticize and dissect my own struggle to find love, meaning and a purpose during the tumultuous past decade in New York City. This is the story of a blue collar working stiff who insisted on writing and chasing his addiction (movies) against all reason-- and even after I went homeless. In this video, you will hear cultural/social commentary you just can't get from The New Yorker or The Times, not only from myself but also the movie-mad folks down here in the streets with me. I'm coming from a place Shohei Imamura called "the lower half of society"-- or, as I call it, the best seat in the house.

All my previous videos have been completed on borrowed, broken and public computers. (The New York Public Library and the Apple store will be thanked after God in my Oscar speech. :)) To bring off "The Best of Everything" I will require the following:

I pledge that the resulting video will be as thought-provoking, easy to digest and easy on the eyes as I can make it. It should also be pretty funny.

You can make a pledge through Kickstarter here. Go for it!

Next Article: Thought experiment: Are some movies better if you don't see them? Previous Article: Stupid is as stupid does

Thought experiment: Are some movies better if you don't see them?

Stupid is as stupid does