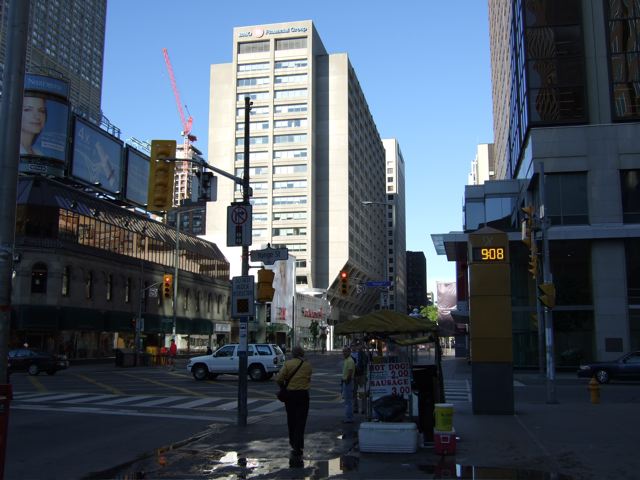 View image The ManuLife Center (glowing beacon in the middle of the shot), where most of the Toronto Film Festival press and industry screenings are held. 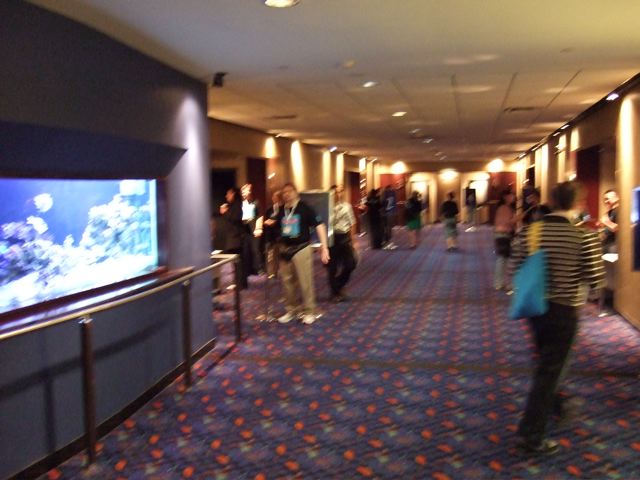 The hallway of the Varsity Cinemas, with theaters on both sides.

What's missing from these pictures? I'l tell you what: Roger Ebert! Many festival regulars have been saying it feels weird not seeing Roger around town this time of year. And in that respect, we're already anticipating Toronto 2007. David Poland at The Hot Blog expresses the sentiments of no small number of us on this morning:

Roger’s name comes up often as many of us gather in this annual reunion tour, as it is rather sad to have a festival without him. He missed his first George Christy luncheon in 22 years this year. But his gathered friends all applauded his improving health and look forward to seeing him next year.