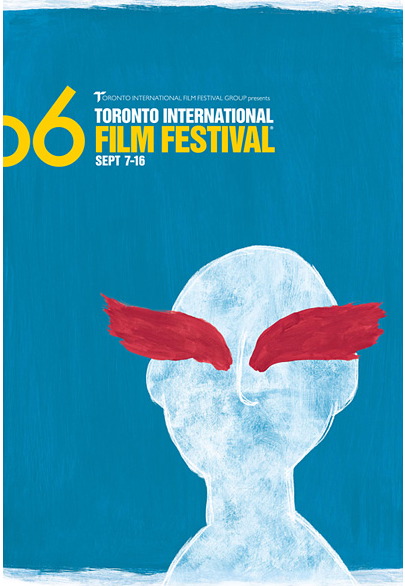 1) I haven't seen a bad film yet at the 2006 Toronto festival, but I haven't experienced the ecstatic highs of last year, either, when "The Three Burials of Melquiades Estrada," "Brokeback Mountain," "Caché," "A History of Violence," "Capote," "51 Birch Street" and a few others made it feel like a cinematic renaissance was sweeping town in just a few days.

2) The official festival trailers before every film that I (and many others) complained about last year are vastly improved this time, mainly because the one with the festival logo itself lasts only about five seconds. That's a merciful relief to those of us who see it so many times.

But by this point in the fest, some are beginning to protest the Motorola sponsorship trailers that show a few seconds from various unbelievably inane "short films" shot on cell phones. At the "Red Road" screening this morning, a woman loudly blurted out: "I hate these things!" People laughed in approval. At another press/industry screening (I forget which one now), somebody in the dark proclaimed: "These are so bad! The critics agreed.

3) An amusing pass-time for regulars waiting for movies to start has been to guess the significance of the festival's poster image, the outline of a face with two red swatches where the eyes should be. In the animated trailer, the red things are wings that flutter down and alight on the eyeless visage like a crimson butterfly. But to me, the guy looks like Oedipus with buckets of FX blood gushing out of his sockets. Or maybe he's Mercury, and the victim of some artistic confusion about the where the ankles are located. Some new kind of trendy rose-tinted glasses for sale on Bloor Street, perhaps? Or a Scotsman? Another critic told me she thought it was supposed to represent what your eyeballs feel like after watching four or five movies at a stretch for several days.

If you have any interpretations of your own, please leave a comment!