"The Sopranos": Closing the door 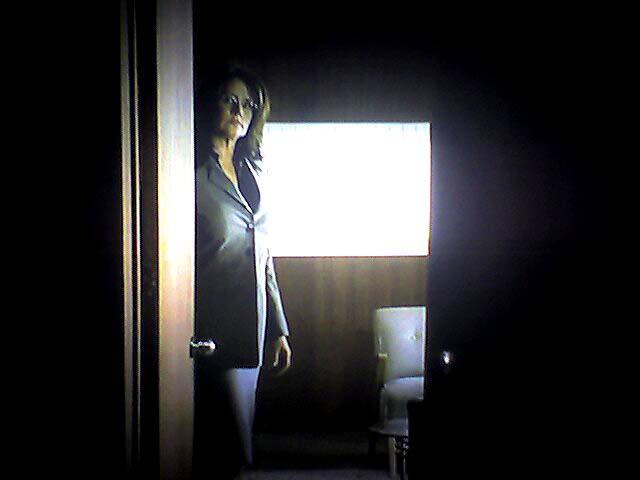 "One" is the loneliest number.

"The Sopranos" didn't look terribly promising to me back in 1999 when I saw the first promos. Another Italian-American mob show? What could be more of a cliché? Of course, I was hooked after the first episode (the ducks, the shrink's office), and it continued to astound me week after week with how smart and savvy and rich it was. It took the pop gangster mythology of "The Godfather" and "GoodFellas" (and "Miller's Crossing," though I don't recall any characters specifically referencing it) and turned them inside out.

"The Sopranos" is about a small-time mob family in Jersey for whom "this thing of ours" is "trending downward," and who long for the legendary status of movie gangsters. They're shmucks, losers, the very definition of a dysfunctional family, and subconsciously they may even know it. But petty and corrupt as they are, they're still clinging to the American Dream, right down to the characterless and strangely empty McMansion in the suburbs. In "The Sopranos," the mob is a metaphor for contemporary capitalism and consumerism and those treasured illusions of "family" that seem like vestigal instincts. That's why I think the final tableau of the first part of Season Six was one of the series' most brilliant and haunting moments. All the trappings were there -- the festive decorations, the lovely home, the extended clan gathered 'round the hearth — but we knew then that the greeting-card Christmas image was a sham. The tension was stomach-clenching because we (and perhaps they) could feel that this hollow moment was merely the calm before the storm of the final eight episodes. And now it's all coming down.

Since the third season or so, "The Sopranos" may have lost much of its ability to astound, but that's mainly because we now know anything is possible. Other shows kill off significant characters or rupture the storylines' major arteries, too. By the time Adrianna was wacked, it didn't seem so shocking. As with the best drama and comedy (and "The Sopranos" is an operatic tragicomedy), it seemed inevitable in retrospect. I hated losing her, but whaddaya gonna do?

"The Sopranos" made acclaimed shows like "The Wire" and "Deadwood" possible. I have friends who think "The Wire" is "better than" "The Sopranos," but that seems like a silly and fruitless comparison to me because they exist in entirely different dimensions. "The Wire" is consistently brilliant and thrilling to watch, with its teeming cast of characters and long, tangled narrative threads. I love it. But "The Sopranos" is much bigger, more deceptively complex, because it can work a meta-metaphor, make a satirical observation about contemporary politics or history or popular culture, and keep you absolutely in the moment with these characters in this particular set of circumstances. It makes your heart race, your eyes water and your head explode. It lives up to the word "masterpiece." And this single series has probably been more consistently excellent than all the rest of the American cinema over the last eight years. It hasn't just made a subscription to HBO indispensible (and an unbelievable entertainment bargain for the money), it's helped make watching television as essential as going to the movies.

I'm embarrassed to admit it, but there have been times when I didn't want to watch the next episode, because I was too fearful for the characters. I feel incredibly apprehensive about Sunday night, because I'm afraid of what I'm going to see, and how I'll feel about it. And I don't want it to be over. Maybe I should just TiVo it and then, when I'm feeling a little less vulnerable... Well, that's not going to happen. That's part of what the show is about: Having to face things you'd rather were kept out of sight (like the stashes of cash and guns around the Soprano household), and having to know that everything comes at a price.

I wonder if to say I care deeply about these characters is to say I love them, when I feel I shouldn't. I know how horrible they are. But I guess they're like family. And as we know from Season One, that doesn't guarantee love, either. (I'll admit it: for all her avarice and denial, I'm probably in love with Edie Falco's conflicted Carmella. Hey, one of the show's consistent themes is that you can't help who you fall in love with. And if I ever met James Gandolfini I would want to hug him -- the actor, for creating such a tremendous character, not Tony.) I'm sure they deserve whatever's coming to them. But series creator David Chase doesn't necessarily think that way. As he says on page 163 of "The Sopranos: The Book" (which I haven't even begun to read) in the article called "What We'll Never Know": "If you're raised on a steady diet of Hollywood movies and network television, you start to think, Obviously there's going to be some moral accounting here. That's not the way the world works. It all comes down to why you're watching...."

And so, we come to Episode 86 (heh-heh), the end of the long commute. I don't want to get into all the guessing games about the fates of the Soprano family and crew, but let me just say I feel in my gut that Uncle Junior will intervene somehow. Just a feeling.

In the penultimate episode, "The Blue Comet," our last glimpse of Dr. Melfi wryly reversed the final image of "The Godfather": She closed the door on Tony. (And the opening credits sequence always ends with Tony shutting the car door on us.) Bobby's whacking, to the mock-suspenseful (but still suspenseful) choo-choo-chooing of model trains, was a clever commentary and takedown of the series of murders intercut with the baptism at the climax of "One" (as Paulie and Sil call it). And many of the theories about how the series will end are drawn from its reference points. Consider some possibilities:

Meadow is killed instead of Tony. ("Godfather III ")

AJ, the son, steps up and whacks Phil Leotardo. ("The Godfather")

Tony loses his family (one way or another) and sits alone in his back yard — by the pool, of course. ("Godfather II ")

I hope it's none of these things, because I want Chase to come up with something I didn't anticipate, but which feels right for "The Sopranos." He's done it before. But now I'm afraid in a different way: I really, really want the ending to live up to the show. But no matter what happens, we'll always have Jersey.