The Seoul of a New Movie Machine: Dude, you gotta see it in 4-D! 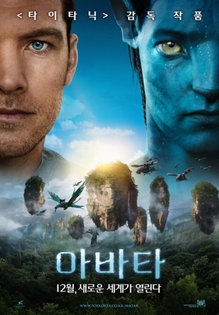 It's a movie. No, it's a ride. No, it's a movie and a ride! Variety reports that Koreans have been lining up for 4D "ride films," beginning with last year's "Journey to the Center of the Earth." The 4D, "five-sense" version of "Avatar" now features

more than 30 effects during the 3D film's 162 minute run, including moving seats, smells of explosives, sprinkling water, laser lights and wind. Despite the much higher $15.80 ticket price (an average ticket costs $6.90), screenings are regularly sold out.

"There is no 4D theater like ours around the world. CGV's 4D plex is the first in the world that fully offers five-sense experiences with a movie title," says Kim Daehee, publicity manager of CJ-CGV.

Coming: 4D versions of Chris Columbus's "Percy Jackson & the Olympians: The Lightning Thief" and others.

Are we circling back around to flight-simulator theme park attractions built around movie "narratives," like Disney's 1987 Star Tours "Star Wars" ride? (Or, for that matter, like 1955's Peter Pan's Flight at Disneyland?) At what point does the experience cease to become a movie experience (as we've known it since the beginning of the 20th Century) and become a virtual reality simulation? The "ride movie" has nearly become a (sub-)genre of its own since "Raiders of the Lost Ark" perfected the form -- and movies are often based on video games or even amusement park rides ("Rollercoaster," "Pirates of the Caribbean"), so is this just another gimmick -- like William Castle's Percepto process for 1959's "The Tingler," or Universal's Sensurround for 1974's "Earthquake" (and other "immersive" disaster movies), or John Waters' Odorama for 1981's "Polyester"? Have we been here before (just another element in a cross-promotable "transmedia storytelling platform"), or is this something "new"? And, in any case, does it (or 3-D) satisfy the same appetites that have traditionally attracted people to movies? Now that they're retro-fitting existing movies for additional dimensionality, what would a 4-D Eric Rohmer movie be like? How about a 4-D "My Dinner with Andre" -- with the smell of real dinner? Would a 4-D Rob Zombie movie allow the audience to actually feel the pain of the victims onsceen?