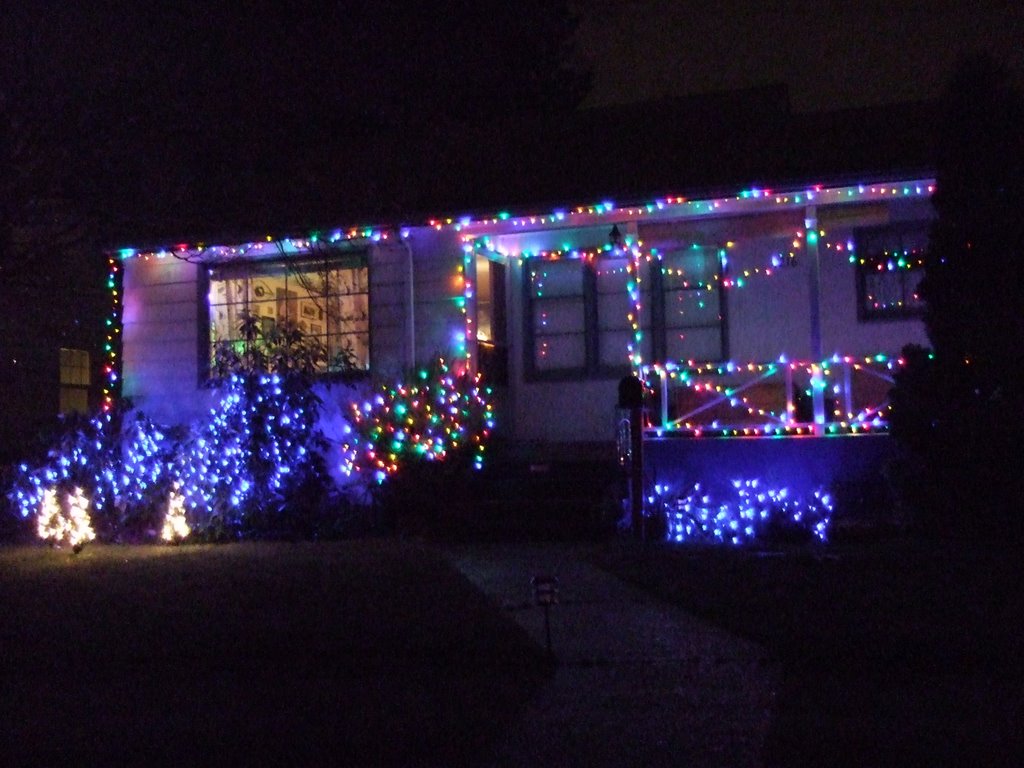 A festive Casa Emerson just before the storm...

UPDATE: Um, OK, where were we? Within hours of retrieving my PowerBook from its brain-transplant surgery (the new brain/HD is blank, or mostly blank: It did say "Abby Normal" on the side, though...), the Storm of the Century swept through the Pacific Northwest and took away power, Internet access, phone service, etc., at my address until late Friday afternoon. Thousands of people in Seattle haven't had power since last Thursday night. I feel extremely fortunate that there was minimal damage in my neighborhood (plenty of horizontal trees, though) and all my lifelines -- including Comcast On Demand -- were restored so fast. (My storm experience is nothing compared to Girish's during the Buffalo Blizzard in October, though.). So, back to it.... 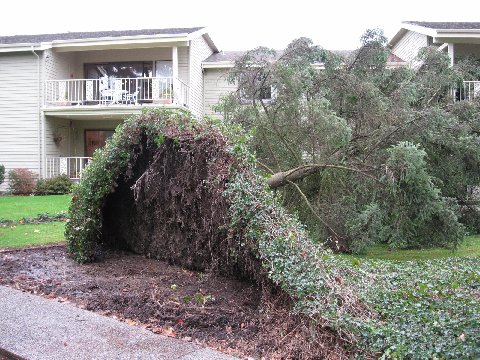 Tree takes some down time -- on Dave's balcony, at far right. (photo by Heidi Hansen.)

P.S. My friend Dave McCoy (Lead Editor of MSN Movies), who lives less than a mile away, got a bit of a surprise at his condo Thursday night. This tree landed on his deck, narrowly missing his bedroom window and thus averting a "Poltergeist" experience.

From the AP Newswire:

The region's worst windstorm in more than a decade struck on Thursday, knocking out power to more than 1.5 million homes and businesses. Wind gusted to 113 mph during the storm near Mount Rainier and to a record 69 mph at Seattle-Tacoma International Airport.

About 200,000 customers were still without power in western Washington, utilities reported, as temperatures were in the low to mid 20s over most of the affected area early Monday. Authorities said it could be days before power is restored.

Washington Gov. Chris Gregoire declared a statewide disaster and the state National Guard was mobilized to help get fuel and supplies to hard-hit areas.