The movies you don't have to see 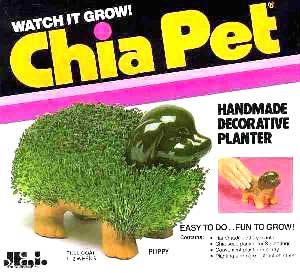 When people ask me why I don't particularly feel obligated to keep up with, say, the new "Transformers" movie or the latest Hanna Montana installment (really, they're the same thing aimed at slightly different constituencies), I don't change the subject. I just reply with a counter-challenge: "Which animated Barbie movie do you think is better-directed: 'Barbie and the Magic of Pegasus' (2004), 'Barbie Fairytopia: Mermaidia' (2006) or 'Barbie As the Island Princess' (2007)?" Or: "How often do you play with your Chia Pet these days? Does it satisfy your imagination, engage your interest, and provide hours of amusement?" Watching infantilized movies can be almost as exciting as watching a Chia Pet grow.

When you become an adult, sometimes you find that even products you loved as a child no longer provide the kind of stimulation they once did. You outgrow them, you move on to other toys. After all, these playthings were not designed with your adult self, your developed brain, in mind. Since most movies are made for the immature brain (inside the skulls of people with a maximum mental age of 14), there's no shame in finding them less than engaging or entertaining if you should happen to be so lucky as to live beyond that age. Because the simple fact is, these products were never intended to be consumed by persons over 30. Frankly, I don't play with Fisher-Price toys much anymore, either.

The infantile, the juvenile, or even the relatively advanced sophomoric, do not automatically translate into "fun" for me. On the other hand, put me in a room with a toddler or a dog and I can engage in mindless play for hours and I'll have a blast. It's not as though I've lost my capacity for childlike play, it's that I don't necessarily seek it at movies that require no imagination and do all the playing for me (or at me) -- whether they're rated G, R, or something in-between.

So, if I find that I don't particularly enjoy sitting through dumbed-down remakes of old TV shows, even dumber feature-length "movies" based on dolls, or action pictures that show no understanding of spatial relationships (perhaps because they're programmed to resemble 2-D simulations to begin with), there's a darned good reason for that. Those movies aren't the least bit interested in attracting a post-30 crowd. I'm not rejecting them; they're quite deliberately and aggressively rejecting me. And that's OK.

Once it was my job to see these movies, and I saw virtually everything that was released for many years. Before that, when I was in college, I needed to see everything, and wanted to devour everything, because I had to learn as much as possible, comparing the classics that I was seeing for the first time in class or at repertory houses (this was before home video) with the first-run commercial fare in theaters. Decades later, when I quit my job as a full-time daily newspaper movie critic, I was appalled at how formulaic studio pictures had become. But then, most people don't notice that uniformity so acutely because they only see a few new movies a year. They choose what they want to see. They say critics are inclined to overpraise the novel or the unusual. That's why. The blandness and homogeneity of the vast majority of movies gets to be mind-numbing if you have to not only pay attention to them, but write something about them afterwards.

Still, critics perform a valuable service by calling attention to the exceptions. Even my friends who aren't professional movie people know when something has gotten "good reviews" or "bad reviews." A friend who's been in the music business for many years told me he would have gone to see "Transformers: ROTFL" if the reviews had been good. He hadn't seen the first one, but he was intrigued by the idea (and he was blessedly unfamiliar with Michael Bay). He didn't dismiss it because of the kind of movie it was. Reports from adults who'd seen it described it as a badly made movie by any (grown-up) standard.

I propose that the ratings system be changed to provide a guide to the target audience, with the ratings board made up of critics. We all know that some movies made primarily for kids can also be most enjoyable for adults. Those would be rated G-A, or PG-A. Some R-rated movies can be enjoyed by kids (who, ostensibly, are allowed to attend if accompanied by a parent or guardian), and others just shouldn't have kids anywhere near them -- not because they have bad language or sex or violence, but because they're just not for kids. Not. For. Kids. And R-A rating would mean: "Don't even think of bringing your kid. You get a babysitter or forget about it." That protects the experience for adults in the audience. No, you are not allowed to bring your child to "Watchmen" or "The Hurt Locker" when the kid wouldn't even understand what's going on.

For now, I'm happy to entrust others with the duties it was once my job to perform. I will gratefully rely on critics, bloggers and friends to point me toward those "must-see" movies out there that I otherwise might have missed, whether they're science-fiction blockbusters, Hungarian musicals, or documentaries about curling.