The meaning of "articulate" 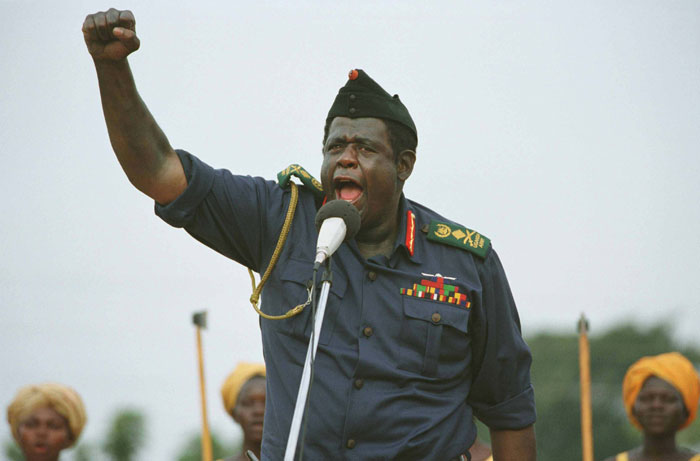 Forest Whitaker as Idi Amin in "The Last King of Scotland." The New York Times asks: Which Best Actor Oscar nominee is the bestest articulater: Whitaker or Peter O'Toole? (Answer: Neither.)

Senator Joseph Biden praised (or faintly damned) Senator Barack Obama last week by calling him "the first sort of mainstream African-American [presidential candidate], who is articulate and bright and clean and a nice-looking guy." OK, we know Jesse Jackson's record isn't exactly squeaky clean, what with the "Hymietown" and infidelity/paternity scandals and all. (I'm assuming that Biden was talking about the cleanliness of candidates' public images, not their personal hygiene.) Shirley Chisolm, Elizabeth Dole, Hillary Clinton and Carol Moseley Braun are not guys. Al Sharpton is not all that mainstream (how many people outside New York know who he is?) and -- at least when wearing a track suit -- not particularly nice-looking. 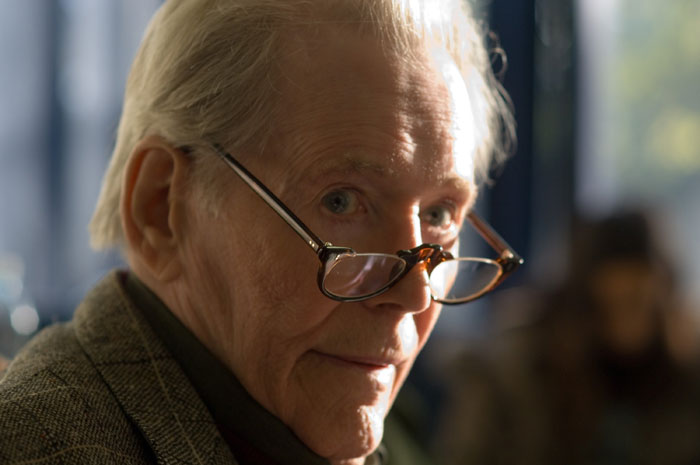 So, that leaves Obama, who is male and partly African-American. (He was born in Hawaii to a black father from Kenya and a white mother from Kansas). He may also be all those other things Biden said, but it was the "African-American" part and the "articulate" part that got Biden in the most trouble. Obama said he didn't think Biden was making a subconscious racial slur. But as Lynette Clemetson wrote in a piece called "The Racial Politics of Speaking Well" in Sunday's New York Times: "Being articulate must surely be a baseline requirement for a former president of The Harvard Law Review.... It would be more incredible, more of a phenomenon, to borrow two more of the senator’s puzzling words, if Mr. Obama were inarticulate."

Good point. But if the former president of the Harvard Law Review cannot properly be described as "articulate," then who can? Just because somebody has achieved a certain position in life does not necessarily mean that person is articulate ("Expressing oneself easily in clear and effective language: an articulate speaker."). Clemetson notes that President Bush has also called Obama "articulate" -- which reminds me of when Bush called the late Gerald Ford "decent" and "competent." Mr. Bush went to Yale University (and is President of the United States of America) and yet he is about as articulate as Lindsay "Be Adequite" Lohan. Listen to him talk sometime. He appears to be painfully unaware of the meanings of the words he attempts to pronounce -- especially, perhaps, "decent," "competent" and "articulate." (Some Disassembly Required.) From his mouth, those words sound like insults. Given his record and the way he speaks, what indication do we have that he understands them?

While many white people do not automatically recognize how, and how often, the word is applied, many black people can recall with clarity the numerous times it has stopped them in their tracks.

Melissa Harris-Lacewell, professor of politics and African-American studies at Princeton University, said her first notable encounter with the word was back in high school in Chester, Va., when she was dating the school’s star football player. In post-game interviews and news stories she started to notice that he was always referred to as articulate.

“They never said that about the white quarterback,” she said, “yet they couldn’t help but say it about my boyfriend.”

Advertisement
I'm not sure I believe this story, and here's why: I've never, ever heard an athlete give a post-game interview in which he or she could be described as remotely "articulate" by any stretch of the imagination. Especially not football players. They're either moping or whooping it up and all they ever say is some variation on, "Our goal was to go out there and play the best game we could." Might Prof. Harris-Lacewell's boyfriend actually have been exceptional in this regard? I don't know. I'd love to see the interviews.

While I think it's indisputable that some people use the word "articulate" because, on some level, they are mildly surprised that some African-Americans know how to use the English language, let's not lose sight of the fact that the word does have meaning. George W. Bush is, like Obama, a politician, but he's about as far from articulate as a person can get and still claim to be able to read aloud. Condoleeza Rice is African-American (and Secretary of State), but she's not terribly articulate. Witness the way she stammered and obfuscated her way through those recent senate hearings: "Now, as to the question of escalation, I think that I don’t see it, and the president doesn’t see it, as an escalation...." Clarity is one of the qualities that defines articulateness. Rice is someone, like Bush, who parrots deliberately evasive talking-point phrases well enough, but seems lost when she goes off-script -- just not very good at communicating a thought with precision, much less eloquence. And yet, far fewer people express the desire to have a beer with her than with the President. Why is that?

Clemetson concludes with a few condescending pointers for white people on the use of the word "articulate": "Do not make it the basis of your praise for the actor Forest Whitaker if it would never cross your mind to utter it about the expressive Peter O'Toole." Bad example. "Expressive" is not necessarily the same thing as "articulate" (a drunk is surely expressive, but not often articulate), and it would never cross my mind to use the latter word to describe either of these actors.

If you've seen O'Toole interviewed on "The Daily Show" and elsewhere recently (where he does appear to have been imbibing, as is his custom), the word "articulate" would not come to mind to describe his behavior. I've interviewed Whitaker a couple of times, and it would not occur to me to put "articulate" among my top adjectives to apply to him (anybody see his Golden Globe speech?), mainly because he tends to be shy and introspective when facing the press. I'm not saying he's not smart; like a lot of actors when they're not performing, his fluency with language just did not stand out as one of his dominant attributes.

I'm reminded of Laurence Olivier's abominably extravagant honorary Oscar speech in 1979: "In the great wealth, the great firmament of your nation's generosity, this particular choice may perhaps be found by future generations as a trifle eccentric, but the mere fact of it -- the prodigal, pure, human kindness of it -- must be seen as a beautiful star in that firmament which shines upon me at this moment, dazzling me a little, but filling me with warmth and the extraordinary elation, the euphoria that happens to so many of us at the first breath of the majestic glow of a new tomorrow."

Wordy? Yes. Grandiloquent? Definitely. Articulate? Hardly. It's illuminating to discuss the ways context reveals nuances in words, but please let's not forget that words themselves do possess actual meaning and significance.

UPDATE (2/5/06): A reader points us to a blog called Language Log that adds further nuances to this story. The meaning of Biden's remarks changes, depending on where you put a comma -- and that comma seems to have been misplaced if you listen to what he actually said. I've put the comma in the right place above, now. (Plus, is anybody denying that "Obama-mania," as the press has been calling it, is, in fact, an extraordinary political phenomenon?)