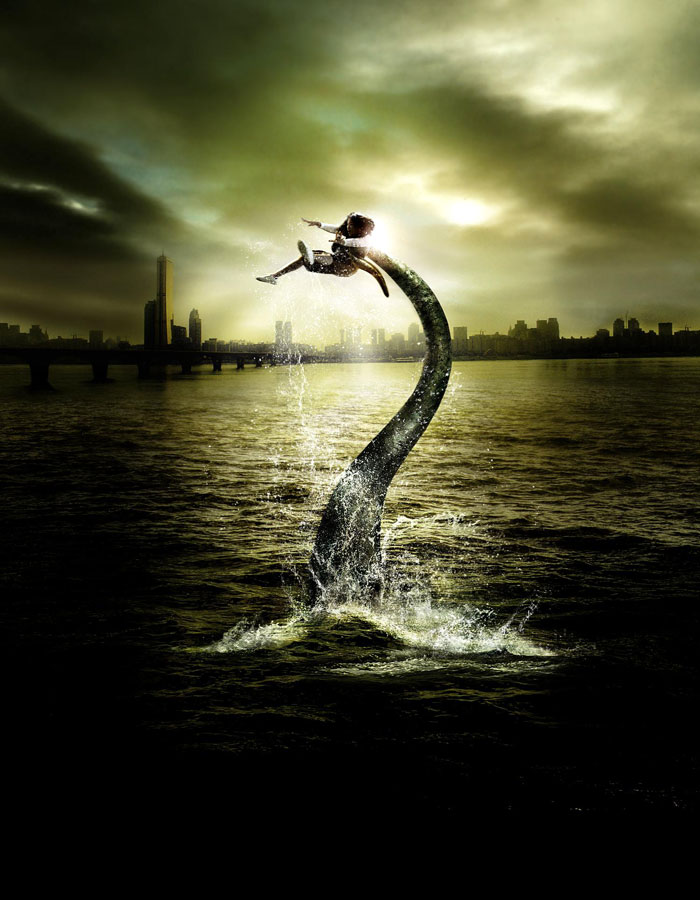 From today's Seattle Post-Intelligencer, a story that echoes the scandalous real-life inspiration for the Korean monster movie, "The Host," which opens in various US markets tomorrow (March 9, 2007):

When Daniel R. Storm, a University of Washington professor whose work includes studying the brain, found out that getting rid of potentially dangerous chemicals in his lab would cost $15,000, he decided to find a cheaper way.

Storm, a professor in the Department of Pharmacology, dumped ethyl ether down the sink.

On Wednesday, Storm, 62, pleaded guilty in federal court in Seattle to pouring the ethyl ether, which can explode or catch fire if handled improperly, down the laboratory sink in June 2006. Prosecutors say Storm then tried to cover up his actions.

He could face up to five years in prison and a fine of $250,000 for knowingly disposing of a hazardous waste without a permit. But prosecutors are recommending probation, said Emily Langlie, a spokeswoman for the U.S. Attorney's Office in Seattle.

When the UW's Environmental Health and Safety Department told Storm that it would cost $15,000 to dispose of the solvent, he broke three metal containers with an ax and poured the liquid down the sink in his lab. He also disposed of an ethyl ether and water mixture in two glass bottles.

Storm then poured water and an ethanol solution down the drain to dilute the solvent, according to the U.S. Attorney's Office.

He admitted that he did not want to pay for the disposal from his laboratory account. The liquid was not used in his research, but was found in his lab.

Advertisement
Believe me, I will let you know if a giant, fire-breathing monster (or something worse) emerges from beneath the waters of Lake Washington, Lake Union or Puget Sound in about 2011 or so.

And from an editorial in the 2000 Korea Times regarding the similar precipitating incident that begins Bong Joon-ho's "The Host" -- South Korea's most popular movie:

"Would they dump toxic chemicals into the Potomac River?" This is the caption of an editorial by Korea's largest circulation daily on the shocking news that the U.S. Forces Korea admitted to dumping formaldehyde and methanol into the Han River through the drainage system at its Yongsan military base in Seoul. These toxic chemicals are widely known to cause cancer and birth defects.

The Han River supplies drinking water for over 10 million citizens residing in metropolitan Seoul and its satellite cities. Are Koreans disposable people? The materials in question were embalming fluids.

The news is ethically repulsive. Environmentally, the act is destruction-friendly. In psychiatric terms, it comes close to an act of quasi-murder. For, what matters here is the sick mind and attitude that made possible the dumping of the cancer-causing substance. Whether or not the quantity of the discarded, amount was enough to cause cancer is not the issue here. The USFK's clarification that it at one time dumped up to 20 gallons (75.7 liters) of formaldehyde in no way alters the ethical insanity of the people involved.

In "The Host," the toxic effect of that "ethical insanity" becomes -- quite literally -- monstrous. And in answer to the question posed at the beginning of the editorial: Of course "they" would dump toxic chemicals into the Potomac if it was cheaper and they thought they could get away with it. I have no doubt some of "them" are doing it right now. Many corporations and governments do not feel it's their responsibility to deal with the toxic biproducts they produce because it's not a revenue-generating activity, and their responsibility is to save (and make) money. They are beholden only to their owners, stockholders and/or campaign contributors.

If the public has to pay the occasional price (death, cancer, etc.), that's their fault for drinking the wrong water or breathing the wrong air. The price of cleaning up and disposing of these toxins might hurt these corporations' ability to compete in a free marketplace, and that would result in job cuts and declining stock prices. (Providing health insurance for people who develop these pre-existing conditions would be bad for insurance companies, too.) And all this might hurt the economy in the short-term, whereas releasing poisons into the great big outdoors probably won't manifest any noticeable effects for years -- long after the government has changed or the company has merged with some larger conglomerate, and then it's someone else's problem.

Hey, just look at Dick Cheney: When he was at Halliburton in 1998, he arranged the purchase of Dressler Industries. But --oops! -- it turned out Dressler had a host of asbestos-lawsuit liabilities. Enough to threaten Halliburton's existence. So, Halliburton had Dressler and other subsidiaries declare bankruptcy in order to limit their "exposure."

From a 2005 column by Allan Sloan in the Washington Post:

While Halliburton's all-stock takeover of Dresser was valued at $7.7 billion when it was announced in February 1998, it was worth only $5.3 billion when it was completed seven months later. The bankruptcy settlement is costing Halliburton just about that much: around $2.8 billion in cash, Halliburton stock with a market value of $2.3 billion the day before Dresser's bankruptcy was resolved and miscellaneous odds and ends and potential payments.

The bankruptcy resolution, which became final on Jan. 3, covered both the Dresser problems and the smaller asbestos problems that Halliburton already had. [...]

I give Halliburton's current management huge credit for pulling off this tricky maneuver. And I give them big credit for dealing with the problem rather than awaiting a miracle rescue from Congress. Almost from the day it took office, the Bush administration has pushed hard to get Congress to limit asbestos liability. That includes President Bush's visit to Illinois last week to push his "reform" proposals.

Halliburton, whose fortunes are tied to the oil industry, has profited from the surge in oil prices. Even though its stock has quadrupled from its asbestos-woe low, it's still below what it was when Cheney left in the summer of 2000. Imagine what Halliburton shares would fetch today had the Dresser problems never happened. Much more than it currently sells for, I'm sure.

A Cheney spokesman said the vice president wouldn't comment about Halliburton, and referred all queries to the company.

No doubt Cheney feels bad about leaving Halliburton with such a mess. Perhaps someday he can do something to make it up to them.