This five-foot-tall baby giraffe named Margaret has subtly changed the way I look at creature design in science-fiction and fantasy movies. I haven't been able to stop oggling her. Margaret is small for her age, and was having difficulty suckling, so she's being fed by humans at the Chester Zoo in the UK, where she was born. Now, if I saw a creature like this in a movie I would probably think the filmmakers were pandering to the audience. I mean, come on -- those eyes!?!? They're too much! We are evolutionarily adapted to respond to big eyes (from Maurice Sendak's Wild Things to E.T. to the Na'vi in "Avatar") -- which is why I nearly got in trouble once when I started to blurt out that a stranger's baby looked just like a pug. I meant that as a compliment, but realized in the nick of time that the mom might not.

Margaret, with her spindly legs, long neck, exotic fur patterns and adorable saucer eyes, is an improbably designed creature. And yet, there she is. And she's not a special effect. Maybe movie creature designers aren't so far-out in their conceptions after all...

Also: I find myself appreciating the 1960s work of Walter and/or Margaret Keane in ways I never imagined. 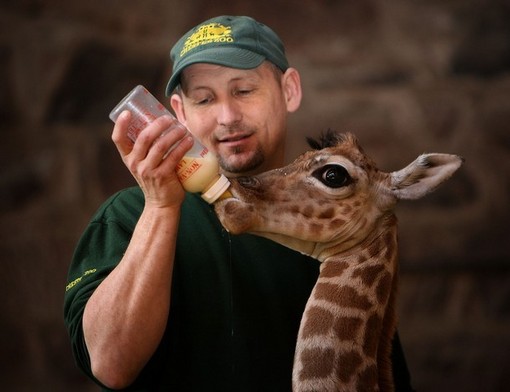 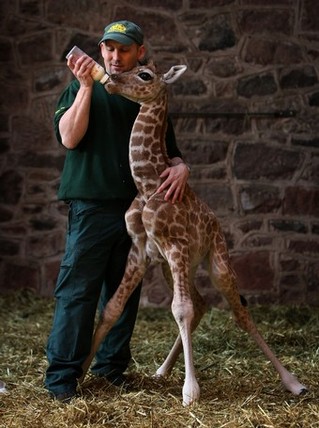 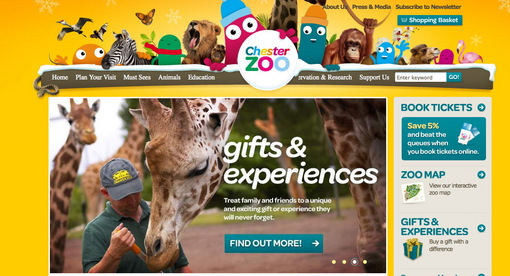 Next Article: For the love of film (noir) Previous Article: The really important Oscars

For the love of film (noir)