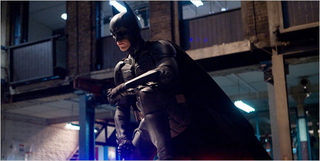 As I was leaving a matinee of "The Dark Knight" this week, I heard a little kid behind me say, "Well, we know there's gonna be a third one." This kid looked to me like he was 8 or 9 years old -- maybe even younger. And he unmistakably felt the "Empire Strikes Back" cliffhanger vibe that concludes the second in this series of Batman movies. The Joker is left suspended in mid-air (though, sadly, he won't be back), Commissioner Gordon gives a big speech over the closing montage about the importance of the heroes we need (and the ones we deserve), and Batman rides off into the dark night. The movie does have an ending but it's still an open-ended ending.

Of course, a serial cliffhanger is one thing, but the strategy of some movies is to deny us the satisfaction of resolution... 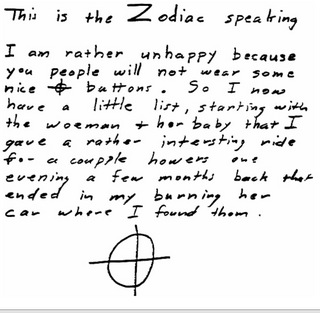 Last year, David Fincher's brilliant procedural, "Zodiac," tracked the investigation into San Francisco's self-proclaimed Zodiac serial killer, and how it became an obsession for some of those determined to track him down. (Now I forget: Do we know for sure that Zodiac was a him?) The movie could not end with the apprehension of the criminal, because that simply didn't happen. And that lack of certainty, the fact that there was no solution to the mystery, becomes the focus of the movie. Yes, the cops and reporters and amateur detectives on the scent of the Zodiac wanted to prevent further killing, to save lives. But they were driven by something else, too: a passionate desire to know.

I started thinking about this when I saw an Associated Press headline:

I can't help but feel awe and perverse delight in the construction of the following sentence, particularly the placement of the attribution, about the release of "a stack of documents to support a damning but circumstantial case":

Ivins, a brilliant but deeply troubled man who committed suicide last week, was the anthrax killer whose mailings rattled the nation in the worst bioterror case in U.S. history, just a month after the Sept. 11 terror attacks, federal prosecutors asserted.

They were backed by court documents that were a combination of hard DNA evidence, suspicious behavior and, sometimes, outright speculation.

We will probably never know if Bruce Ivins was really behind the anthrax attacks of 2001. So, when somebody makes a movie about it -- and it is inevitable that someone will -- what will they do for an ending? Filmmakers and audiences place great emphasis on endings. One of the most common criticisms of movies (by those in the biz and by moviegoers) is that they ending was botched, that it wasn't satisfying.

This anthrax case has the makings of a "All the President's Men," "The Parallax View," "JFK" and/or Bourne-movie scenario -- a (justifiably) paranoid thriller in which the official story is a deliberate subterfuge, a cover-up, a distraction. Not unlike the ending of "The Dark Knight." Or the conclusion of "Zodiac," in which a case is brought to a close by the death of the primary subject before he was apprehended, charged or tried. 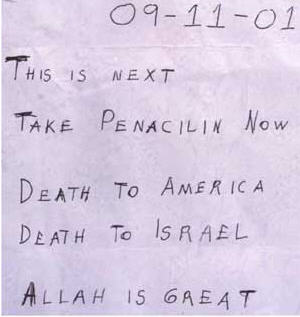 I love conspiracy movies, but I'm not a conspiracist in "real life." (Ah, but what is "real life"? Just what they want you to believe? Sorry.) Still, there's no question that America has been "through the looking glass, people" for, well, a number of years now. Remember when the government (with the help of ABC News and the American Enterprise Institute, among others) was telling us about the "hard evidence" that the anthrax had come from Saddam Hussein's Iraq? Yeah. What happened to that story again?

There could be a great movie in this, as reported by Glenn Greenwald at Salon:

It was really the anthrax letters -- with the first one sent on September 18, just one week after 9/11 -- that severely ratcheted up the fear levels and created the climate that would dominate in this country for the next several years after. It was anthrax... that created the impression that social order itself was genuinely threatened by Islamic radicalism. [...]

During the last week of October, 2001, ABC News, led by Brian Ross, continuously trumpeted the claim as their top news story that government tests conducted on the anthrax -- tests conducted at Ft. Detrick -- revealed that the anthrax sent to Daschele contained the chemical additive known as bentonite. ABC News, including Peter Jennings, repeatedly claimed that the presence of bentonite in the anthrax was compelling evidence that Iraq was responsible for the attacks, since -- as ABC variously claimed -- bentonite "is a trademark of Iraqi leader Saddam Hussein's biological weapons program" and "only one country, Iraq, has used bentonite to produce biological weapons."

ABC News' claim -- which they said came at first from "three well-placed but separate sources," followed by "four well-placed and separate sources" -- was completely false from the beginning. There never was any bentonite detected in the anthrax (a fact ABC News acknowledged for the first time in 2007 only as a result of my badgering them about this issue). It's critical to note that it isn't the case that preliminary tests really did detect bentonite and then subsequent tests found there was none. No tests ever found or even suggested the presence of bentonite. The claim was just concocted from the start. It just never happened.

Damn, that has the makings of a terrific real-life thriller. Preferably written by David Simon and Ed Burns of "The Wire." Maybe directed by Billy Ray ("Shattered Glass," "Breach")? Paul Greengrass? If only Alan Pakula were still alive...