Stop thinking! Why don't you just enjoy it? 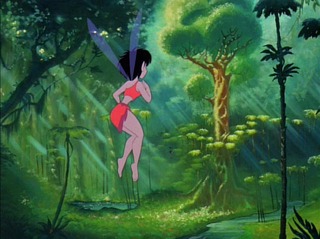 From Roger Ebert (@ebertchicago): "To people who say 'Just enjoy! Don't analyze!' This speaks eloquently for me." From Racialicious via io9 ("When Will White People Stop Making Movies Like 'Avatar'?"):

Of all the varieties of irritating comment out there, the absolute most annoying has to be "Why can't you just watch the movie for what it is??? Why can't you just enjoy it? Why do you have to analyze it???" [...]

First of all, when we analyze art, when we look for deeper meaning in it, we are enjoying it for what it is. Because that is one of the things about art, be it highbrow, lowbrow, mainstream, or avant-garde: Some sort of thought went into its making -- even if the thought was, "I'm going to do this as thoughtlessly as possible"! -- and as a result, some sort of thought can be gotten from its reception....

So when you go out of your way to suggest that people should be thinking less -- that not using one's capacity for reason is an admirable position to take, and one that should be actively advocated -- you are not saying anything particularly intelligent. And unless you live on a parallel version of Earth where too many people are thinking too deeply and critically about the world around them and what's going on in their own heads, you're not helping anything; on the contrary, you're acting as an advocate for entropy.

...You are basically saying, "I think people shouldn't think so much and share their thoughts, that's my thought that I have to share." If you really think people should just enjoy the movie without thinking about it, then why the fuck did you (1) click on the post in the first place, and (2) bother to leave a comment? If it bugs you so much, GO WATCH A GODDAMN FUNNY CAT VIDEO.

Of course, I would never be so blunt. But the principle is sound: If you have nothing to say but the expression of an unsupported opinion, learn to recognize how insufficient that is before you expose something idiotic to the world. I put together these guidelines earlier today:

If you're not familiar with the way things work here, please take a moment to familiarize yourself with non-arguments that won't be published because they not valid, rational forms of discourse. They include ad hominem attributions about someone's motives and anything that doesn't add information to the discussion by citing evidence that's actually in the movie. That rules out such phony rhetorical tricks as:

1) "You just don't like it because..." (Irrelevant speculationg. Speak for yourself, and base it on specifics from the movie.)

2) "You don't know how to have a good time." (Absurd. You can't define what a "good time" is for anybody else. Stick to the movie.)

4) Straw man arguments (deliberately exaggerated or otherwise inaccurate paraphrases of arguments nobody has actually made).

5) Anything having to do with the movie's popularity or unpopularity among some segment of the population. As I said in the second paragraph, I'm not talking about ticket sales or TomatoMeter-like estimates of the movie's critical reception. I find the terms "fanboy" and "hater" offensive, because they assume that attitude is all you need to have an opinion. Only opinions based on observation and evidence are valid; anything else is just a whim.

So, let's have fun by actually talking about something of substance. Thanks.

Photo above from "Ferngully: The Last Rainforest" (1992)