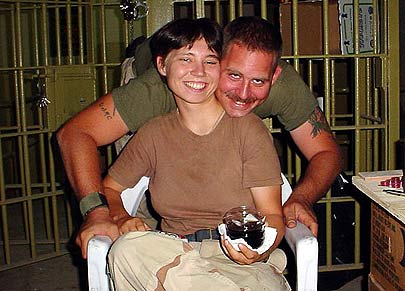 I. What's Past is Prologue

"What are Arabs seeing, and what does that mean for us?" asked Duncan McInnis, the US State Department official in charge of fighting "the war over America's image in the Middle East," in a "Frontline/World" documentary, "News War: War of Ideas" (broadcast March 27, 2007).

The image is the world's only remaining superpower. Understanding their power of images -- not just what's in the pictures themselves, but what they signify -- is the key to understanding the world and our place within it. It's also, recently, the source of the most deadly and dismal failures in American history. From the attacks of 9/11 through the invasion and occupation of Iraq, Americans' inability to comprehend what they were seeing -- or even to recognize the primacy of the image itself as the representation of events -- has had catastrophic consequences.

German avant-garde composer Karlheinz Stockhausen was pilloried when he said, shortly after 9/11: "What happened there is—they all have to rearrange their brains now—is the greatest work of art ever... Against that, we composers are nothing.” Whatever it was, precisely, that Stockhausen intended to convey (and he immediately regretted saying it in the fever of the time), his words should have shocked us into seeing what was before our eyes, something to which the hypnotic, endless-looop repetitions of the crashing planes and collapsing buildings on every TV screen, may have blinded us: These images were carefully planned, and executed -- composed not so much as "art," as Stockhausen framed it, but as visual propaganda on a spectacular and terrifying scale -- the epitome of "terrorism" as imagery, and vice-versa. 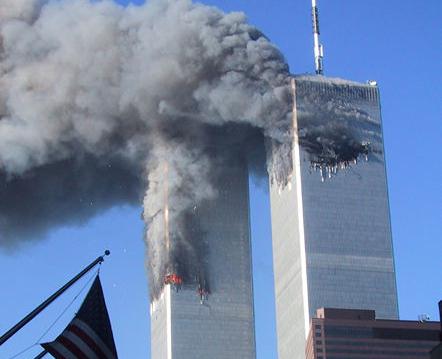 Symbolic imagery -- and all-too-real at the same time.

By focusing upon and recycling certain images (the explosions, the dust clouds coming at the cameras) and repressing or censoring others (the unbearable situation of those trapped in the buildings, the ones who jumped or fell and the ones who stayed, the flesh-and-blood carnage on the streets below), the media lodged indelible images in our brains that we thought we understood ("This is an act of war"), but couldn't quite wrap our heads around.

And what we didn't fully get was the nature of the spectacle. To the perpetrators the human toll was almost incidental -- collateral damage. Far deadlier attacks were possible, but this one had grandiose symbolic potency that, like the footage of the explosion of the Hindenburg, would implant terror in the mind of anyone who saw it. And in the case of 9/11 (before it was given that label), that was the point of creating the images in the first place. It wasn't about the casualties but the pictures.

By keeping the cameras at a distance and focusing on the spectacle, the media made it easy for the disaffected to cheer the abstract assault on American power that the smoking, collapsing towers represented. They didn't have to think too much, or feel too much, about the real-life victims. Of course, that's also exactly how the "embedded" American media would later treat military and civilian casualties in Afghanistan and Iraq. Even the caskets of soldiers killed in combat became, officially, invisible for the first time in American history.

"America has never been perceived as more isolated and less influential.... The reality is that America's position is undermined, and nobody needs to understand that more than Americans." -- David Marash, Washington Anchor, Al Jazeera English, in "News Wars: War of Ideas" 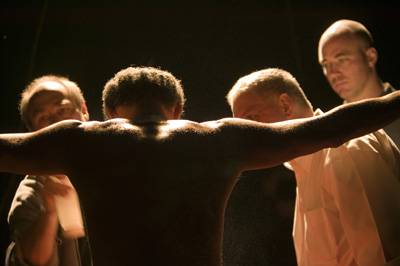 Images have as much power as policy. Errol Morris's "Standard Operating Procedure," an investigation of the photographs of American soldiers torturing and abusing prisoners at Abu Ghraib prison in Iraq, is a rigorous inquiry into the meaning of images, and how the amateur photos with which we have become familiar (the ones that undermined American power and influence in the world more than anything since the decision to invade Iraq itself) came to be what they are. The digital shots are powerful propaganda tools, shocks to the conscience, but they are also common photographs -- taken at a particular time and place by individuals, almost instinctively or routinely and without thought, for reasons perhaps even they don't understand. 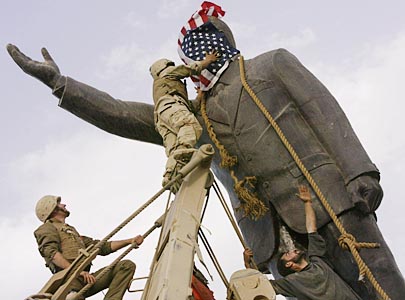 "America has never been perceived as more isolated and less influential.... The reality is that America's position is undermined, and nobody needs to understand that more than Americans." -- David Marash, Washington Anchor, Al Jazeera English, in "News Wars: War of Ideas"

As Morris says on the film's web site:

One of my ongoing themes is: photographs can be misleading -- without context we are free to interpret the photographs any way we choose. It's one of the odd and interesting things about photography. You look at a photograph, you think you know what it means, but more often than not you could be wrong. Photographs provide evidence, but usually, it takes some investigative effort to uncover evidence of what?

Morris could be talking about the "evidence" some 9/11 conspiracy theorists claimed to find in the photos taken that day, or about the staged toppling of Saddam's statue in Firdos Square, opposite the Baghdad hotel where the press was hedquartered, with expatriate Ahmad Chalabi supporters flown in the night before to act as liberated demonstrators, even as guerilla warfare was taking place in the streets only blocks away. (And that symbolic covering of Saddam's face with an American flag? Whoops. Get an Iraqi flag up there, pronto!)

The most important element in any picture is the frame. What is included, what is left out, the arrangements of elements within the composition, the technology used to capture it, the context in which it was captured, the perceptions and rationalizations that participants and viewers bring to the image after it is recorded... Those are the subjects of "Standard Operating Procedure." (Roger Ebert's review is here.) 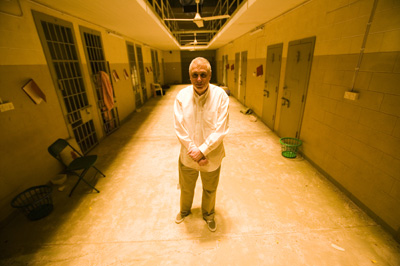 Morris's "The Thin Blue Line" was also about a frame -- a man who was falsely convicted of murdering a police officer. A confession by the real killer in the movie itself helped solve the crime. "Fast, Cheap & Out of Control" brought together four figures -- a topiary gardner, a lion tamer, a naked mole rat specialist and a robot scientist -- at let you figure out how to fit them into the film's framework. "Mr. Death" (probably the closest to "Standard Operating Procedure") investigated an American inventor of legal execution devices through the larger frame of the gas chambers at Auschwitz, and the man's connections with Holocaust deniers. And the Oscar-winning "The Fog of War" re-framed U.S. involvement in Vietnam through the experiences of former Secretary of Defense Robert McNamara, who said that the project was doomed from the beginning by America's failure to understand that what we viewed as an aspect of the Cold War, the Vietnamese saw as a civil war.

Late in the film, Morris shows us a cell spattered with blood. The images are nauseating, damning. And yet, they are not at all what they seem.

Through his Interrotron, Morris (and we) look the subjects right in the eye. Their "eyewitness testimony" is, by turns, confused, self-serving, self-deceiving, earnest, defensive, resigned, indignant -- sometimes all in the same interview. Strangely, the only interviewee who seems genuinely angry is Janis Karpinski, the brigadier general in charge of prisons all over Iraq who was made a convenient scapegoat by Donald Rumsfeld's Department of Defense. She burns with rage, and consequently comes across as one of the more sympathetic and relatable voices in the film. If these photos don't provoke anger, something is wrong. 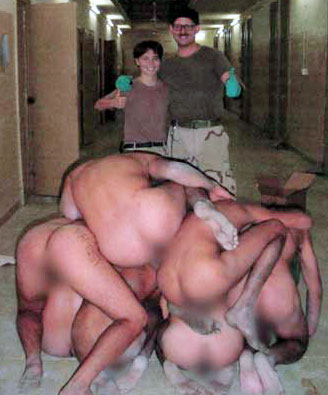 Morris interviews all the "seven bad apples" except for Charles Graner, the shutterbug and alleged "ringleader" who appears in so many of the photographs, who made discs of them to give out to friends and fellow soldiers, and who was sexually involved with two of the women in the pictures. (The interviewees include Lynndie England [pregnant by Graner at the time], Megan Ambuhl [now married to Graner], Sabrina Harman, Jamal Davis and Jeremy Sivitz.)

Watching "Standard Operating Procedure" is like exploring a cave. The mouth feels like it's opening into an abyss, and the deeper you venture, the more contours and passageways you begin to make out as your eyes adjust to the darkness.

I often think that if cameras had not been present, these events would not have occurred. [Consider the timed attacks on the World Trade Center in that light.] The pyramid is an example. Graner, in all likelihood, orchestrated these events for the camera. [...]

The photographs do two things at the same time. They provide an exposé and they provide a cover up. They showed the world that these things were going on, but they point the finger at a very small group of people. They make you think it's these people who are the culprits. These are the people who are responsible for everything. That is a misdirection. It gives you a false picture.

"It is a fundamental misunderstanding to see those images over and over and over again of some boy walking out with a vase and say, "Oh, my goodness, you didn't have a plan." That's nonsense! They know what they're doing, and they're doing a terrific job. And it's untidy. And freedom's untidy. And free people are free to make mistakes and commit crimes and do bad things! They're also free to live their lives and do wonderful things, and that's what's going to happen here."