This is has been the script co-written by Sarah Palin & William Kristol (uncredited) all along. And once again John McCain played his part in the scenario, opposite the real Palin (Tina Fey's) on "Saturday Night Live." The 2012 Palin rallies (no mention of McCain) are already being held in places like Florida. As I said in my earlier piece, what started out as the "Mrs. Smith Goes to Washington" political narrative has now become "All About Eve" -- the rogue diva backstabbing the soon-to-be-washed-up old vet. Does McCain know he's been cast in the Bette Davis role?

Hang on, Republicans, it's gonna be a bumpy four years... 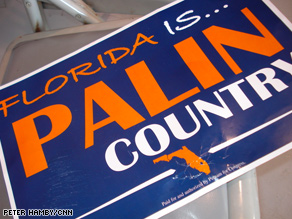 Next Article: Palin 2012: The End... or Only The Beginning? Previous Article: Dead of (Election) Night: Terrifying tales of campaign narratives run amok!