Our Hospitality: Buster Keaton and gravity

From my piece on Buster Keaton's "Our Hospitality" at Alt Screen:

Among the things you will learn from watching Buster Keaton's "Our Hospitality":

● How to move a donkey away from railroad tracks, or vice-versa.

● How to improvise a boat.

● How to make a lady from a horse's behind.

● How to put on a top hat in a low-ceilinged carriage (and why a porkpie hat is so obviously preferable).

In other words, the act of seeing this movie will immeasurably improve your life. 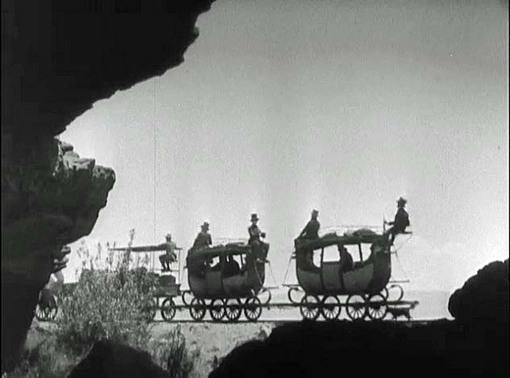 Technically speaking, "Our Hospitality" is Keaton's first feature as auteur and his first masterpiece. It was released in 1923, not long after "The Three Ages," which was constructed so that it could be broken back down into two-reelers if this "feature-length" comedy thing didn't work out. It isn't his fastest, funniest or most dazzlingly inventive picture (debate amongst yourselves: "Sherlock Jr."? "The Navigator"? "The General"? "Steamboat Bill, Jr."?), but it is my sentimental favorite because of its serene, nostalgic beauty -- a vision of a halcyon world (America, circa 1830) that was already, of course, charmingly old-fashioned by 1923 standards. [...] 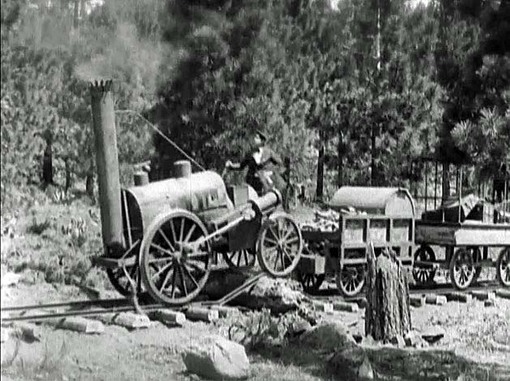 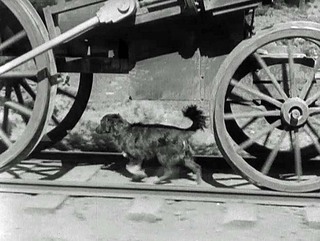 The journey of the Out-Bound Limited from New York to Appalachia is one of my favorite passages in all of cinema. It's like a memory inside a dream: a locomotive that looks like an antique children's toy (but is, in fact, a replica of the 1829 Stephenson's Rocket, an early steam engine), pulling a string of what look like eccentric stagecoaches outfitted for rail conveyance. Keaton loved trains, and while "Our Hospitality" can be seen as a forerunner of "The General" (it was even photographed in some of the same parts of Oregon), this vehicle is not one of the powerful, speeding behemoths of Keaton's Civil War-era epic. Instead, the OBL rolls along at a leisurely pace (slow enough that Willie's dog can walk between its wheels), which is a good thing because whoever put down the tracks lazily draped them right over any logs and boulders that got in the way. It's a bumpy ride, but there's something mesmerizingly tranquil about the train's inexorable (though not uninterrupted) movement through the halcyon early-American landscape. 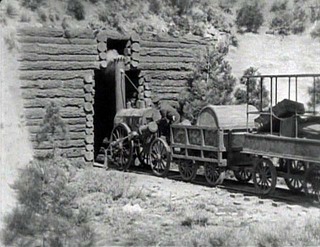 The universe of Buster Keaton is a miraculously adaptable one, where a cookie-cutter tunnel shape accommodates both a locomotive's smokestack and a cabooseman's stovepipe hat; where Keaton can transform a train car crashing off the tracks into a canoe smoothly piloted down the river with a shovel for an oar; where a rope tied to a jammed log at the crest of a waterfall becomes, for an instant, a miraculous instrument of redemption. [...] 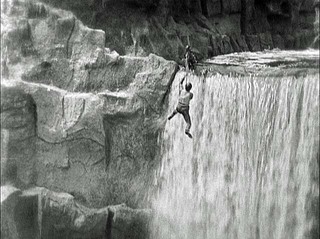 A word about spacial integrity: Two of the movie's most breathtaking (and dangerous) gags involve backlot sets and stuffed stunt dummies -- but the most thrilling parts involve real bodies hurling through space, with no optical effects, in unbroken takes. Yes, those are mannequins that plummet from a precipice and into the water, but the men clinging to the rocks (even if they're studio rocks) are flesh-and-blood, as they are when they find themselves submerged. No, that is not Natalie Talmadge (who was pregnant at the time with the second Keaton boy, Robert) at the lip of the falls, but Buster's flying-trapeze intervention is physical reality. It is said that he swallowed so much cascading water that he almost drowned. Medics were called. 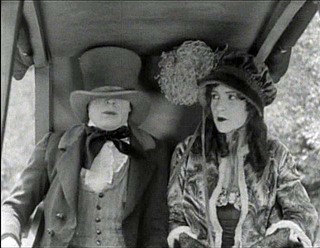 Another reason I have such affection for this film is that it's a family affair: Keaton's marriage with Natalie soured after Robert was born, but at this time she and Buster were still a feasible couple. "Our Hospitality" is the only film to feature three generations of Keatons. Buster's father Joe, who often appeared in his son's pictures, plays the engineer of the Out-Bound Limited. (Watch for the moment in which he reprises one of his signature vaudeville moves, kicking off a man's hat from a standing position.) Also, few films display such affection for the pantomimic talents of animals. A particular dog, a horse and a donkey show off comedic charisma to burn. 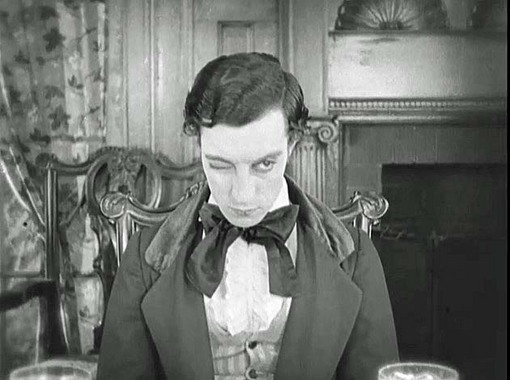 Most of all, I simply love and connect with the way Keaton sees the world. "Our Hospitality" (co-directed by Keaton and Jack Blystone) displays some magnificent pictorial compositions, worthy of John Ford: the Out-Bound Limited seen from under a silhouetted outcropping of rock; Keaton scampering across a mountain, with a hazy valley stretching out below him. Again and again Keaton will place the camera in the most natural and unobtrusive place and then, in the course of the shot, allow reality to reveal itself in all its wonder -- whether it's looking down a tangle of railroad tracks at the possible trajectories available; or spying an absconder in drag from the rear; or peeking through a bedroom door... What is first viewed through the frame is not always what it appears to be. But these aren't just tricks or sight gags (though they're often really funny); they are the very fabric of Keaton's constantly transforming cosmos.

What a marvelous place it is.

You can read the whole thing here. 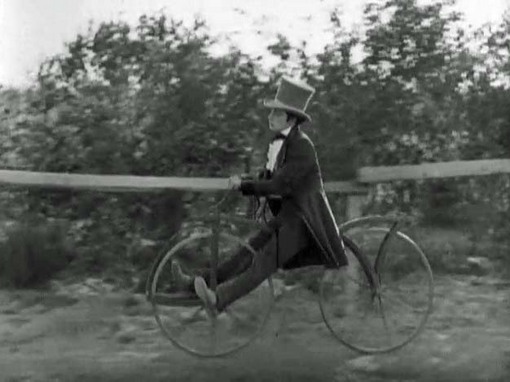 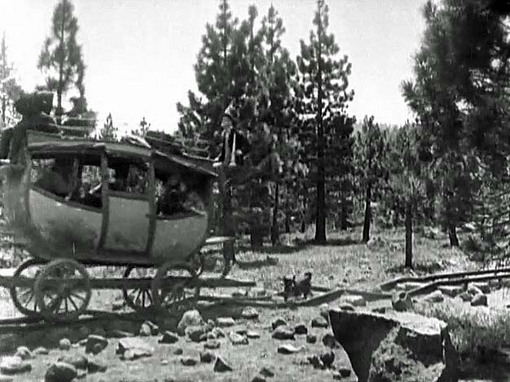 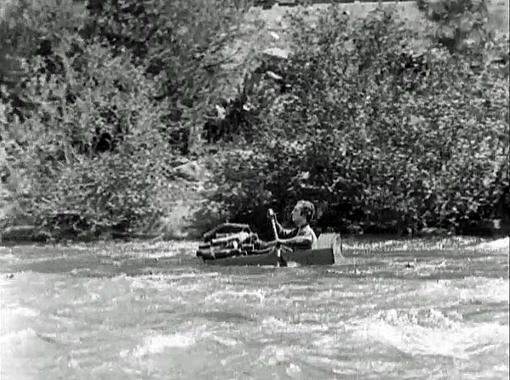