Nicholas Ray's directorial debut, "They Live By Night" (1949), begins like a trailer and then slams us right into the opening titles of the feature. An attractive young couple (Farley Granger and Cathy O'Donnell) are nestling in close-up by the flickering light of a fireplace. They smile, they kiss, and then something off-screen (and unheard on the soundtrack, though signaled by an jarring shift in the musical score) causes them to react with fear and alarm. 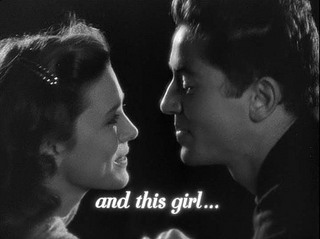 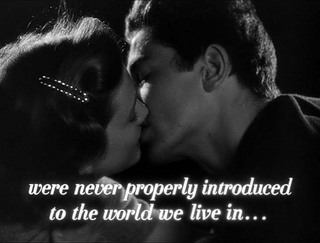 "They Live By Night" is a prototypical young-couple-on-the-run movie ("You Only Live Once," "Gun Crazy," "Bonnie and Clyde," "Badlands"), and this tabloid-style opening sets it up breathlessly. The shot seems to exist out of time -- perhaps an idealized moment they once shared, or would never have. The man who would later direct "Rebel Without a Cause" establishes them as innocents and outsiders, star-crossed lovers who "were never properly introduced to the world we live in..." Dissolve to an aerial shot of a truck barreling through a dusty wasteland.

We soon discover that, at the point the title appears, the boy and the girl have yet to meet. So, the whole film could be seen as a flashback -- a noir convention that emphasizes the forces of fate, since the ending of "their story" (even if we don't know what it is) has already been determined from the opening shot. Or perhaps it's a flash-forward to a memory they'll cling to for the rest of their lives. Or an imprint of their fugitive state of mind... 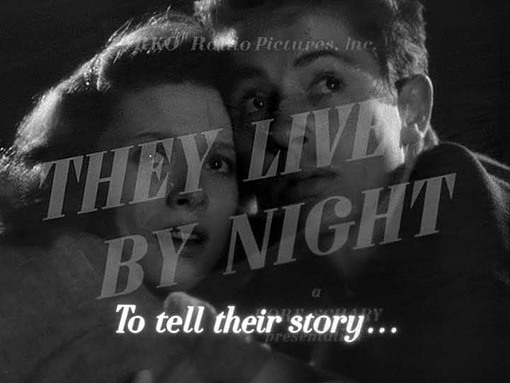 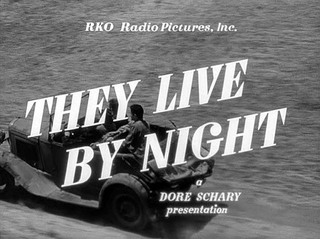 You may notice the scene that is the apparent source of this first shot somewhere in the middle of the film. It's preceded by a speech from one of the cops who's on their trail, reminding a junior detective what Bowie (Granger) and Keechie (O'Donnell) are going through emotionally: "Sooner or later [they know] they'll be caught. Every time they hear" -- knock knock knock -- "on the door, their hearts jump a foot. A heart can take just so much..." Dissolve to the lovers by the fire. This scene also plays out in a long double close-up, but from a different angle than the shot at the beginning. But the characters are wearing the same clothes as earlier: she a soft sweater, he a black t-shirt. They're talking about what would happen if they couldn't stay together. They kiss -- and are interrupted by that knock-knock-knock on the door. 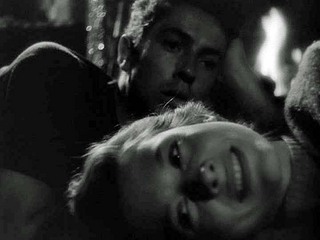 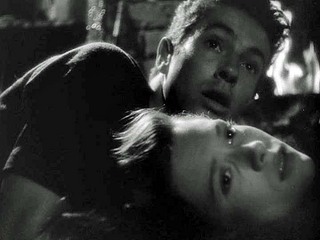 It appears that an alternate take of this scene became the opening for the movie -- and what a dynamic opening it is: fresh, romantic, youthful, kinetic, exciting... You can immediately see why it was embraced by the Cahiers du Cinema critics, and how it points ahead to Godard's "Breathless" (1960) and Truffaut's "The 400 Blows" and "Jules and Jim," among others. (You can see director Nicholas Ray himself in the previous entry on Wim Wenders' gorgeous "The American Friend.") 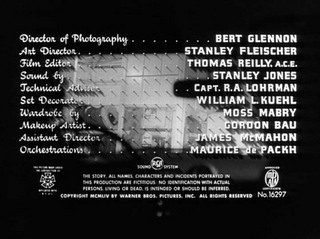 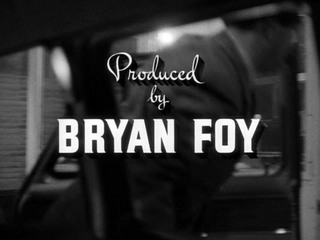 By the way, if you want to see a really peculiar re-use of a take under an opening credits sequence, take a look at the first few minutes of Andre de Toth's "Crime Wave" (1954), starring Sterling Hayden, Gene Nelson, Phyllis Kirk and Charles Bronson. A montage of shots taken while driving around a city at night ends with the producer and director credits as a car pulls into a gas station, the man on the passenger side gets out and approaches the office where the attendant (Dub Taylor) peeps up over the ANDRE like a mechanical duck in a carnival shooting game and then immediately drops back down without anybody winning a kewpie doll. Fade to black. 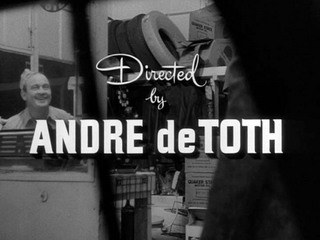 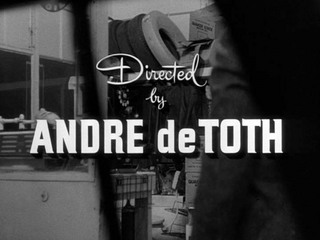 The film then repeats that last shot of the credits as the first shot of the picture, this time without titles over it. It's... disconcerting. Did they think nobody'd notice? Or care? I suppose if you wanted to stretch, you could observe that the film is about characters who are unable to unlike their past mistakes, even after they've paid for them. Just when they think they've gotten out, they're pulled back in (as some famous gangster once said). Perhaps its an almost subliminal illustration of the principle of "eternal return," the repetition suggesting the power of fate in action. Or perhaps the titles department at Warners put together a montage and the stuck it on the head of the picture... 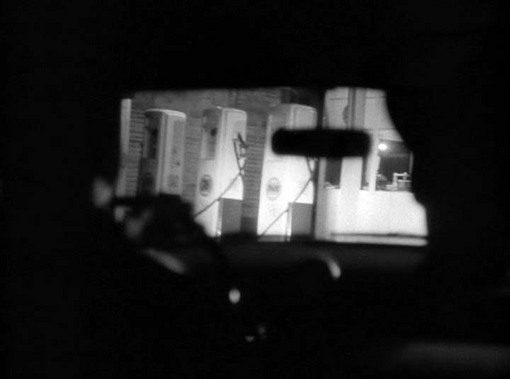 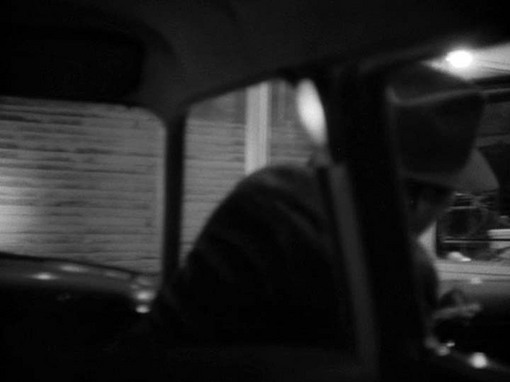 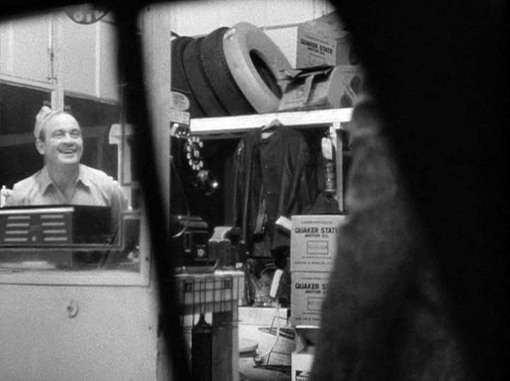