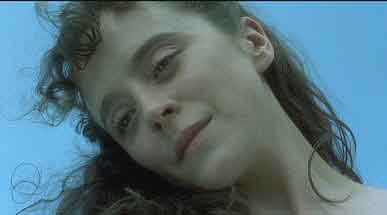 I’ve never seen an opening tighter or more ingeniously structured than the one for Philip Kaufman’s "Quills." It’s an opening that flips from dreamy to nightmarish and completely changes the nature of what you think you’re initially observing, all the while quickly and efficiently familiarizing viewers with the persona of the of the protagonist. 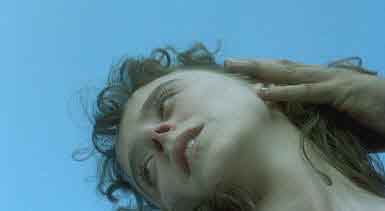 That protagonist would be a one Marquis De Sade, brilliantly played in the movie by Geoffrey Rush in an Oscar-nominated role. Starting with a black screen, you hear him announce that he has a “naughty" tale to tell, one “guaranteed to stimulate the senses." He then begins by announcing that the tale is about an aristocrat named Mademoiselle Renare, as soft music begins to play and the visage of a dreamy looking young woman appears on the screen. You then see an erotic expression come over her face as the Marquis describes how her sexual proclivities “ran the gamut from winsome to bestial." 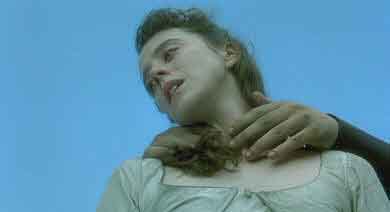 But suddenly, you see a man’s hand come into the picture … then two hands … then the man himself, a brute wearing a hooded mask. The Marquis continues, “Until one day … Mademoiselle found herself at the mercy of a man every bit as perverse as she. A man whose skill at the art of pain exceeded ever her own." The man then begins tying her hands as she pleads for mercy. Looking up at a window, she suddenly notices a figure looking down at the proceedings and it’s … the Marquis himself. It’s at this point that you realize that you’re not seeing a story acted out -- you’re seeing what inspired it in the first place: mass executions during the French Revolution. 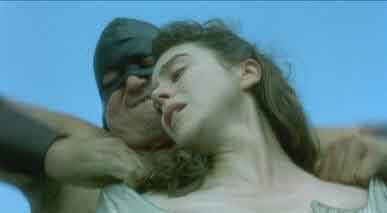 As her head is put into a guillotine, the Marquis muses about “how easily one changes from predator to prey." But as he says, “And how swiftly pleasure is taken from some …“, the background music suddenly stops. You then hear crowd noise, the picture switches to an angry mob, and he continues, “… and given to others."

All of the narration is delivered in a light-hearted way, spoken in Rush’s eloquent, sonorous voice. The contrast between the insouciant tone of the Marquis and the barbarity of the events unfolding on the screen puts his warped sense of humor and demented persona into perfect focus with an incredible economy of screen time.

JE: I'm intrigued, Jeff. Haven't seen "Quills" (and I hope I've selected the right images from the .pdf you sent -- just from the first shot), but Philip Kaufman is always a director to watch. Although I'm skeptical he could ever top "The Right Stuff." The first thing I thought of when looking at these images was Dreyer's "The Passion of Joan of Arc." Passion, indeed!