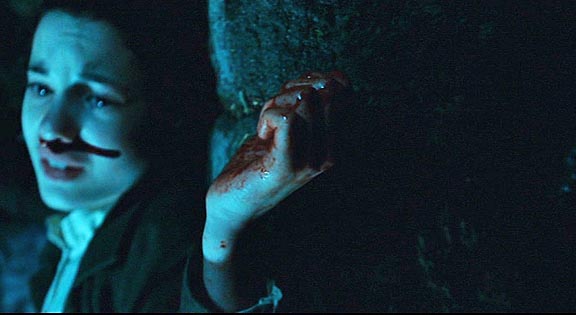 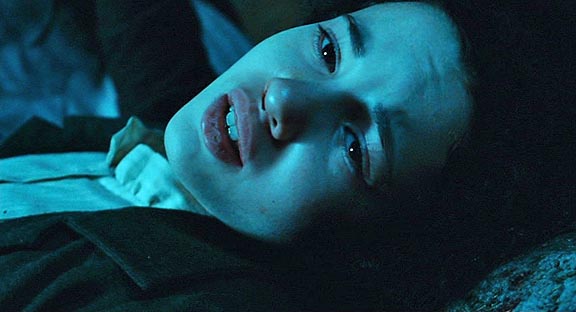 So many movies have opening shots that are like overtures, condensed miniatures of the whole film. In Guillermo Del Toro's "Pan's Labyrinth" you might even say it contains the entire movie in one shot. Not only does it begin with the ending, but the movement of the shot (together with the next one) takes us from underground (the land of the subconscious, the imagination) up into the light of day -- or, looked at another way, from political and psychological repression into the liberation of the open air. This presages the momentum of the entire movie. 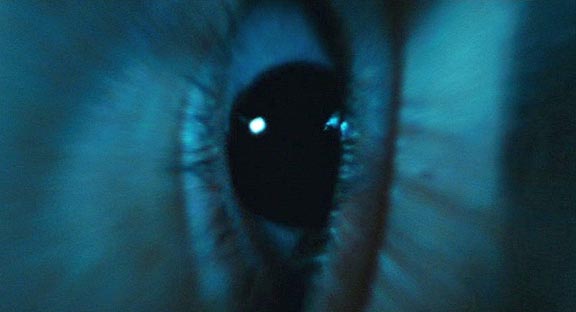 "Pan's Labyrinth" is so locked into the emotional and fantasy world of its protagonist, Ofelia (Ivana Baquero), that the camera itself lies on its side next to her and is then plunges vertiginously into her pupil, entering her head, where the movie takes place. This initial dazzling sweep (actually a composite shot, but executed in once continuous motion) sucks us into the movie so quickly that we barely register what we've seen until the end, when we remember these prophetic first few seconds from the start of the movie. 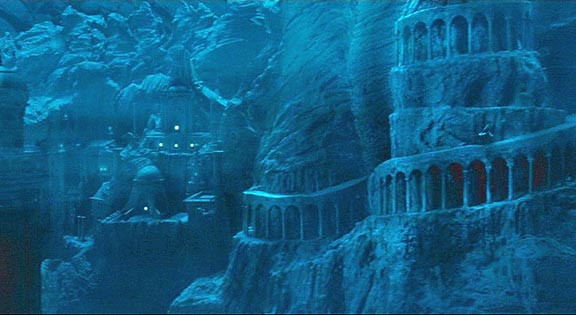 "Pan's Labyrinth" is riddled with pupils and irises, holes and portals that lead to new worlds. In this first shot, we appear to rise out of the ground (although it's a right-to-left movement, reversing time), into Ofelia's eye into a fantasy realm of her own creation, and then moves back to the right (setting the story into forward motion), following a running figure (Ofelia herself) up a circular stairway and through another doorway, into another chamber, with another stairway. The next shot follows her up the stairs, leading through a reverse of the opening pupil-shot: an eye-hole flooded with white light. And, with that, the movie-proper begins... 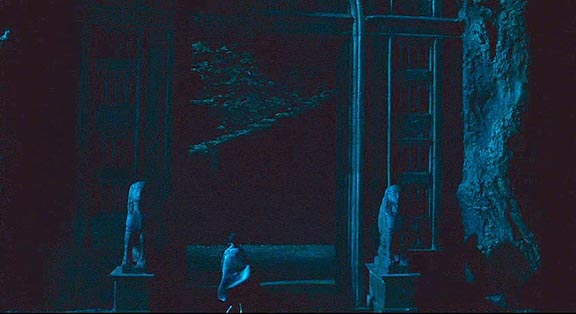 Roger Ebert has published a Great Movies review of "Pan's Labyrinth. My own review, originally in the Chicago Sun-Times, is at RogerEbert.com, too, in the Editor's Notes section.