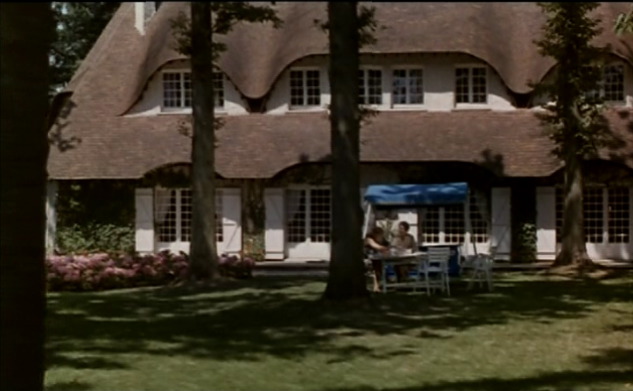 A fairy-tale home in a wooded setting. Two women sit an an outdoor table in the shade of some tall trees. The camera glides across the lawn silently (we can't hear what they're saying, just barely audible laughter) at an oblique angle that takes us closer to the women, but not directly toward them. A big black trunk passes startlingly across the screen in the foreground. Then a smaller trunk comes into the shot, mid-distance, and nicely frames the image. That's all there is to the opening shot (which lasts less than 10 seconds), but to understand the context we have to consider the rest of the brief pre-titles sequence. 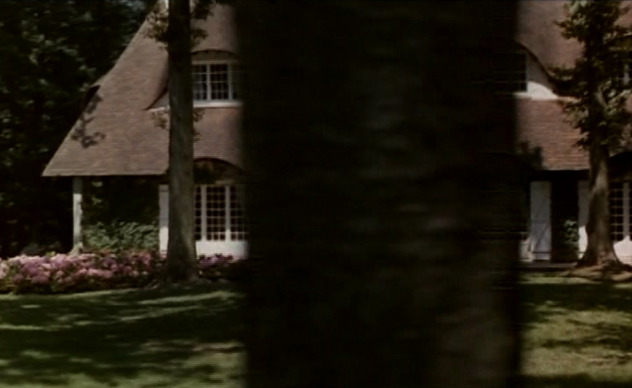 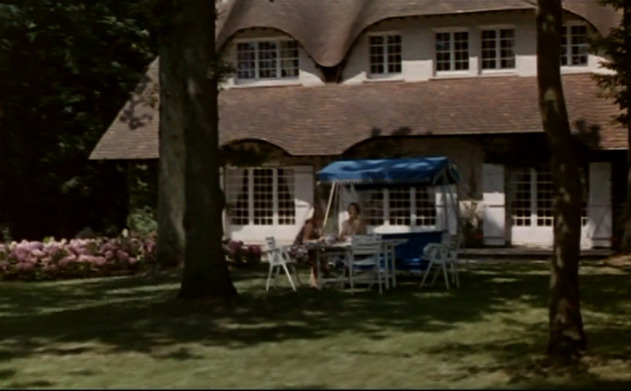 A boy runs into the scene carrying a bouquet of flowers, which he gives to his grandmother. Behind him is a man who walks over and stands behind his wife, resting his hand on her shoulder. A beautiful family tableaux. The sound fades. The image goes out of focus. Roll titles. 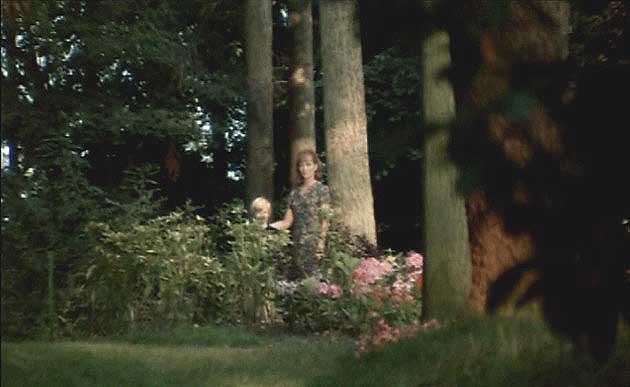 Of course, we already know something about what we're seeing because the title of the film is "La Femme Infidel" ("The Unfaithful Wife") -- a masterpiece by Claude Chabrol, from 1969. The title character (played by Chabrol's own wife and frequent leading lady, Stephane Audran) is, ironically, standing up for her man in this scene. But the unsettling effect of those thick vertical lines, and particularly that big black tree trunk, lingers over the prologue, and the rest of the movie.

In the final shot, this movement will be reversed (from a different part of the property, with the dark woods behind) and the family tableau will be reduced. Another secret will be hidden, but the wife will be faithful at last.

Chabrol, whose 2004 film "The Bridesmaid" is being released in the United States this year. A Sunday New York Times story by Terrence Rafferty is headlined "Claude Chabrol Is a Master of the Thriller (Hold the Thrills)"), and that's an apt description of Chabrol's method. He doesn't pile on the showy action set-pieces, but his films are gripping psychological thrillers, usually about what goes on behind the facade of middle-class "normality" and "respectability." My favorite film of his (and one of my favorite films ever) is 1971's "Le Boucher" ("The Butcher"), about serial killings in a small French town. It's as emotionally draining and suspenseful as movies get, and yet so much of it is below the surface, like the local caves that provide the images for the titles sequence. -- JE