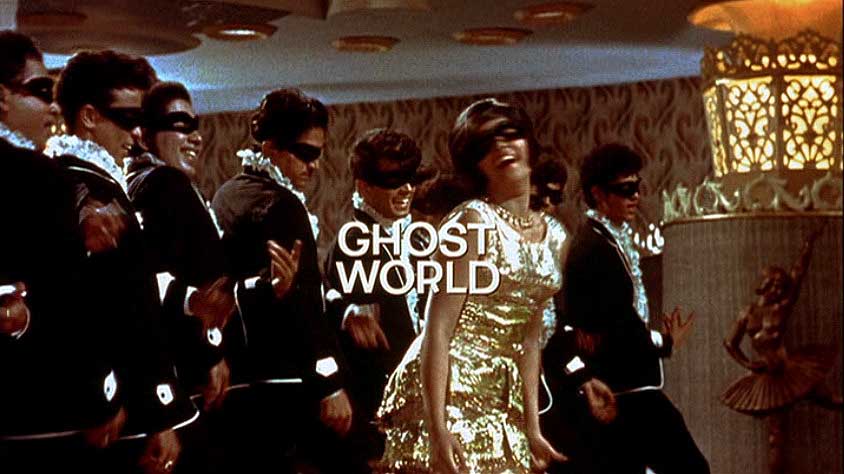 A few weeks ago I took my kids to see "Cars" at a theater off Aurora Avenue in Seattle. Aurora would be a perfect setting for a Clowes/Zwigoff picture: seedy motels, diners, people waiting for buses, adult book stores, etc. We were seeing the movie a week or two after it opened so the crowds had died down. The cast of characters in the lobby getting snacks (the overweight family loading up on jumbo popcorn, the chaperone with the retarded kids, the guy with the NASCAR hat) made me remark to my wife that I felt like i was in a Dan Clowes comic. 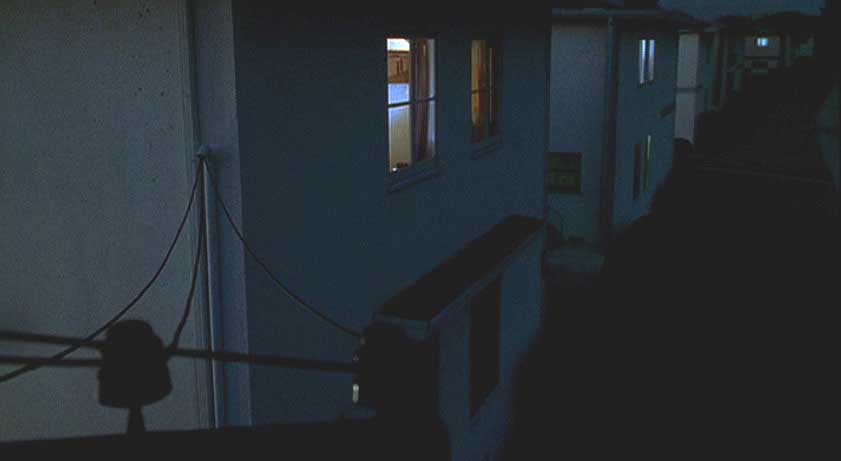 The opening shots of "Ghost World" cut back and forth between "Jaan Pehachaan Ho" from the Bollywood movie "Gumnaam" and a camera movement to the back of Enid's apartment building. We find out at the end of the shot that the movie is playing on Enid's TV. Terry Zwigoff does a great job of capturing Dan Clowes' style as well as Enid's character. All of the inhabitants in the apartments seem brain dead, while Enid's apartment is pink and blue, filled with thrift store finds, toys and a Pufnstuf poster. Later in the movie Enid is eventually able to escape the dead end that is her life. The opening shots of "Ghost World" drop you right into the pages of a Dan Clowes comic book and more importantly shows the juxtaposition between Enid and her surroundings. 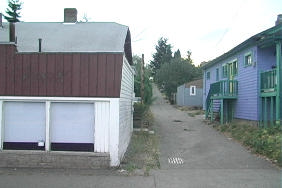 An alley off Aurora Avenue North near 80th -- east side of street. Residential facilities on the right; a structure housing the Baseball Barber Shop on the left. Keep heading north for lots, lots more... (A9 Local Search)

JE: Muchas gracias, Hammy! (I recently wrote an appreciation of "Jaan Pehachaan Ho" here.) As you know, I love Aurora and consider it the greatest street in the entire world. (Sorry, State Street -- Seattle's my kinda town.) My theory is that every town in America has an Aurora Avenue (the old Highway 99), a main commercial drag (possibly the former primary arterial route) that takes you past parks, parking lots, and used car lots, and is littered with establishments where merchants provide for the exchange of goods and services of every conceivable type -- from birth (diaper services) to death (funeral homes, cemeteries. In LA, it's Pico Boulevard. In Spokane, I suppose it's Division. Anybody reading this should know the clogged arterial in their particular burgh. What's yours? (BTW, if you want to take a simulated drive down Aurora, you can do so right now, thanks to Amazon's fantastic A9 Local Search, which photographs both sides of streets to help you find just the merchants with the goods and services you require. Here it is: Seattle's Aurora Avenue North, between Green Lake (and Woodland Park) and 80th.)

The way I look at this opening is much like you describe. The first two shots are really a "title card," because they are really a suggested frame-within-the-frame image of "Gumnaam" playing on TV (although we don't know that yet). After the title appears, there's the first shot proper: a great image down the side of an apartment complex, with the silhouettes of wires and ceramic insulators in the foreground. In the windows receding into the distance, we see the flickering of light from cathode-ray tubes. The camera begins to move toward them. Although the rest of the sequence involves cutting back and forth between "Jaan Pehachaan Ho" and shots that slide past and peer into those windows, it feels like one continuous camera movement. I've said it before: It perfectly legitimate to talk about the context for these Opening Shots -- as Robert Horton also does for "Cutter's Way." More images after the jump... 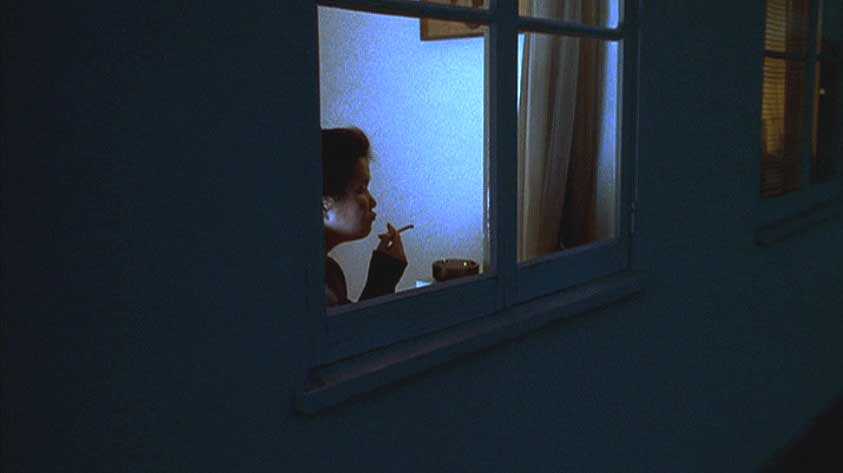 The camera moves down and turns, perpendicular to the windows.

How surprising to find Ron Jeremy living in Enid's complex. 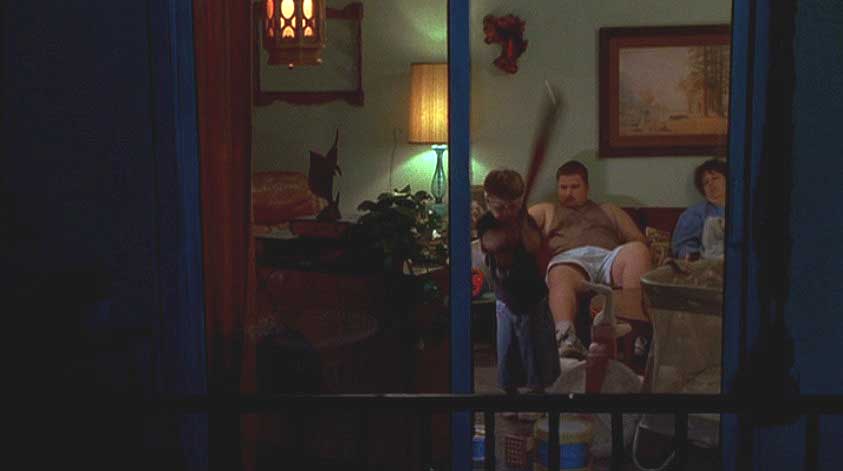 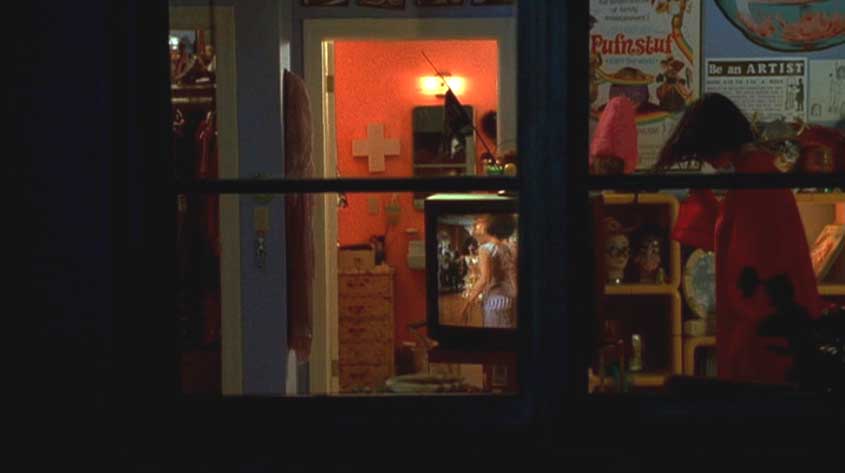