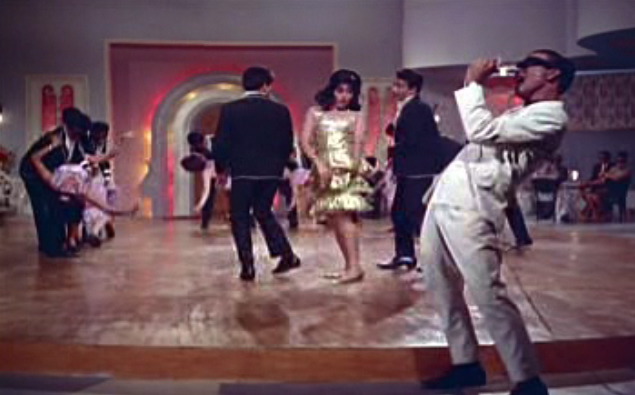 Terry Zwigoff ("Crumb," "Bad Santa," "Art School Confidential") said that as soon as he saw this musical number, "Jaan Pehechaan Ho," from the 1965 Bollywood production "Gumnaam," he knew he had to have it for the opening of his film "Ghost World." You can see why. It's mesmerizing -- one of the wildest, craziest musical numbers I've ever seen. The (Lynchian) energy is so frenetic the thing practically pops off the screen. And the way it's directed and choreographed for film is fantastic. The camera is always in the right place, and the shots of the necessary duration. You never feel like the director and editor are just cutting between different angles at random (as in the last few centuries of music videos, or Oliver Stone movies), chopping up and defusing the kinetic energy of the dancers and the dance. Every shot (mostly full shots, with a few mediums and only a few well-chosen close-ups for punctuation) seems to have been planned with the camera in mind, so that the whole dance only exists as assembled on film. That's the way a movie musical number is supposed to be. And there's something going on in just about every part of the frame -- and in the foreground, middle ground and background, too! (I think the opening of the first "Austin Powers" movie was the last time somebody did it right like this.)

The whole number is available on the "Ghost World" DVD, and on the web -- here as an .mpg download and here on YouTube.

Groovy frame grabs and more after the jump. 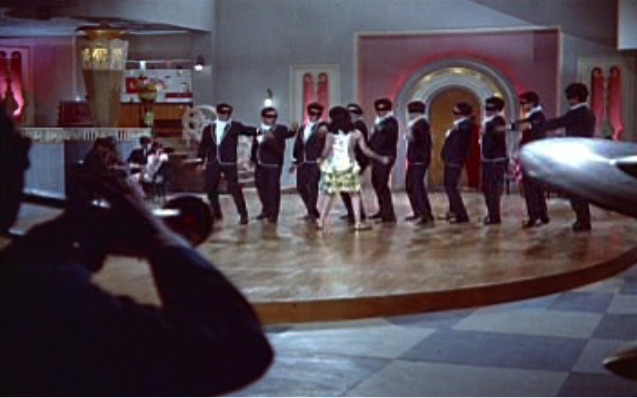 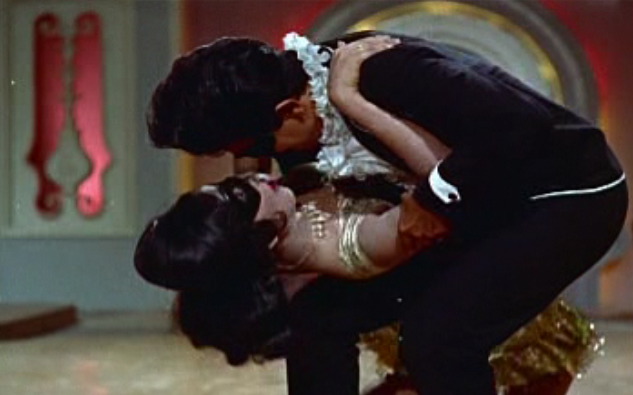 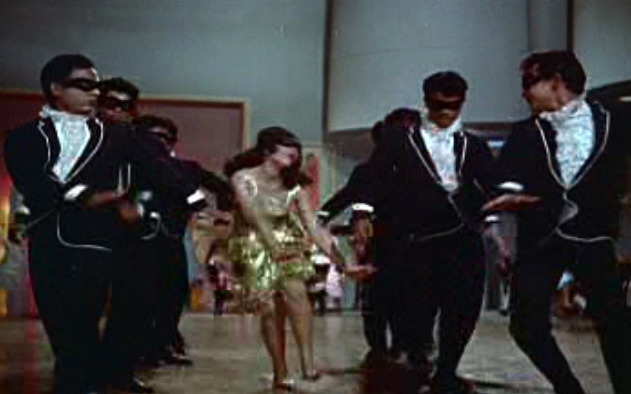 Mondo Digital provides some background on the original film (also available on DVD), a two-and-a-half-hour spectacular described as "India's first horror-thriller" -- although it sounds kind of like an alternate-universe "Lost" ("Gumnaam," in fact, means "Lost One"):

A planeload of random passengers is forced into an emergency landing on a very large island with only one spooky house offering refuge from the torrential rain. Representing a cross section of society, the bewildered guests include a doctor (Madan Puri), a perpetually happy dancer (Nanda), studly would-be heartthrob Anand ('60s singer and director Manoj Kumar), and most memorably, a drunken showgirl named Miss Kitty (Bollywood favorite Helen). Inside the house they see a shrouded body which turns out to be the prankster butler/cook (Mehmood, with an odd Hitler moustache), who indicates he has been expecting them all to arrive and shows them into the dining room. There they find a book indicating that each person has committed murder at some point in their lives but escaped conviction, so their mysterious host has now decided to dole out punishment.... 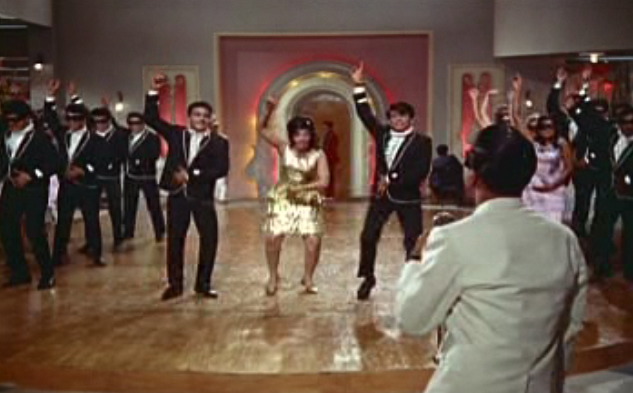 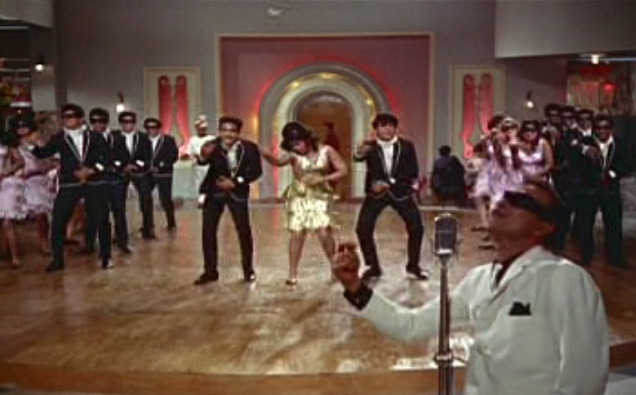 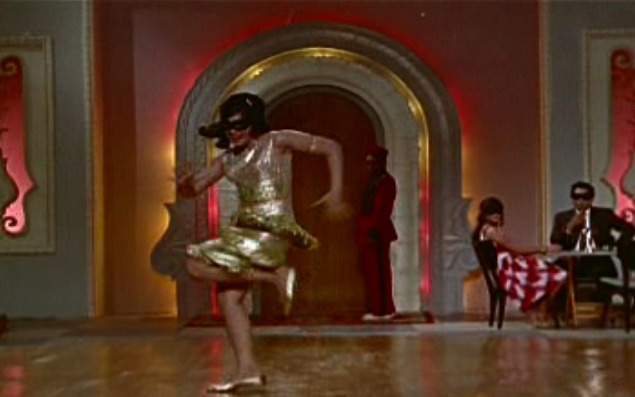 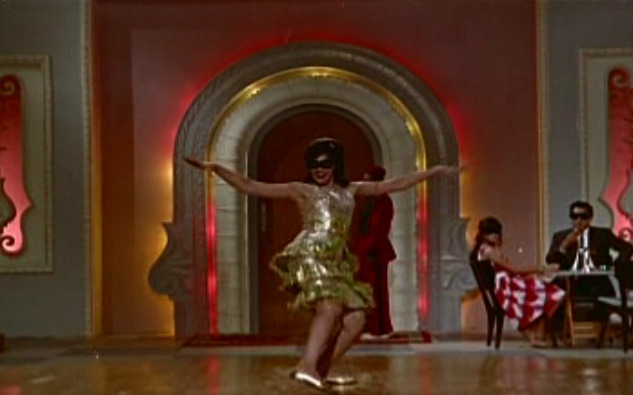 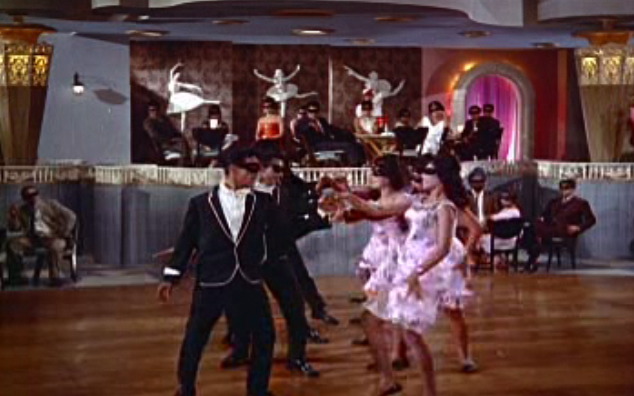 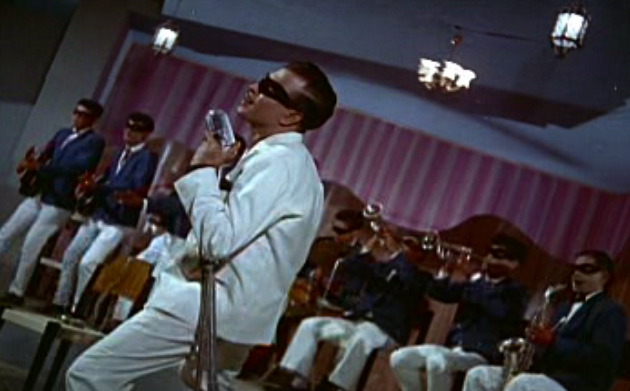 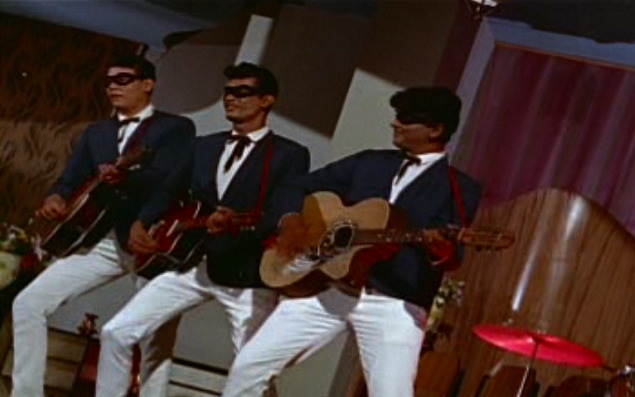 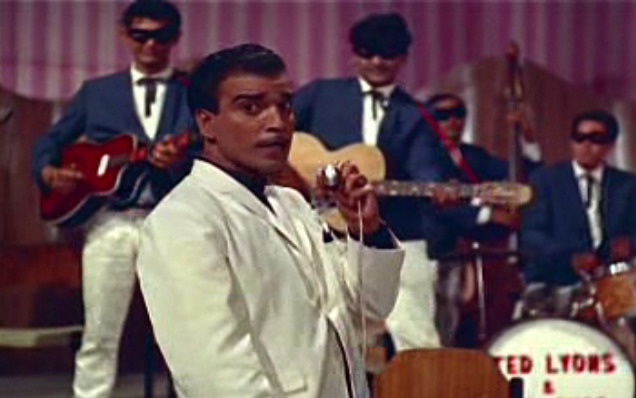 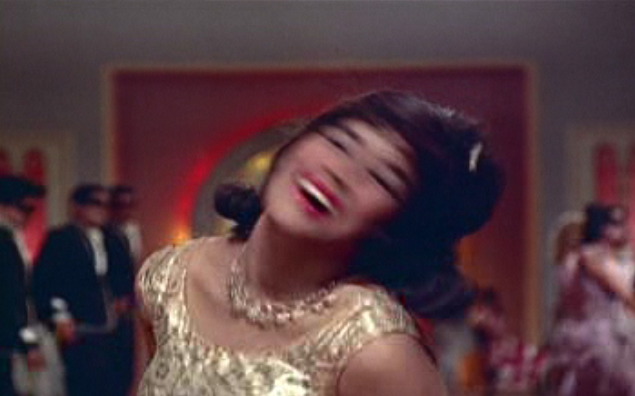 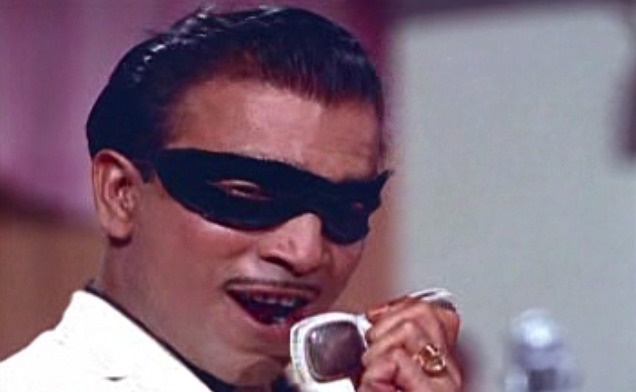 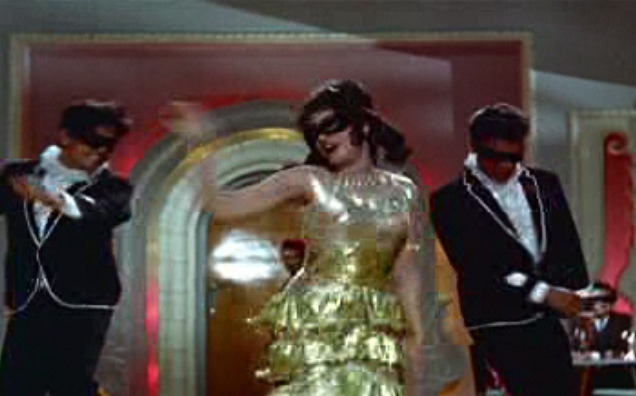 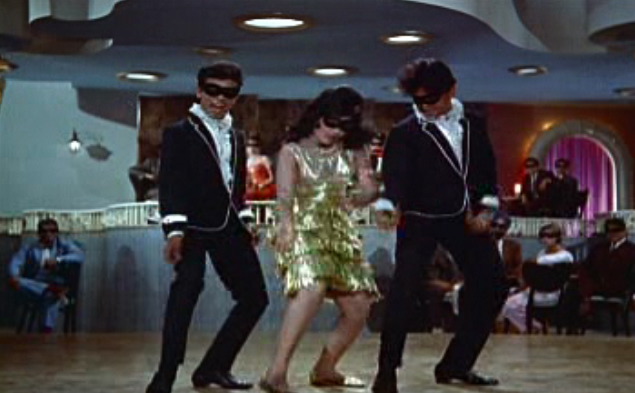 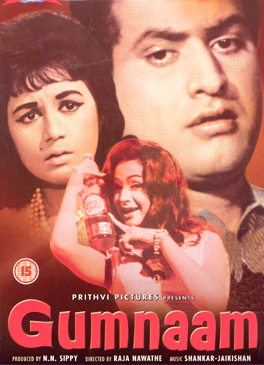