On Not Getting the Joke, Part Twenty-Seven Thousand Four Hundred Eighty-Two 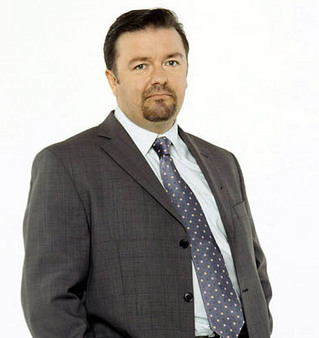 While humor is a matter of personal taste, it's also a matter of misdirection (like magic), of absurd juxtapositions that violate expectations... and taboos. Perhaps you remember the image of one state politician's head pasted onto the body of another's baby -- and the latter's preposterous (and disingenuously exploitive) allegation that it was actually making fun of her child, rather than the politico who was portrayed as a baby. No one has been able to explain how ridiculing a baby could have been intended as funny, or as satire -- but, then, you'd have to be awfully thick to honestly believe that was the intent in the first place.

So, here's another strange one: In his new stand-up show, "Science," Ricky Gervais (best-known co-creator and star of BBC's "The Office" one of the great comic achievements of Modern Man) made a joke about regretting drinking and driving. You may or may not think it's funny, but here's the gist, according to Gervais:

"I've done it once and I'm really ashamed of it. It was Christmas -- I'd had a couple of drinks and I took the car out.

But I learned my lesson. I nearly killed an old lady.

In the end I didn't kill her. In the end, I just raped her."

Now, here's the way a writer in The Independent paraphrased it:

This kind of shtick falls down for me, however, when he describes the only time he found himself drinking and driving. Remarking that he nearly knocked over an old woman he adds: "I didn't though... I raped her." Gervais says that this is his "favourite" joke, but it is ill-judged to say the least.

Well, that's the way the clueless David Brent might tell it, but it's not at all what Gervais said. As he explained on his blog, The Independent's version is indeed unfunny, because it "contains no joke at all":

The joke clearly revolves around the misdirection in the term "nearly killed", suggesting "narrowly avoided". But, as it turns out, "nearly killed" means something much, much worse.

There will still be those, no doubt, who will persist in believing that the intent of the joke is to get a laugh out of the raping of an old lady. There's nothing that can be done for those people. You either understand the way the English language works or you don't.