On love and work: Alexis Tioseco and Nika Bohinc 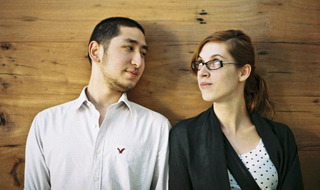 Film critics and journalists Alexis Tioseco and Nika Bohinc were robbed and killed at their home in Quezon City, Manila, Philippines, earlier this week. David Hudson has collected writings and reminiscences by and about the couple at The Auteurs Daily. I wasn't familiar with either of the young writers -- he, a Canadian-Filipino critic and editor; she, a Slovenian film journalist; both champions of Southeast Asian cinema. But I was moved by the belated discovery of a piece Alexis wrote to Nika in Rogue Magazine last year in which he spoke of his love of Filipino film and his love for her. It's called "The Letter I Would Love To Read To You In Person," and it's a meditation on love and work and doing what one must:

Many filmmakers, especially filmmakers in the Philippines, have a problem with the word critic. We have little to no culture of healthy polemics in the country, as any attempt to consider fault is taken as a personal attack. Rare are those that are able to deal with it properly. One particular filmmaker took objection to the idea of a publication that I was to edit using the title "Criticine": he had a problem with the word critic being included. A nasty term, I suppose he thought.

The first impulse of any good film critic, and to this I think you would agree, must be of love. To be moved enough to want to share their affection for a particular work or to relate their experience so that others may be curious. This is why criticism, teaching, and curating or programming, in an ideal sense, must all go hand in hand. [...]

Writing in English, I never felt much of a need to write about foreign (non-Filipino) movies--though I'm often asked to, and mostly of Hollywood fare. While I love cinema in general, a passion that has grown exponentially over the years, I feel no need to put myself in service of that which doesn't need it. The feeling has always been: why write about "Juno" when I've hardly read anything incisive put to print about the great animation of Roxlee? Why write about "No Country for Old Men" when there's the brilliantly charming films of Antoinette Jadaone waiting to be discovered by readers? [...] 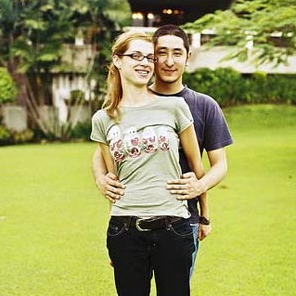 If there has been a single cause of strain that has stuck out in our relationship it is this: the idea of my attachment to the Philippines, the strong desire you see that I have to live and work here, and the way that, perhaps, you see this as a matter of misappropriate priorities. Does a place mean more than a person? Does my work in the Philippines mean more than the possibility of a life with you, somewhere, anywhere else? Must it be you that moves, makes the (I know you hate the word, but let us use it) sacrifice of moving? And what, if anything, does that say about us--that the scales of our love weigh more heavily on your chalice?

I know you've come to terms with the idea of moving here, hopefully next year, we discuss--but I still feel the need to talk a bit more about some of my reasons for wanting to stay, at the very least for the meantime. I'm not attempting to compare my affection for Manila with yours for Slovenia, but only to explain the thoughts that go through my head, the things I feel I must do, things that, perhaps, we can do together.