Missing Bingham: Alchemy and the movies

Since I learned Monday that my friend Bingham Ray had died of a stroke at Sundance, I've been tweeting random memories of him. He was 57, but we first met in 1984 when he was 30 and I was 27. In the years I knew him, he worked at New Yorker Films, Alive, Samuel Goldwyn, Avenue Pictures, October Films (which he co-founded with Jeff Lipsky), United Artists, Sidney Kimmel Entertainment... I can't keep track of them all, but I hadn't spoken to him since he moved west in November to head up the San Francisco Film Society. What I can't fathom right now is that I won't be running into him, as I could be sure I would, at a film festival or his office if I happened to be in town, or calling or e-mailing him on a whim... What I treasure most are the things I've been spontaneously remembering and tweeting about, like:

* Bingham Ray was a New Yorker. When he first moved to LA he took the bus [on Santa Monica] to [work at] Goldwyn -- the only passenger who wasn't a Beverly Hills maid.

(He learned to drive and got his license.)

(This was one of those coincidences that wound up becoming a treasured afternoon. I remember being so happy to have these favorite people from different yet overlapping parts of my life for so long -- I'd known "The Dude," Richard, Kathleen and Julia since the 1970s -- all together at one table! You just never know which moments are going to stay with you indelibly.)

* At Telluride in the '80s, Bingham Ray said of Cannes: "You'd hate it. It's a circus." But he said I might find it garishly funny. Never been.

(This was after a lousy dinner at a Telluride Chinese restaurant that Bingham took Ann, Julia, Nancy Locke and I to. For years he'd laugh about it: "I can't believe I took some of the nicest people in the business to one of the worse meals of their life." Real movie people often recognize one another, and say things like: "He's one of the good guys." It's code: We know what it means. So many have said it, and are saying it now about Bingham, and he used to do the same with me and others we knew and valued. I remember one time, when he was in mid-production on David Lynch's "Lost Highway," produced by October Films, He told me he and his son Nick had been playing with Microsoft Cinemania, the multimedia CD-ROM movie encyclopedia I was then editing, and had thought that whoever expanded the selection of film and audio clips really knew what they were doing -- only to discover, from the Editor's Intro, that it was me! Yes, I'm bragging because Bingham's opinion mattered that much to me. Some people's compliments don't mean anything. Bingham's did.)

There are many ways you recognize a kindred spirit as you pass through life, and I've written about some of them I immediately saw in Bingham at the SLIFR Movie Tree House, which I hope you've been following. 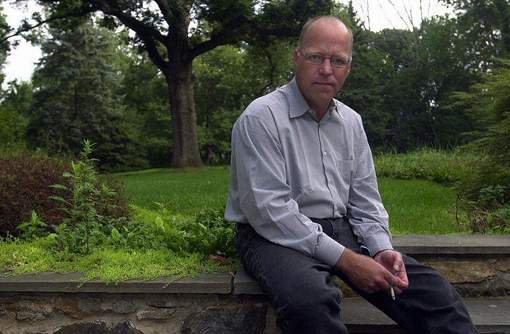 But before I get to that, I'd just like to mention a conversation we once had (over Pink's hot dogs in LA) after "Drugstore Cowboy," Gus Van Sant's second feature (after "Mala Noche"), had come out in 1989. It was an Avenue Pictures production/release (Cary Brokaw's company, after Island/Alive), and I thought it was one of the best movies of the year. Of course, we had a great time talking about our favorite little moments -- from Kelly Lynch's immortal line ("You never fuck me and I always have to drive") to the hallucinations on the car window to just about every second Max Perlich is on screen. Everything that matters in a movie -- and especially a mood piece like this one -- comes down to those ineffable moments, and apparently Van Sant's first cut didn't find enough of them. They all agreed it was flat, airless. They could have given up and dumped it: Why spend good money after bad? But instead, they spent a long time and considerable effort trying to "find the movie" in the footage, to bring out and nurture that most difficult, important and ephemeral of qualities: tone.

I don't recall if Avenue brought in a new editor, or how much Elliot Goldenthal's score had to do with it (a lot, I'm sure), but they didn't give up. They stayed with it until they got it right. Anybody who's been through the unpredictable, unmanageable task of making a film, from idea to release, knows how delicate and difficult that process can be. It comes down to alchemy. A few too many or two few frames here or there, a cut to the wrong shot, a facial expression that doesn't register, a line reading that misses the mark -- any of these things can spoil a moment, or negate it. Bingham knew that, and it's one of the most important things to learn about why movies are what they are. His love and understanding of film was rare -- and not just within the movie business, but perhaps especially there.

From my second SLIFR Movie Tree House post, the latter half of which was written Monday after I'd learned of his death:

I think the other thing -- sort of the trademark of independent, specialized art film -- was that nobody was shy about having opinions about what they liked, and what they thought was good. And in those days, anyway, you could really get behind something you believed in -- you didn't have to draw a line between, "Well, I like this, but who else would? Is there an audience for it?" It was more like, "I like it. It's good. We're gonna do something with this." And with certain people it's carried over to the current day. [...]

... [When] your roots are in the realm of personal taste, and a belief in quality, it makes a difference over time. That's not to say that people in L.A. don't have personal taste, or don't believe in quality, but I think it's more pronounced in New York. Everybody has an opinion, and stands by it. I mean, you've got Bingham Ray, a year after "Blair Witch" premiered at Sundance, saying, "I don't care if it grossed $100 million, it's shit." So it goes both ways -- it's not just positive, it's also stuff like, "That director's no good, that film's no good. Fuck it, I don't care if people do go to see it -- it's still crap!" You know, in L.A., if it grosses $400 million worldwide, it's not shit anymore.

NOTE: Before he got into the movie business, Bingham worked as a bartender. And he plays a bartender in Wes Craven's "Shocker" (1989) -- a rare on-screen appearance! 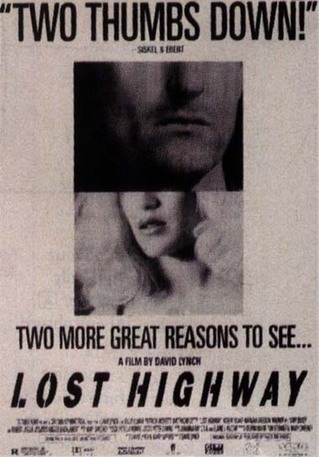 Via Ray Pride at MCN: