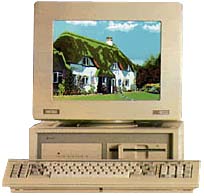 Scanners is only a little over a year old. If I recall correctly, it began on RogerEbert.com shortly before the 2005 Toronto International Film Festival in the fall, then shifted over to the new Sun-Times/Moveable Type publishing platform a few months later in spring, at the beginning of the 2006 Overlooked Film Festival -- 254 Moveable Type entries ago. It's been almost exactly four months since I persuaded the Sun-Times that I really wanted to have Comments enabled, and they became available here for the first time in June. Last week, without my even noticing it, we passed 1,000 comments (almost 1,100 as of today) -- and for that, I am extremely grateful to you!

Since June, I've instigated the Opening Shots Project -- with many contributions from readers (and many still to be published, and many frame-grabs to be grabbed -- I haven't forgotten, I'm just overwhelmed) -- and we've had some exceptionally terrific and rewarding discussions about "The Descent," "The Departed," all kinds of approaches to film criticism, and more other subjects than I can think of right now. Scanners is rapidly evolving into the very thing I hoped it would become, a place where people can have impassioned, intelligent, provocative (and funny) discussions about critical thinking in all its guises -- beginning with "moving images" (film and video and TV) and extending in all directions into even the touchiest related (but unavoidable) subjects of sex, business, politics, race, religion, philosophy, mythology and art. How much fun is that?!?!

A flashback: In 1988, I bought my very first DOS-based 8086 home computer, an Amstrad (big name in Europe at the time) with a color monitor (16 or 64 colors, I can't remember). I'd worked on various other machines with green or amber monochrome displays -- and even used the original no-hard-drive Mac and the then-ubiquitous (for journalists) "portable" Tandy 1000 (with a small liquid-crystal display and a modem you could hook up by placing suction cups over a phone receiver) -- but this was my gateway to the new world. Windows hadn't caught on (3.1 wouldn't take off until after 1992), but I could run GEM Desktop (a GUI built on DOS) -- and I could hook up a 1200 bps Hayes-compatible modem without an acoustic coupler!

That was when I got on Prodigy, one of the early online networks (then only available in a few cities, including New York, Los Angeles and San Francisco, as I recall). The next summer, when Spike Lee's "Do the Right Thing" came out, rumors and paranoia and arguments ran hot and heavy. I had known Spike slightly through mutual friends since I'd tried to book "She's Gotta Have It" at the Market Theater in Seattle, and was able to post quotes from my own past and current interviews with him (as well as my detailed readings of the movie) to contribute the online "message boards." I was working for the Orange County Register in Los Angeles at the time, and my stuff was syndicated over Knight-Ridder, but at that time you couldn't read newspaper movie reviews outside of a paper's local circulation area unless you could get a copy at the newsstand.

Anyway, these heated discussions about "Do the Right Thing" made me realize this was a medium -- and a form of writing -- that I loved even more than newspaper journalism and criticism. I'd always loved the immediacy of newspapers -- the sense of writing as a spontaneous performance (despite all the training and research that went into it) -- but this was such a rush! It taught me (and I'm still learning) about how to be more specific in my writing, to really hone in on what I wanted to say -- and, in ensuing exchanges, to correct myself when I was wrong, clarify when I hadn't said precisely what I meant to say, and pinpoint exactly what I did say whenever someone misrepresented it. Best of all, I had some fascinating exchanges of ideas with people I'd never even met. I'd already written for newspapers for some years, and received letters and phone calls from readers, but never the kind of really engaging, complex interactions that the online world provided.

And now, here we are, 17 years later, and I still dig writing on the web more than any other form I've ever tried -- and I can't think of many that I haven't (except opera!). Radio is fantastic, because you get to use your voice; film and theater and television are amazing because you get to hear other people give life to your characters, words and ideas. But I can't think of any other medium in which you can initiate a discussion -- or let a thread or a tangent take you off in a direction you hadn't foreseen -- and collaborate with so many other people in where and how the conversation flows. Even better, the conversation takes on a life of its own and people "discuss amongst themselves." (Thanks, Linda Richman.)

So, while I'm procrastinating on three reviews and a big list of Scanners posts I want to get to (including lord knows how many Opening Shots), I just wanted to take this moment to say thanks. In another four months (O, how Internet time flies!) I wonder what other unanticipated territories we will have explored together...