Margaret: The masterpiece that (almost) got away

Kenneth Lonergan's "Margaret" was written in 2003, filmed in 2005 and stuck in post-production for six more years. The 150-minute version briefly released theatrically last year was an inchoate masterpiece, perhaps, but a masterpiece nevertheless. The DVD/Blu-ray release, July 10, will feature two versions of the film -- the theatrical release and a new "extended cut" by Lonergan that, he says, better reflects his current vision for "Margaret." As he told Indiewire, "The cut that was released was the cut I delivered. They're both the director's cut; they're just different cuts." 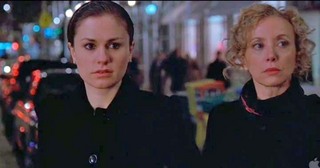 Paul (teenage Patti Benton's boyfriend in Paul Mazursky's 1978 "An Unmarried Woman" -- a specimen of living, breathing upper-class urban cinema that belongs in the same genus as "Margaret") would no doubt observe that Lonergan's movie is "flawed." (Or, as Patti says: "I liked it. Paul thought it was flawed.") And it is. "Margaret" rapidly unravels in the last third or so, along with the turbulent world of its teenage protagonist Lisa Cohen (Anna Paquin). I don't want to get into the plot or characters at all here (I want to wait until I see Lonergan's "extended cut"), but let me say that this movie features four of the most mesmerizing and complex characterizations I've ever seen in any movie: Paquin's Lisa, Jeannie Berlin's Emily, J. Smith-Cameron's Joan and Allison Janney's Monica (the latter a one-scene cameo). 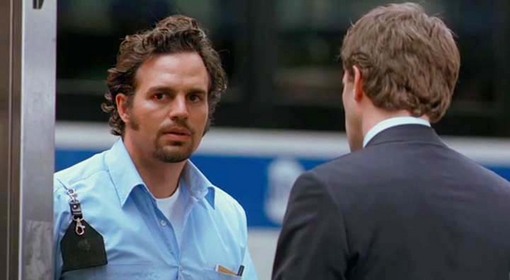 This is the rare movie that isn't so much about story as behavior. The characters, what they do, what they say and how they say it, what they feel, what they believe... all of that makes up who they are. And "Margaret" is about people's interior lives, what they don't say, what they don't do, what they don't understand about themselves and their own thoughts and feelings and other people. (Wesley Morris astutely described it as "a kind of everyday highbrow social X-ray, Paul Mazursky by way of Krzysztof Kieslowski.") I've never seen a film that dissects with such precision just how hard it is to have a meaningful conversation, to actually communicate what you want to say to another person, and to hear and process what they are saying. So many opportunities for evasion, deception, ambiguity, whole or partial (mis)interpretation, passive-aggressive manipulation... So many written and unwritten rules, guidelines, laws, expectations, manners, customs, shorthand signals... Lisa is a teenage diva -- she's a high school girl! -- and she plunges into an adult world where she's way, way over her head.

Even on the page, without the interpretive genius of the actors and direction, an exchange like this one between Lisa and her mother (just a small excerpt of the whole scene) is extraordinary for its ever-shifting dynamics, attacks and feints and parries:

LISA Yes. That's true. But I don't like opera singing.

JOAN But when have you --

LISA It's like their entire reason for existing is to prove how loud they can be. I don't really find that very interesting.

JOAN Yeah... I know what you mean. I don't like that really loud opera singing either. But it's not all like that... You like "The Magic Flute"...

LISA OK, I guess I'm wrong. I guess I do like opera singing. I just didn't realize it.

JOAN What is the matter with you?

LISA Why are you pushing this? I don't want to go to the opera!

JOAN Yes! OK! It's called an invitation. I'm not pushing anything. All you have to say is "No thanks!"

LISA I did! And then you were like, "Why not?" So I told you, and then you like, started debating me, like you assume I've never thought this through for myself -- which I really have. Many times!

JOAN OK, well, that was a really contemptuous assumption on my part. I don't actually like opera that much myself, but I'm trying to expand my mind... Maybe that's wrong. I'm sorry...

Everybody's right and everybody's wrong; everybody's aggressive and defensive; everybody's sincere and full of shit; everybody's got reasons and everybody's making excuses... It's a good thing the art of "Margaret" is so penetratingly perceptive and exhilarating, because these characters, the intensity of this language and the drama of these confrontations, would otherwise be simply exhausting.

Fox Searchlight released a 198-page .pdf of Lonergan's 168-page 2005 shooting script online, and in it you can see some of the elisions made in the theatrical version, where it's obvious that cuts have been made in the middle of scenes. A classroom argument about Palestinian suicide bombers explodes prematurely without build-up. A scene with Paul (Kieran Culkin) in the Cohen living room suddenly cuts to Lisa's bedroom. This is particularly noticeable because Lisa tells Paul that, if he wants a beer, he'll have to accompany her to the kitchen. Sure enough, there's a kitchen scene in the script -- just a bit of character business in which Paul recklessly damages the counters by opening beers on them when Lisa can't find a bottle opener. That's just like Paul... 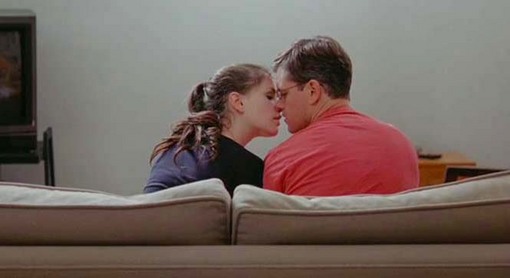 There are quite a few examples of this sort of thing, not unexpectedly when a screenplay as beautifully constructed as this one loses 30 minutes of screen time (from three hours down to two-and-a-half). A scene between Lisa and her teacher Mr. Aaron (Matt Damon) is elided after a shot from behind the couch as she lowers her head into his lap. We don't know if they had intercourse, so when Lisa later claims she had an abortion we don't know if it's a lie, a fantasy or the truth. In the script, we do, and there's a scene in which Joan takes Lisa to the abortion clinic. Lisa has a close friend, Becky, who is mostly cut out of the theatrical version (except for a pre-party scene in which they have a tiff), because a subplot about their (and lovesick Darren's) involvement in a student production of "Guys and Dolls" has been entirely eliminated.

A few other things we learn in the script: Lisa actually comes on to Mr. Aaron (confessing her feelings and telling him she's not a virgin) in the bicycle scene. Emily tells Lisa that Monica's father had left some money to her "nasty" cousin Abigail's kids in Arizona. Monica was the executor of his estate and Abigail hectored her for years to get premature access to the money, which was to go directly to the kids when they turned 21. That's why Abigail had the phone records showing she was in contact with Monica, and it's why she and her husband Rob go on about a "fund" (as in "trust fund") for the kids in the theatrical version. It's also clearer in the screenplay that what Lisa is looking for most desperately is forgiveness -- for her part in the accident (which she doesn't confess until the end) and for everything else. She doesn't have it within her to forgive herself. And the only person who, in her opinion, possesses the air of authority to grant that forgiveness is Emily, one of the most intimidating and volatile characters I've ever encountered. You fully understand why Lisa is drawn to her; she seems possessed of a wisdom (and, perhaps, is attuned to vibrations) that others can't fathom. 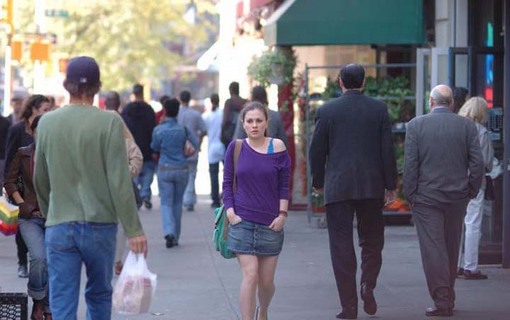 Most of what people casually refer to as "editing" doesn't have much to do with simply trimming a movie's running time, though getting a writer-director's beautifully shaped three-hour screenplay down to the contractually required two-and-a-half-hour cut proved to be the near-undoing of "Margaret." Most of it has to do with finding rhythms within scenes and the overall pacing of the picture. So, even in the theatrical release, where there are obviously chunks of material missing, sometimes marked by what are virtually jump-cuts, Lonergan still found opportunities for slow, moody passages that allow the film to relax and breathe, like taking a walk on a late autumn afternoon. 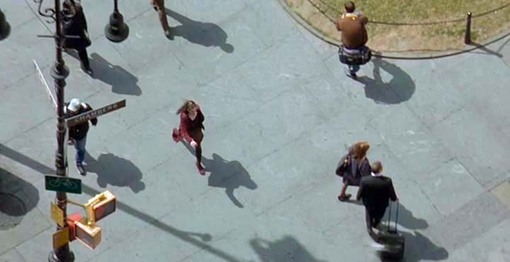 The last third of the film, especially, seems to suffer the most elisions (according to some critics), changing the contours of the story and leaving a very different impression than the screenplay. I think Lonergan knew exactly what he wanted to accomplish in "Margaret," because the music is there, in the language and the images and the structure of the screenplay. Its flaws are not failures of nerve or confidence or artistic vision, but of attaining its final shape. I doubt it was possible to cram Lonergan's ambitions (realized in virtually every scene of the theatrical release) into a 150-minute time slot. I'm hoping that, beginning Tuesday, we'll gain a better understanding of what he meant last fall when he said, "... while I fully support the released Cut, it's also no secret that I tried to get a subsequent version released, which Marty Scorsese very graciously helped with, which even more fully executes my complete intentions -- a cut that I still hope will someday, somehow see the light of day." 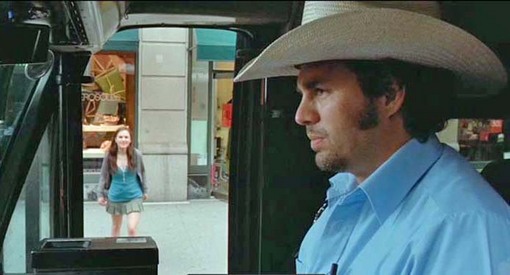