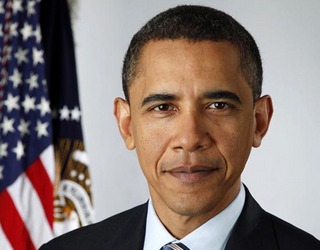 The [Bush White House] aide said that guys like me were ''in what we call the reality-based community,'' which he defined as people who ''believe that solutions emerge from your judicious study of discernible reality.'' I nodded and murmured something about enlightenment principles and empiricism. He cut me off. ''That's not the way the world really works anymore,'' he continued. ''We're an empire now, and when we act, we create our own reality. And while you're studying that reality -- judiciously, as you will -- we'll act again, creating other new realities, which you can study too, and that's how things will sort out. We're history's actors . . . and you, all of you, will be left to just study what we do.'' -- Ron Suskind in the New York Times, recalling an epiphanic conversation that took place in the summer of 2002

Since the latest Bush torture memos were released, the news media has been persistently reporting a myth -- that Barack Obama has publicly changed his position on whether those responsible should be investigated and prosecuted if they broke the law. I have seen this story repeated so many times over the last week or two that it has now became accepted as "fact," despite evidence to the contrary, just about everywhere -- from the New York Times to Fox News. Even The Daily Show, one of the more reliable sources of television news and analysis, got it wrong.

Here's one version of the myth, as promoted by one Clive Crook in The Financial Times. After releasing the memos and repudiating the methods they outlined, Crook writes that Obama:

promised that there would be no prosecutions of interrogators, so long as they had acted in good faith and under guidance that the methods were lawful. And he implied, at least, that the same would go for the lawyers and other officials who had designed the earlier policy.

This would not do, however, for many in Mr Obama's party. They accused him of being too timid. Immediately, the president began to vacillate. He allowed for the possibility of some prosecutions, and mused on the proper form of further investigations - not, his spokesman explained, that he was necessarily in favour of such investigations.

In fact, Obama has consistently articulated the same position all along: He has put a stop to the torture and wants to lead the country forward to face some tough challenges (and that's exactly the tone the president should be setting). While some kind of accountability for past abuses may be necessary, only the evidence itself, as weighed by the Attorney General's office, will determine whether individuals are prosecuted for breaking the law. Obama's hands-off position is the smart one, the ethical one. He's knows this isn't a decision that should come from his office; he must allow the Justice Department the independence it needs to review the facts. But the media wants to make it into a political presidential decision -- because that's what they're used to after eight years of Bush, whose White House was notorious from the start for politicizing all policy matters, explicitly signaled by the presence of Karl Rove in top-level meetings.

Let's review the public record of what Obama has actually said. It's not hard to do -- it's all readily available to anybody with a web browser. Here's an excerpt from an interview with George Stephanopoulos, as quoted in USA Today ("Obama: Time to look forward, but Bush aides aren't above the law"), from January 11, 2009 -- before he took office:

Obama: "We're still evaluating how we're going to approach the whole issue of interrogations, detentions, and so forth. And obviously we're going to be looking at past practices and I don't believe that anybody is above the law. On the other hand I also have a belief that we need to look forward as opposed to looking backwards. And part of my job is to make sure that for example at the CIA, you've got extraordinarily talented people who are working very hard to keep Americans safe. I don't want them to suddenly feel like they've got to spend all their time looking over their shoulders and lawyering." [...]

"We have not made final decisions, but my instinct is for us to focus on how do we make sure that moving forward we are doing the right thing. That doesn't mean that if somebody has blatantly broken the law, that they are above the law. But my orientation's going to be to move forward."

Stephanopoulos: "So, let me just press that one more time. You're not ruling out prosecution, but will you tell your Justice Department to investigate these cases and follow the evidence wherever it leads?"

Obama: "What I -- I think my general view when it comes to my attorney general is he is the people's lawyer. Eric Holder's been nominated. His job is to uphold the Constitution and look after the interests of the American people, not to be swayed by my day-to-day politics. So, ultimately, he's going to be making some calls, but my general belief is that when it comes to national security, what we have to focus on is getting things right in the future, as opposed looking at what we got wrong in the past."

In releasing these memos, it is our intention to assure those who carried out their duties relying in good faith upon legal advice from the Department of Justice that they will not be subject to prosecution. The men and women of our intelligence community serve courageously on the front lines of a dangerous world. Their accomplishments are unsung and their names unknown, but because of their sacrifices, every single American is safer. We must protect their identities as vigilantly as they protect our security, and we must provide them with the confidence that they can do their jobs. [...]

This is a time for reflection, not retribution. I respect the strong views and emotions that these issues evoke. We have been through a dark and painful chapter in our history. But at a time of great challenges and disturbing disunity, nothing will be gained by spending our time and energy laying blame for the past. Our national greatness is embedded in America's ability to right its course in concert with our core values, and to move forward with confidence. That is why we must resist the forces that divide us, and instead come together on behalf of our common future.

The United States is a nation of laws. My Administration will always act in accordance with those laws, and with an unshakeable commitment to our ideals. That is why we have released these memos, and that is why we have taken steps to ensure that the actions described within them never take place again.

This is entirely consistent with his earlier statements, and with what he has said since. When Obama visited CIA headquarters on April 20, he sought to take heat off the working agents:

So, yes, you've got a harder job. And so do I. And that's okay, because that's why we can take such extraordinary pride in being Americans. And over the long term, that is why I believe we will defeat our enemies, because we're on the better side of history.

So don't be discouraged by what's happened in the last few weeks. Don't be discouraged that we have to acknowledge potentially we've made some mistakes. That's how we learn. But the fact that we are willing to acknowledge them and then move forward, that is precisely why I am proud to be President of the United States, and that's why you should be proud to be members of the CIA.

The next day, answering questions from reporters in a "joint press availability" with King Abdullah of Jordan, Obama said:

For those who carried out some of these operations within the four corners of legal opinions or guidance that had been provided from the White House, I do not think it's appropriate for them to be prosecuted.

With respect to those who formulated those legal decisions, I would say that that is going to be more of a decision for the Attorney General within the parameters of various laws, and I don't want to prejudge that. I think that there are a host of very complicated issues involved there.

As a general deal, I think that we should be looking forward and not backwards. I do worry about this getting so politicized that we cannot function effectively, and it hampers our ability to carry out critical national security operations. [...]

... I think it's very important for the American people to feel as if this is not being dealt with to provide one side or another political advantage but rather is being done in order to learn some lessons so that we move forward in an effective way.

It was president George W. Bush, beginning in 2003, who said, in his famous "Get Outta Dodge" address on the eve of invading Iraq: "War crimes will be prosecuted, war criminals will be punished and it will be no defense to say, 'I was just following orders.' " We know how much words meant to Bush.

He believes that, look, as you saw in that statement he wrote, let's just take a step back. He came up with this and worked on this for about four weeks. Wrote that statement Wednesday night after he had made his decision and dictated what he wanted to see. And Thursday morning I saw him in the office, he was still editing it. He believes that people in good faith were operating with the guidance they were provided. [...]

... [T]hose who devised the policy, he believes that they were, should not be prosecuted either.

That last sentence does indeed contradict -- or at least venture a step beyond -- what Obama had said previously. But Obama didn't say it. Emanuel was giving his characterization of the president's beliefs, but he was not announcing policy. There's a significant difference. And just because Obama is not necessarily behind something does not mean he doesn't understand its value to others. He doesn't want to spearhead a truth commission, but that doesn't mean he will actively try to prevent one from forming. Is this so hard to understand?

I urge you to read for yourself the documents (official transcripts of Obama's statements, the torture memos themselves) linked to above. When the press can't keep a simple story like this straight (no prosecutions for agents in the field following orders in good faith, for the obvious reasons; Justice Department will determine if policy-level prosecutions are necessary), you wonder how much else they just don't get.

P.S. See Glenn Greenwald's take at Salon on why the media is resisting investigations into torture: "Unanimous opposition among establishment journalists to investigations is unsurprising given their role in what happened."