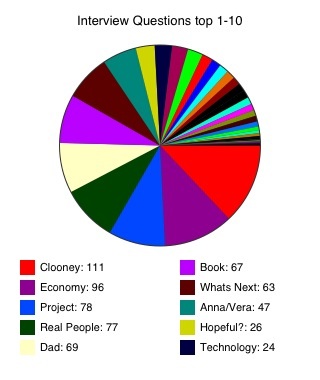 Now engaged in a marathon publicity junket for his new film "Up in the Air," director Jason Reitman ("Juno," "Thank You for Smoking") has been flying around the country doing interviews. Lots of interviews. Gang-bang interviews (as they are known in the trade) and one-on-ones. Through the magic of Twitter, he published two pie charts listing the most-asked questions. (Thought experiment: Imagine being asked the same questions over and over for days or weeks and answering them so that you sound like you care what you're saying.)

Roger Ebert has posted his questions here. After the jump: The 11-20 most-asked questions, and my own Venn diagram! 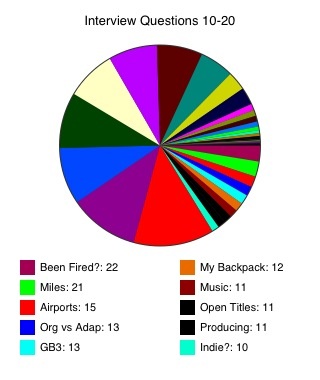 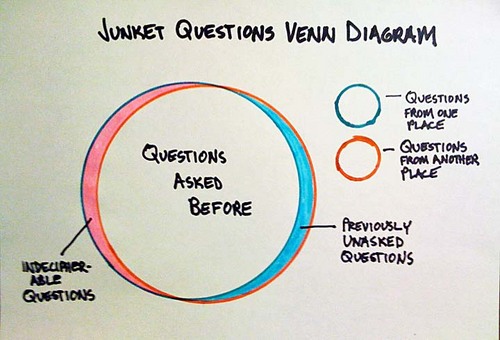