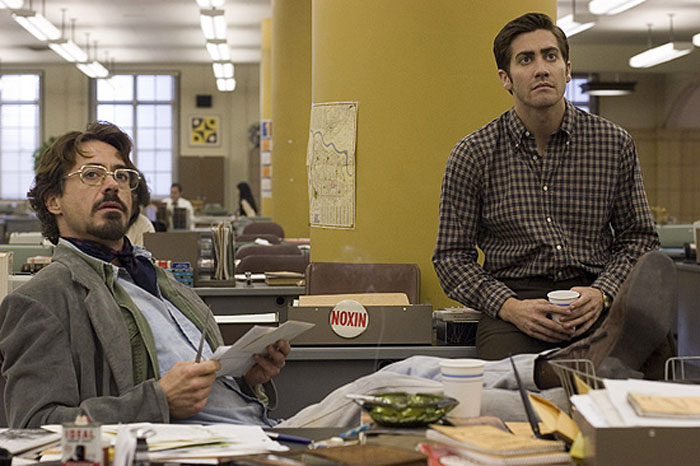 Just a note to say how much I appreciate your film "Zodiac" -- especially its use of 1960s and 1970s analog technologies and strategies. Cryptograms, city grids, travel distances, postmarks, calendars, trailer stall numbers, gun calibers, meal schedules, geographical jurisdictions, faxes, date books, phone numbers, addresses... well, I've expressed my admiration of how your film works and plays with these signs (no, I'm not a semiotician) before, and Manohla Dargis does a fine job of it in today's New York Times, too. (I particularly like her observation that: "'Zodiac' is about thinking, it’s about working things through intellectually, hazarding guesses, trying to solve puzzles (the killer largely communicates through ciphers) and about the dawning of awareness, which encapsulates the experience of watching it." That's one way I like to describe a good movie: It not only teaches you how to watch it, but becomes about the experience you have as you watch it.) 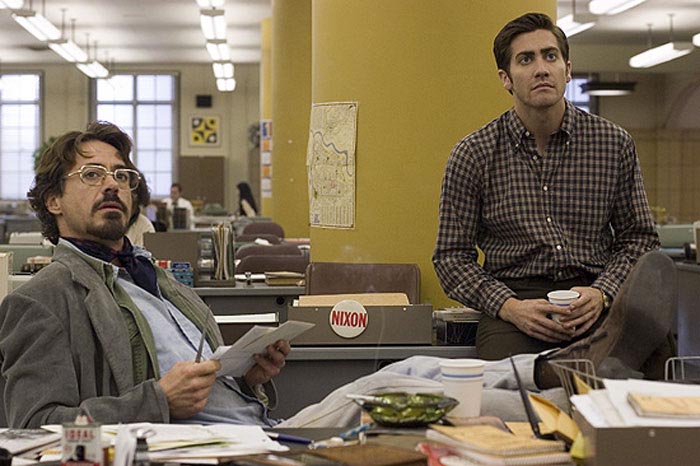 In a movie about obsessive detail, and the life-or-death importance placed upon even the tiniest, one little thing has stood out to me from my first viewing as being slightly... askew. Prominently displayed by the desk of San Francisco Chronicle reporter Paul Avery (Robert Downey Jr.) is a campaign button for Richard Nixon. The problem is that this button reads: NIXON. It has always struck me that Avery would have done what so many of us did at that time, which is to flip the button (or bumper-sticker or whatever) upside-down so that it read NOXIN -- a simple visual gag that's also a kind of cryptogram, and maybe a malformed counter-cultural pun (NIXON = TOXIN). We found it amusing that the monolithic GOP (or the RNC or CREEP or the FBI or some other Republican Establishment entity) had unwittingly, through the use of simple block letters, made it so easy to turn their message on its head. Mild subversive gestures were rarely so delightfully effortless. Best of all: 100% analog! 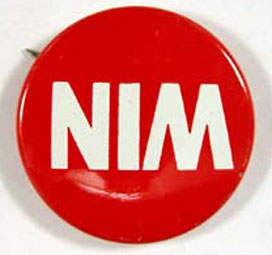 Anyway, I hope you have already made this little adjustment in your Director's Cut of "Zodiac," which I am about to watch. Just in case, I've taken the liberty of making a slight freehand PhotoShop tweak to the still, above.

Next Article: Euphoria in a matter of seconds Previous Article: The Rest is Noise

Euphoria in a matter of seconds

The Rest is Noise