Last spring I was on a panel at the Conference on World Affairs in Boulder, CO, called "Why We Still Go to the Movies." The first thing I said (because it was the first thing I thought of) was: "Permission to stare." I wasn't thinking about any particular movie (the title said "the movies") or about the business or anything like that. I was trying to get at the essential appeal of the movie-watching experience. And, for me, that has always been about looking really closely, and paying rapt attention to what is on view. Remember how your mom always said it wasn't polite to stare? Well, it's just the opposite at the movies.

(Actually, I guess it's not technically staring because my eyes tend to be constantly looking all around the frame to see what's going on, not just fixing on one particular thing. Unless it's a creature of spectacular beauty.)

You can call it voyeurism (because that's also what it is), but it's a special kind of staged, mediated voyeurism. Even when I was a little tyke and my parents would take me to Disney movies like "Pinocchio" and "Bambi" and "Mary Poppins," I of course wanted to lose myself in a Magical World of Entertainment, but I also liked that nobody in there could see me, and that I would be allowed to vicariously experience and study behaviors, situations and emotions that I might encounter in real life, too. Later, I felt the same way about watching Godard and Truffaut and Altman and Welles and Mizoguchi and Ozu and... (And even later I'd find out that was also part of a classic child of alcoholic behavior -- an obsession with trying to figure out what "normal" is and knowing you aren't it.)

A few months ago I e-mailed a dear friend (and former film professor) some images of plants in my garden -- which is something I like to do. During the growing season, which is March to November in the Pacific Northwest, I go out there almost every day -- sometimes several times a day -- and just walk around looking to see what's changing. As I've said many times, these plants are like time-lapse fireworks to me, and I like to capture them in various stages of exploding, playing with the focus and the shutter speed, and taking advantage of changing qualities of light throughout the day, and the season. 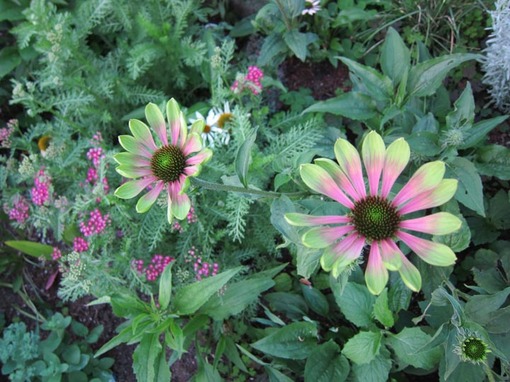 Sometimes I share pictures from the garden, which to me (the designing, planting, growing, maintenance and photographing) is as much a creative enterprise as a novel, or a film. I casually mentioned to my friend that this, after all, is what movies -- and all photography -- are about for me: framing, capturing and creating a record of an ephemeral moment before it changes, passes, dies. When you put a frame around something you have the illusion, at least, of preserving it -- though the preserved image is not the Thing Itself, but just a fleeting perception/representation of it. Like any memory, it is simultaneously the creation of something new, and the impression of something that is already gone.

So, you know, it's all about death. I don't remember when I first realized that about myself, that my mania for framing things through a lens was at heart an attempt to take illusory control over the process of time and decay. I think I was in high school. Yeah, I've always spent a lot of time thinking about terminal non-existence. (I think I've always known, consciously or subconsciously, that death is the final frame, the ultimate context for everything -- because once that frame is complete, that's all there is. No amount of post-production can change it.)

Cinema is a more elastic manipulation of time than still photography, which can combine more than one image in the frame at a time, but can't choose how long each one lasts, or what comes before it or after it. In movies, the frame is fluid: things can come into view and go out of view -- by entering and exiting, or by changing focus, by moving the frame itself, or by cutting (or otherwise transitioning) to another shot.

"Cinema," Martin Scorsese reportedly said, "is about what's in the frame and what's out." Simple and obvious as it may sound, I believe that's one of the most important and essential definitions of the medium ever uttered. And it's not just about movies, but about life. Everything depends on how you frame and re-frame it. 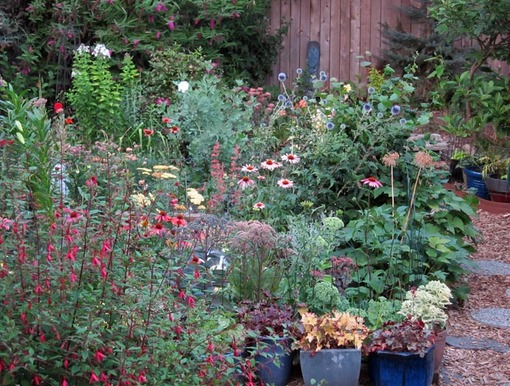