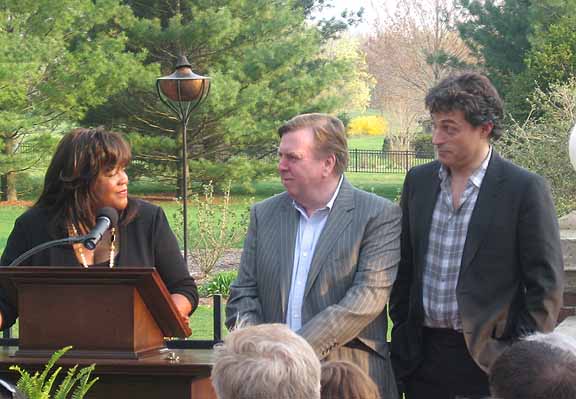 What is Ebertfest without Ebert? Fest? Kicking off the 10th Anniversary edition of Roger Ebert's (formerly Overlooked) Film Festival, Chaz Ebert passed along her husband's sentiments that, today, he was in the wrong place at the wrong time -- that is, in a bed in Chicago instead of in at the Virginia Theatrer in Urbana-Champaign. But, she reported him saying, you could also say the same thing about the day he tripped on the carpet and fractured his hip. Nobody's giving up hope, though. Chaz said they were consulting with doctors day by day and that she wouldn't be surprised if Roger wound up making it here after all before the fest is through. [UPDATE: The next day Roger and his doctors decided that making the trip wasn't worth the health risk.} 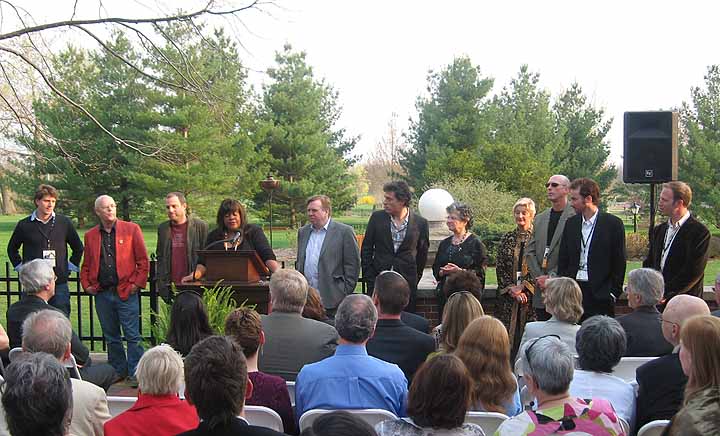 Last year Ebertfest seemed to improve his rate of recovery exponentially, so we can only hope he'll make it to town. (For a sample of good wishes see the comments at his blog, Roger Ebert's Journal.)

So, the festival is just getting started tonight, but already I've learned some things just from talking to people and reading the program. For example:

* From the bio of the Scottish filmmaker Bill Forsyth ("Gregory's Girl," "Local Hero," "Comfort and Joy" -- marvelous '80s cult staples all), who is here along with his 1987 masterpiece, "Housekeeping":

His instincts for remaining on the margins becoming more and more pronounced, Forsyth never felt fully at ease as the maker of commercial feature films. He finally, and with great relief, quit directing films in the 1990s and now spends his time happily writing scripts and, since he is now officially a grumpy old man, letters of complaint to all and sundry.

Let me just add that if you don't know Forsyth's gentle movies (including the 1989 Burt Reynolds comedy "Breaking In") you've missed out on some of the great cinematic joys of the 1980s.
Advertisement 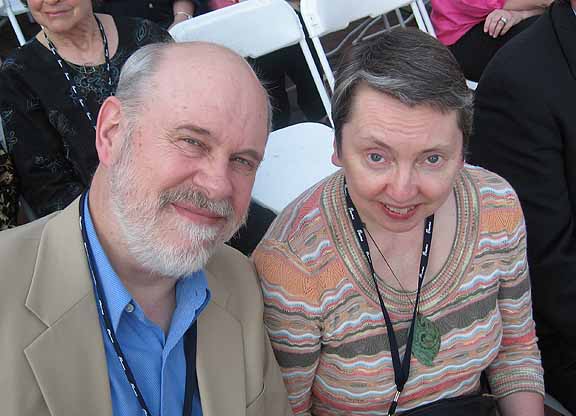 * Josef von Sternberg's 1927 "Underworld" (which I've also not seen, but which is screening with live music by the Alloy Orchestra) is one of the first gangster pictures. From Kristin Thompson's festival essay:

Apart from being a beautifully made film, "Underworld" introduced the basic conventions of the gangster genre as we think of it today. There had been plenty of movies including gangsters before 1927, but they were always the villains.... [You'll recall that Howard Hawks' 1932 "Scarface" was sub-titled "The Shame of a Nation" and a coda was tacked on denouncing Tony Camonte, just in case you found Paul Muni's characterization too charismatic.] None of these films actually had a gangster as the protagonist. With "Bull" Weed [played by George Bancroft in "Underworld"] the notion of the "good-bad" man, the sympathetic criminal that William S. Hart had popularized in Westerns came into the gangster genre. Much credit for helping to define the genre goes to the great ["Scarface" writer] Ben Hecht, whose original screenplay received "Underworld"'s only Oscar in the first year those awards were given.

* OK, this I did know, but I was mildly surprised when I blurted it out during a live local TV interview way too early this morning outside the Virginia Theatre. When WCIA Channel 3 reporter Amber Jenne asked me what I was going to be doing all weekend, I just said what was on my mind: "I'm going to be watching movies with David Bordwell and Kristin Thompson!" That's what I enjoy most. We sit way up front. David sometimes uses a counter to keep track of the number of shots in the movie, so as to determine the Average Shot Length. Such is the joy of Ebertfest. (And to Matt Zoller Seitz: We really appreciate the shout out you gave us this morning!)

We'll be here all weekend...

(Special thanks, as always, to Keeem Robeson for technical assistance on the run...)