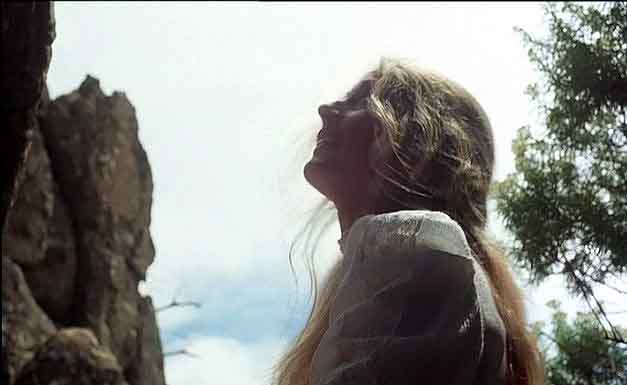 Now that "The Descent" has passed its second weekend, I thought I'd begin posting some of the visual quotations I'd promised. But first, there's one auditory quote that should be mentioned. When Sarah goes off to explore inside the cave, she hears -- or thinks she hears -- the laughter of a child, reminding her of her dead daughter. That's a direct reference to Nicolas Roeg's "Don't Look Now," maybe the scariest movie I've ever seen, and definitely one of the finest psychological horror pictures that wasn't directed by Roman Polanski.

"The Descent" invokes an ineffably unsettling moment from Peter Weir's best film, "Picnic at Hanging Rock." On the climb up to the cave, Juno simply stops and looks at the wilderness around her. There's something strange, wild, and mysterious in the air -- something beyond the ken of these women as they are about to begin their descent.

After the jump: "The Shining." 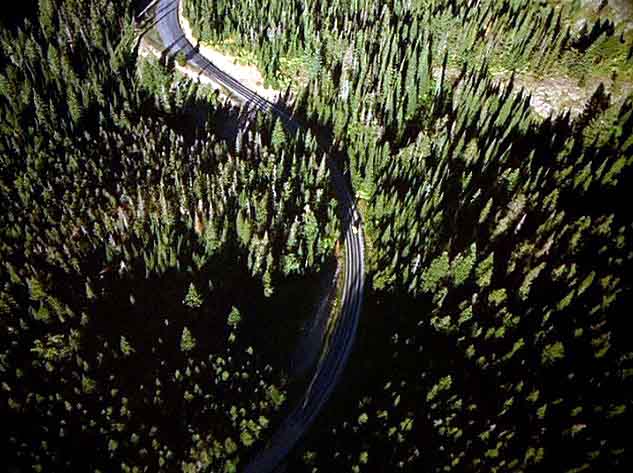 Not only are these wide-angle helicopter shots of the trees (and the ant-like cars -- quite literally a Bug in Kubrick's movie) virtually identical, but the soundtrack of "The Descent" even echoes "The Shining" with a spooky synthesizer wash at the very moment the image comes on screen. Back in 1980, I recall writing that Kubrick's Oregonian trees looked like stalagmites -- all the more to the point a quarter-century later in "The Descent"!