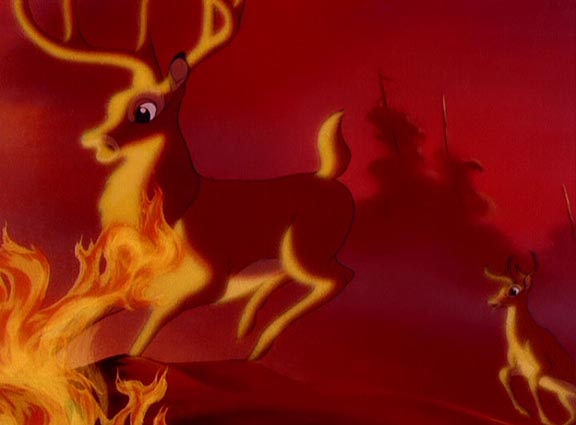 Now this is how to make a list. Richard Corliss writes for Time magazine, a mainstream publication, but that doesn't prevent him from slipping in those inspired, idiosyncratic Corli-cues™ of his. (I just made up that word, and I know it's not a very good one.) Argue all you like with RC's choices (that is the point), this list strikes me as a brilliant balancing of the expected and the unexpected, the mainstream and the marginal, from 1896 to 2004. I think it will thrill you. It might shock you. It may even... horrify you! So if any of you feel that you do not care to subject your nerves to such a strain, now's your chance to, uh, well, we warned you.

So, sure, you see "Red Dragon" (2002) on there and you immediately think, "The Brett Ratner Hannibal Lecter movie? Has he lost his mind?" Then you think, "Well, at least it's better than the Ridley Scott one. Although he also liked that." And then you remember that Corliss never much cared for "Silence of the Lambs" ("a competent but pallid version of Thomas Harris' soul-chilling novel"), so it kind of makes perverse sense.

And then, beyond the solid chunk of essential 1960s and '70s titles (which together account for 11 slots in the reverse-chronological list of 25 -- and that doesn't even include "Don't Look Now," although of course it should), you spot... "Bambi" (1942). Doe! Why didn't I think of that?! Disney's mommy-killing nightmare was surely the most traum-atic horror movie for every generation of children since it was released -- and one that parents still enjoy "sharing with" (or inflicting upon) their kids. (Compare and contrast with the "Baby Mine" scene of the previous year's "Dumbo," an excruciatingly protracted exercise in maternal separation anxiety that is the essence of emotional torture porn.)

The punchline, though, is the last (and oldest) title in the list, by the Lumiere brothers. I'm not going to give it away, but in its day it provided 50 seconds of terror that must have compared with the "Psycho" shower sequence.

Be sure to read what Corliss has to say about each of his selections. It's fun...