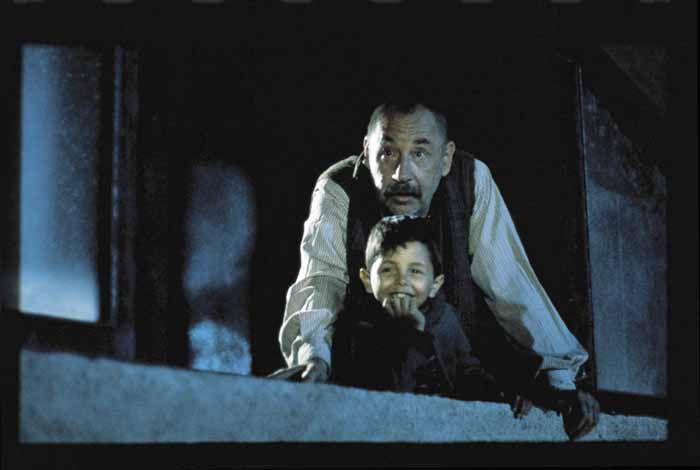 No they didn't. Did they?

Oh, those ignorant Brits! The Guardian recently published the results of its public poll for the "40 Greatest Foreign [sic] Films of All Time." Of course, we love these silly consensus games because they offer such a terrific opportunity to express outrage. Like this fellow, who denounces his limey countrymen (and -women) for their cretinous taste in a letter to the editor:

Your list of the top 40 greatest foreign films, voted for by readers (Films and music, May 11), serves only to expose the paucity of foreign-language films in the UK, together with a chronic loss of knowledge or appreciation of cinema history. What we get is a hotchpotch of well-worn classics and recent international hits of dubious merit. Your film writers chide the voters too gently. There is only one silent film ("Battleship Potemkin"): no "Napoleon," "Metropolis," "Passion of Joan of Arc" or "The Last Laugh. " Only one other title from before 1945 (Renoir's "Régle du Jeu)"; and no room for Dreyer, Lang, Murnau, Gance, Vertov, Mizoguchi, Rossellini, Antonioni or Visconti (where is "The Leopard"?). Then to find Roberto Benigni's inane and offensive "Life is Beautiful" included is the final insult.Clyde Jeavons London

Yikes! Those Brits should be barred from the cinema! Why, if USA Today were to conduct such a poll, the results would be... probably very similar. (But how do you tell what language the actors are speaking in a silent film when the intertitles have been swapped out? Best Films Not Lip-Read in English?) I have a better idea. Let's do a poll of the 40 best films of all time that were not made in any of the Romance Languages. Or how about the best films of all time in which nobody speaks Welsh. That ought to be comparably enlightening...