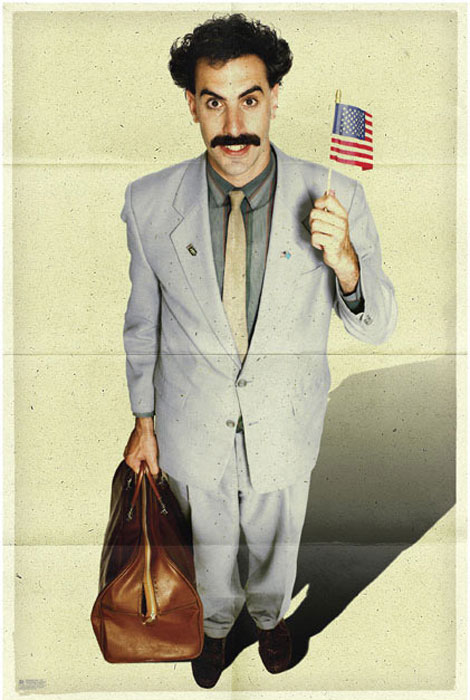 The Anti-Defamation League (ADL) has issued the following statement about "Borat: Cultural Learnings of America for Make Benefit Glorious Nation of Kazakhstan," which opens in the US November 3:

When approaching this film, one has to understand that there is absolutely no intent on the part of the filmmakers to offend, and no malevolence on the part of Sacha Baron Cohen, who is himself proudly Jewish. We hope that everyone who chooses to see the film understands Mr. Cohen's comedic technique, which is to use humor to unmask the absurd and irrational side of anti-Semitism and other phobias born of ignorance and fear.

We are concerned, however, that one serious pitfall is that the audience may not always be sophisticated enough to get the joke, and that some may even find it reinforcing their bigotry.

While Mr. Cohen's brand of humor may be tasteless and even offensive to some, we understand that the intent is to dash stereotypes, not to perpetuate them. It is our hope that everyone in the audience will come away with an understanding that some types of comedy that work well on screen do not necessarily translate well in the real world -- especially when attempted on others through retelling or mimicry.

My response: If anybody is stupid enough to think that "Borat" reinforces their own bigotry, then they can find reinforcement just about anywhere -- including the ADL's statement, which will probably do more to unintentionally inflame anti-Semitism than anything in "Borat."