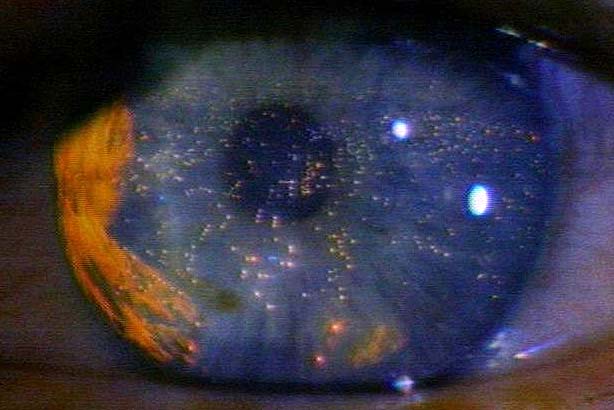 The naked eye: What would reality "look" like, if our senses could perceive it?

The debate about whether video games are art continues unabated, but maybe there's another question that transcends it: Are video games just a smaller simulation of reality? Or, is life as we know it a form of video game? John Tierney, the libertarian former Op-Ed columnist for the NYT, ponders the notion that consciousness is digital and virtual:

Until I talked to Nick Bostrom, a philosopher at Oxford University, it never occurred to me that our universe might be somebody else’s hobby. I hadn’t imagined that the omniscient, omnipotent creator of the heavens and earth could be an advanced version of a guy who spends his weekends building model railroads or overseeing video-game worlds like the Sims.

But now it seems quite possible. In fact, if you accept a pretty reasonable assumption of Dr. Bostrom’s, it is almost a mathematical certainty that we are living in someone else’s computer simulation.

This simulation would be similar to the one in “The Matrix,” in which most humans don’t realize that their lives and their world are just illusions created in their brains while their bodies are suspended in vats of liquid. But in Dr. Bostrom’s notion of reality, you wouldn’t even have a body made of flesh. Your brain would exist only as a network of computer circuits.

You couldn’t, as in “The Matrix,” unplug your brain and escape from your vat to see the physical world. You couldn’t see through the illusion except by using the sort of logic employed by Dr. Bostrom, the director of the Future of Humanity Institute at Oxford.

Dr. Bostrom assumes that technological advances could produce a computer with more processing power than all the brains in the world, and that advanced humans, or “posthumans,” could run “ancestor simulations” of their evolutionary history by creating virtual worlds inhabited by virtual people with fully developed virtual nervous systems. [...]

There would be no way for any of these ancestors to know for sure whether they were virtual or real, because the sights and feelings they’d experience would be indistinguishable. But since there would be so many more virtual ancestors, any individual could figure that the odds made it nearly certain that he or she was living in a virtual world.

It's "The Matrix," "Blade Runner" and Errol Morris's superior and even more challenging and imaginative "Fast, Cheap and Out of Control" merged into one. And, as David Cronenberg will tell you, evolution is not limited to the organic...
Advertisement