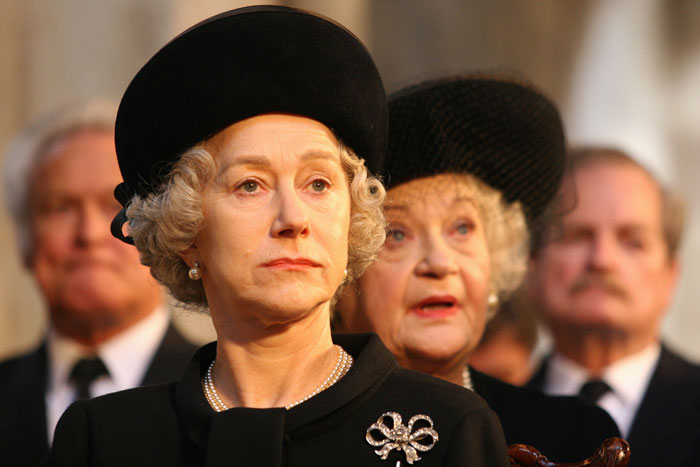 In this morning's New York Times, A.O. Scott offers his "Critic's Notebook" view of where the NYFF fits into movie culture (at least in New York). Scott sees it as a showcase for "quality." Compare to my questions and comments about NYFF:

Film festivals crowd the calendar and circle the globe, but New York’s is different. Instead of hundreds of films, it presents a few dozen, and it presents them, for the most part, one at a time, rather than in a frenzy of overscheduling. It is neither a hectic marketplace nor a pre-Oscar buzz factory, like Cannes or Toronto, or a film industry frat party, like Sundance. Its tone tends to be serious, sober, and perhaps sometimes a little sedate, even when the movies it shows are daring and provocative.

If I may trot out another metaphor, the New York Film Festival might be compared to an established, somewhat exclusive boutique holding its own in a world of big box superstores, oversize shopping malls and Internet retailers.

If you want quantity — racks and shelves full of stuff to sort through in the hope of finding something that might fit your taste — wait for Tribeca, with its grab-bag programs and crowd-pleasing extras. The New York Film Festival, in contrast, prides itself on quality, refinement and selectivity. It is not so much programmed as curated. This selection is a form of criticism — it involves applying aesthetic standards and deciding that some films are better than others — and to understand this festival it helps to understand that its selection committee, led by Richard Peña, the festival’s program director, is made up of film critics. This year’s movies were chosen by Mr. Peña; Kent Jones, associate programmer at the Film Society and editor at large of Film Comment; Lisa Schwarzbaum of Entertainment Weekly; John Powers of Vogue; and Phillip Lopate, editor of the recently published Library of America anthology of American movie criticism and an all-around man of letters.

These critics, like others in their profession, incline toward material that is sometimes described as difficult or challenging, but that requires a disciplined, active attention. In previewing the movies that will be shown over the first week of the festival — and some that will come later — I have been struck by how few of them conform to the conventions of genre and narrative that dominate American commercial cinema. The split between the domestic mainstream and the world of international “art"? films has rarely seemed so wide. As the big Hollywood studios, with their eyes on the global market, strive for maximum scale and minimal nuance, independent-minded filmmakers in other countries seem to be going in the other direction. Or, rather, in their own idiosyncratic directions, forging a decentralized, multifarious cinema of nuance, intimacy and formal experimentation.

I don't question Scott's description of the festival's selectivity, or the motives of the programming committee -- fine, qualified movie people all -- to pick the movies they think are the best of those submitted for consideration.

But when nearly every film in the line-up has already been shown (and received international press coverage) at Cannes, Telluride and/or Toronto, and is then going into domestic theatrical release within a few days or weeks of its NYFF screening, what does the festival itself do for these films? Where's the "prestige" (a word Scott does not use, but Caryn James did in her earlier piece) come in, when the program is cherry-picked mostly from films that have already premiered at other, more prominent (and in Telluride's case, even more "exclusive" and "selective") US and European festivals? Where is the excitement of discovery a festival can offer, when virtually everything has been pre-discovered and there is nothing unheralded to be found around the edges of the galas? Don't misunderstand me -- I see no reason why a movie shouldn't play all these festivals. But what is "special" about NYFF? Is it really, as some have said, the New York Times Film Festival, because the NYFF showing marks the occasion of a Times review? (Like the opening night film, "The Queen," which is a festival premiere only in a technical sense, since it plays the festival on Friday and goes straight into theatrical release on Saturday.) Is that the NYFF's primary significance? Discuss.