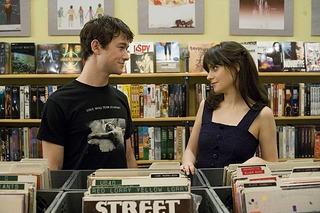 I have not been able to find the context in which the cutesy ad blurb above originally appeared. It's not in Travers' review at RollingStone.com. Maybe he spoke it, or something like it ("It will own you"), in video or podcast remarks. I've seen it used in web ads and TV spots. But, really, what was Travers trying to communicate by employing this phrase? That the movie vanquishes you, the viewer? (At least he didn't say "pwn.")

What's the adjectival form of "n00b"?