Aboard the movie to Vancouver

Vancouver, BC, is a lovely town (not that I ever get to see any of it during the Vancouver International Film Festival, where I'm writing from) -- comparable in scenic beauty to my beloved home burgh of Seattle, and only three hours north by train. That is one dreamy train ride, too. (And Amtrak Cascades service has free Wi-Fi in coach and business class!) To me, a train is a movie on rails: the windows are like frames, the track is like the ribbon of film winding its way through the projector... 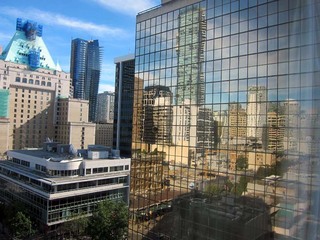 And, of course, how can you not have movie-memories whenever you board a train? "North By Northwest" is the first thing that always comes to my mind -- and "Twentieth Century," "Some Like It Hot," "That Obscure Object of Desire," "The Major and the Minor," "The Lady Vanishes"... (no, I am not going to think about "Unbreakable" or "Source Code").

Here are a few location "stills" from this year's VIFF production... 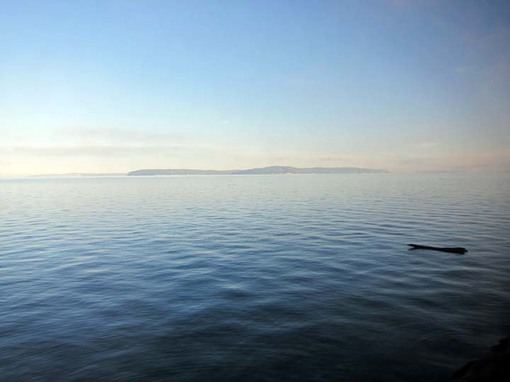 Above: Most of the trip is right along the water. This is Puget Sound, just a few miles north of Edmonds, WA. 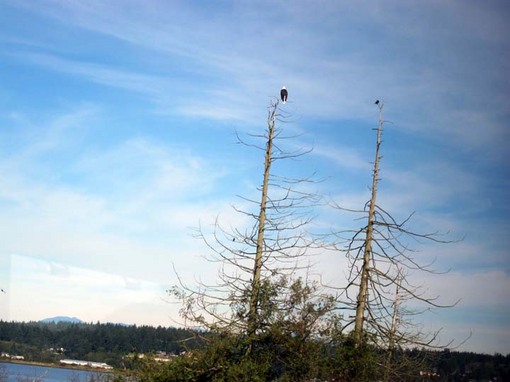 Above: Bald eagle atop a snag in Mud Bay. 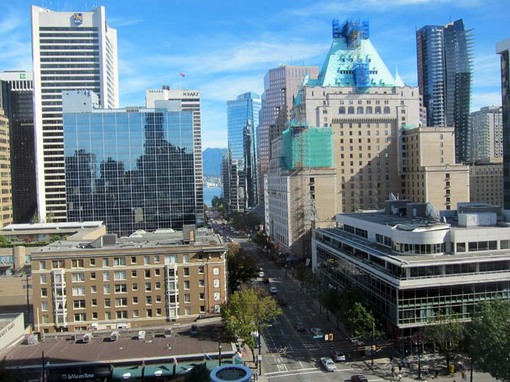 Above: View from my 11th floor hotel room. Nice to wake up to this sight. 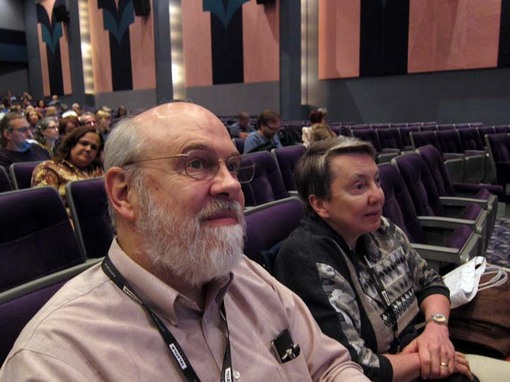 Above: "It's called acting!" Film scholars, authors, lecturers and bloggers extraordinaire David Bordwell and Kristin Thompson are directed to get that expectant, "when the lights go down" look in their eyes as we wait for a movie to begin. 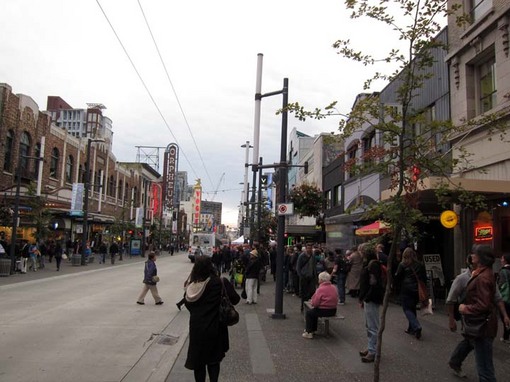 Above: Granville Street, where most of the festival action takes place. On the right is the Empire Granville 7, a multiplex with screenings all day every day. The next block down is the recently restored Vogue Theatre, which isn't a good place to see a movie. It's mostly used for music these days, and that's a good thing. The main aisle is down the center of the auditorium, the screen is teeny for such a big house and set way back from the edge of the stage (there may be, or once have been, an orchestra pit between the front row and the stage, too), and the cramped wooden seats are like 10-gallon wine barrels cut in half. After attending one screening there, I avoided it. 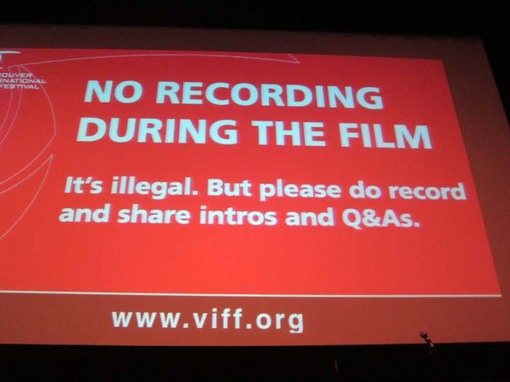 Above: If the Grateful Dead had been a film festival, perhaps it would have been Vancouver's.