Your new age, and mine 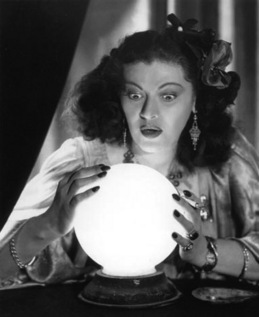 Most events called "psychic" do not take place at all, but only seem to. All the events we can perceive take place in a rational universe governed by physical laws. They can be explained by human thinking and do not require a supernatural loophole. I'm drawn to this thinking by Clint Eastwood's new film, "Hereafter." You may have absorbed the idea that it's about the afterlife. It would be fairer to say it's about the common human need for there to be an afterlife.

When I write that I expect to experience no more after death than I experienced before birth, I receive comments from people who pity me. They wonder how I can possibly live with such a bleak prospect.

I find it more cheerful than most of the other possibilities that have been floated. I don't want to come back as an insect, haunt unquiet places as a ghost, or gaze down benevolently on my loved ones below as they, and all their generations to the end of time, die from mayhem or disease. I am also offered the possibility that I will be absorbed in God's love for all eternity, which is a better offer, but lacking in definition. If that means what it seems to mean, and if God is infinite (as he must be), then the role played by "me" can hardly be aware or conscious in any meaningful way. But I will become part of the universal, you say? I already am. You, too.

There is, however, one form of immortality that is guaranteed, if unrewarding. We certainly live on indefinitely in our constituent atoms, which will be recombined in dust, flowers, trees, the wind, other living beings, and eventually in cosmic stardust. 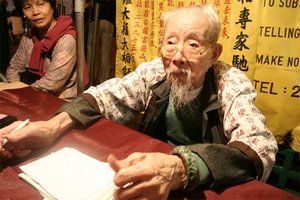 "Hereafter" centers on a man named George Lonegan (Matt Damon) who believes he has a real psychic gift (he calls it a curse). When he touches another person's hands, there is a jolt and sudden flash, and he becomes a conduit to that person's loved ones in the afterlife. He transmits their messages for the living. Often these messages are uncanny in the private knowledge they contain. George at one point had a web site and a wide reputation, but could no longer endure the burden of his séances; he has gone into construction work and shuns all psychic activities. The film is about his reluctant agreement to act as a medium for a few people, including a small boy who desperately longs for his twin.

It would indeed be a curse if you could read minds. A familiar theme in science fiction is a person tortured by the minds of those around him in the city -- by their fear, terror, remorse. In Salmon Rushdie's Midnight's Children, the hero finds he can telepathically communicate with all the children born at the moment of Indian independence. He convenes them regularly in his mind. This he does with such suspicious ease, I believe, because Rushdie's novel is not about telepathy but about India. The mind-reading device does him no favors, however, and the novel loses its life and urgency when he resorts to it. 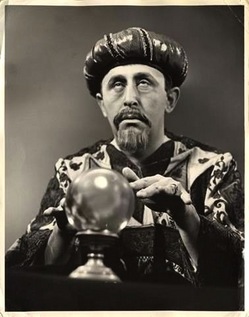 If a person could really read your mind or foretell your future, should they charge for it? As Eastwood's movie makes clear, most psychics are frauds, in it for the money. But what if one in a hundred, or a million, was the real thing? "Hereafter" suggests that George might be such a person. That singular person would, I suggest, be driven stark mad soon after birth. But if the gift could be controlled -- say, by acting only when hands are held -- that would allow some degree of mental order. (The prospect of being able to read the mind of a partner during sex is as horrifying as having your own mind read at such a time.)

Let us assume George has a gift. That he tells people things he has no way of knowing. Is Eastwood saying he's truly reading minds? Yes, then he would be. But is he communicating with the dead? Close attention to the film reveals that Eastwood and his writer, Peter Morgan, don't make that claim. They never say concretely what does happen, although something does. Believers will assume George talks with the dead. That is not the only possibility. 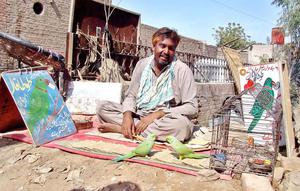 Here I'm not, however, going to fall back on the theories of skeptics like James Randi and say George is an unusually intuitive person who picks up vibes and combines them in a Sherlockian manner with cues from clothes, accents, casual remarks and feedback. We all do that all the time. We meet a new person and arrive at instant notions of who they are, what they're like and how they're thinking. Are we correct? You know you do this. Judge for yourself.

I believe it possible that telepathy in some inchoate form can exist. I think it very unlikely, but that's not today's subject. I believe it's possible that communication can take place between two physical minds in a physical universe, with the supernatural not involved. I believe it possible that some few people may be able to inspire heightened transmission from another mind by touching hands or otherwise supplying a psychic jolt. That the "medium" receives images and and personal information of great importance from other people. And that the psychic then repeats back to those people what they desire to hear.

Neither the psychic nor the subject would necessarily be aware this is happening. That would explain why so few communications from beyond the grave are morose or terrifying. Dead spirits never tell us, "I died miserably and am in torment, and you face the same fate." That isn't what we want to hear, and therefore wouldn't be what we transmitted. Indeed, every living person in "Hereafter" receives uplifting information. (Some of it, the film suggests, is knowingly created by George as an act of mercy.) 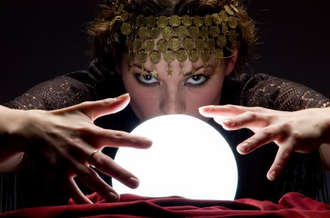 To be clear: I think this is very highly unlikely indeed. But the more we learn of quantum matters, the slower we must be in declaring things impossible. If the scenario I suggest is possible, actual dead spirits and an afterlife are not necessary. The whole transaction takes place here in the rational universe, using a process we don't understand and may never understand. Not understanding something is not a good reason to declare it supernatural.

There is of course a loophole in my reasoning. What if telepathy, as I suspect, is completely impossible? Yet still a psychic communicates private information he has no way of knowing? Doesn't that require a supernatural level? Not necessarily. Storefront fortune tellers communicate such information all the time. How do they do it?

Typically, they begin with a "Barnum Statement," named after P. T. Barnum, who said "A circus should have something for everybody." For example, they might tell you: "Disciplined and self-controlled outside, you tend to be worrisome and insecure inside. At times you have serious doubts as to whether you have made the right decision or done the right thing. You prefer a certain amount of change and variety and become dissatisfied when hemmed in by restrictions and limitations." Is that true of you? It's certainly true of me. And it was true of every single subject of a famous experiment made by a psychologist named Bertram Forer, cited in this invaluable link. 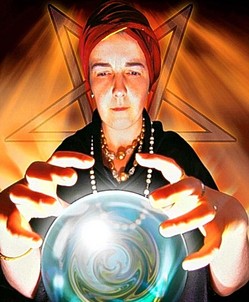 The link is to a report in Skeptical Enquiry, which argues that Rorschach inkblot tests are simply a form of fortune-telling. It continues by analyzing a typical psychic reading:

"After being warmed up with Barnum statements, most clients relax and begin to respond with nonverbal feedback, such as nods and smiles. In most psychic readings, there arrives a moment when the client begins to 'work' for the reader, actively supplying information and providing clarifications. It's at this critical juncture that a skillful cold reader puts new stratagems into action, such as the technique called the 'push.' A psychic using the push begins by making a specific prediction (even though it may miss the mark), then allows feedback from the client to transform the prediction into something that appears astoundingly accurate."

The article observes that many psychics are sincerely convinced they have a real gift. I'm sure that's possible. I believe they may have exceptionally well-developed empathy and sensitivity, and do actually pick up "vibes." Their readings may be beneficial, as any attention and sympathy from another person is beneficial. An analyst using a Rorschach test may also be sincere, and may obtain valuable psychological information. But the information has come from the client, and not from woo-woo floating in the aether. That would be consistent with my other theory about telepathy: In one way of another, we read our own minds. 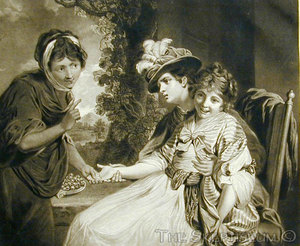 It's my guess that "Hereafter" reflects the beliefs of Clint Eastwood and Peter Morgan that such is the case. Of course they don't come out and say so, because their film is not about whether psychics are frauds, or whether there is an afterlife. It is, gently, warmly, kindly, about how we desperately desire for there to be an afterlife. George, the Matt Damon character, is a good and honest man. He isn't a genuine psychic, but he doesn't know that. He's real enough to himself and to the people he helps. There is positive therapy to be found in the process of going through a healing process, whether or not it's based on reality. He helps people. They feel helped.

Eastwood sees those people with a great deal of love: The woman whose life is transformed by the tragedy in the opening scenes. The man who loved his wife and feels he can't carry on without her. The cooking student with dark inner fears. The little boy who misses his dead twin brother. They all need to know that life is not as bleak as it seems. They need to believe those they loved still survive in some form. These are needs as long as the history of Man.

In my opinion, there is no solace for these needs. We live, we die. That is not a tragedy. The tragedy would be never having been born. The number of possible lives that have never been lived is so large that actual lives represent a vanishingly small number after a decimal point and a great many zeros. We won a cosmic lottery by being not only alive but being self-aware and able to think rationally. That is cause for joy. We should collect our winnings and feel grateful when we die.

But we are humans, poor, frail, fearful, hopeful. We seek solace. I believe "Hereafter" understands that. It is a deeper and more subtle film than many will realize. In my review, I deliberately avoided any mention of Clint Eastwood's age. Some reviews suggested he made this film because he's getting older, and his thoughts turned to mortality. That is condescending. Our thoughts turn to mortality every day, as is natural. The important thing is that Eastwood's thoughts didn't turn to immortality. The stories in his film take place entirely on this side of the grave, as all stories must.